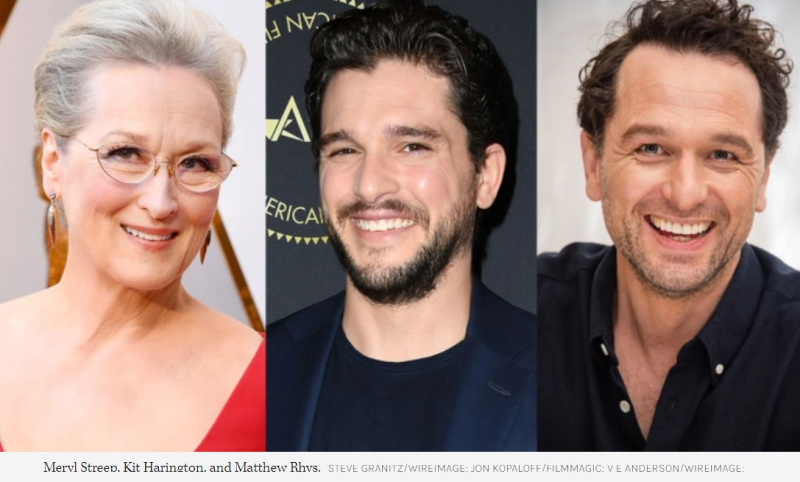 Apple TV+ has lined up a star-studded cast for a climate change anthology series. Meryl Streep, Kit Harington and Matthew Rhys will head the ensemble for Extrapolations, an eight-episode drama, according to the Hollywood reporter.

Extrapolations, which is currently in production, will tell interconnected stories about how the upcoming changes to the planet will affect love, faith work and family.

Writer Scott Z. Burns stated that "The only thing we know for sure about the future is that we are all going there together — and we’re taking with us our hopes, our fears, our appetites, our creativity, our capacity for love and our predilection to cause pain. These are the same tools that storytellers have been using since the beginning of time. Our show is just using them to keep time from running out."

"Snoopy in Space" lifts off for season two on Friday, November 12

Apple TV+ today released the out-of-this-world trailer for season two of "Snoopy in Space," premiering all 12 episodes on Friday, November 12, on Apple TV+. After exploring the moon and visiting the International Space Station in season one, Snoopy and the Gang are ready for their next big adventure, an epic journey across the universe to discover if there really is life outside of Earth.

Join Snoopy on an epic interstellar road trip as our intrepid beagle tackles one of the most compelling mysteries of humankind: is there life out there in the universe? Snoopy and his friends bring NASA’s most exciting current research to life, from searching for traces of ice and ancient fossils on Mars, to drilling into oceans hidden inside of distant moons, and even seeking out exoplanets far beyond our own solar system. Of course, like any good road trip, Snoopy and Woodstock’s journey includes lots of extra adventures along the way, plus plenty of support from Charlie Brown, Franklin, Marcie, Linus and the rest of the Peanuts gang back at Johnson Space Center. Let the adventure begin!