After anti-monopolists rebutted the security threat argument from tech companies, Apple roars back with a detailed paper on the dangers of Sideloading

Apple begins their report stating that the "iPhone is a highly personal device where users store some of their most sensitive and personal information. This means that maintaining security and privacy on the iOS ecosystem is of critical importance to users. However, some are demanding that Apple support the distribution of apps outside of the App Store, through direct downloads or third-party app stores, a process also referred to as 'sideloading.' Supporting sideloading through direct downloads and third-party app stores would cripple the privacy and security protections that have made iPhone so secure, and expose users to serious security risks. 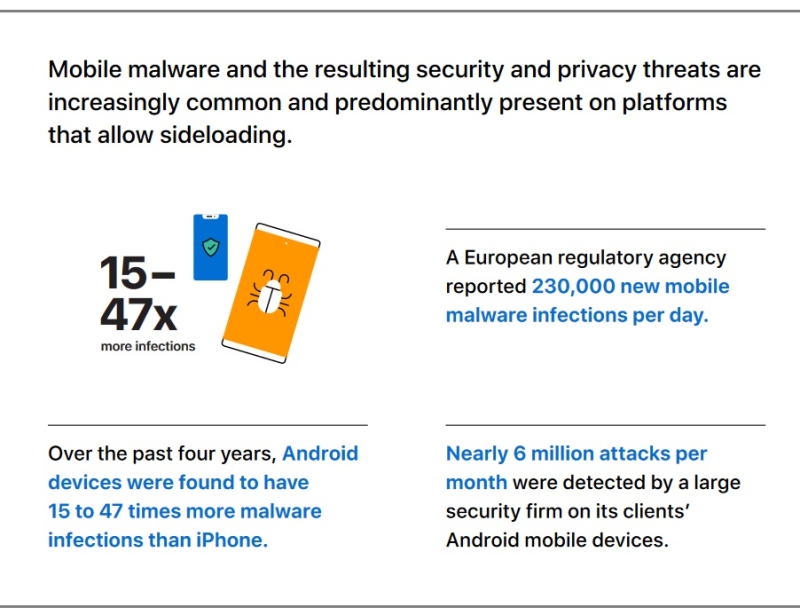 Apple adds at the end of their report that "Government and international agencies worldwide, as well as security experts and cybersecurity providers, widely caution users about the risks posed by downloading apps from third-party app stores."