Home Archives Contact Us Subscribe Twitter Facebook Patently Mobile
This Week in Trademarks: Apple's Latest version of MagSafe was given 'Registered' Status while filing for the figurative version of Apple AirTag +
Apple Releases a first-look at 'Finch' Debuting next week, a Teaser for Season 3 of 'Servant' and a Behind-the-Scenes look at 'Swagger' 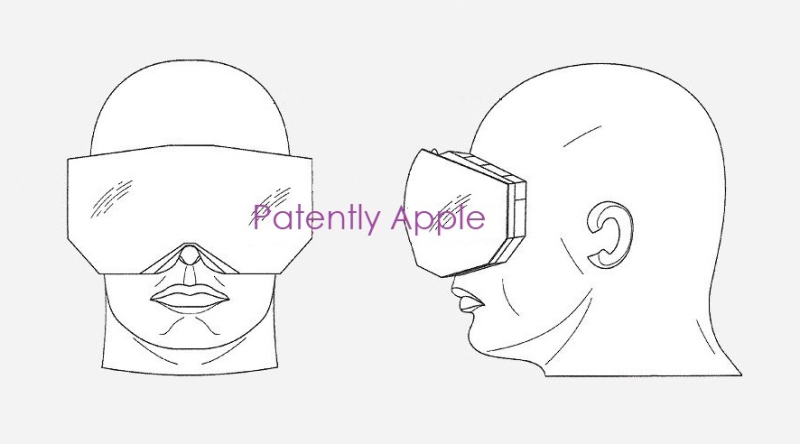 Patently Apple has covered 313 patents from Apple (applications and granted) to date and no other future product even comes close to that number of patents, making it inevitable that this is going to be Apple's next big thing. Apple's patents cover both a Mixed Reality Headset Device and smartglasses. The former is far more complicated in that Apple is considering so many different technologies and features to include in the HMD over time such as a corrective lens system, a specialized motion detector, magnetically attached speakers as noted in the patent figures below along with accessories like VR gloves (01, 02 & 03)  and so much more. 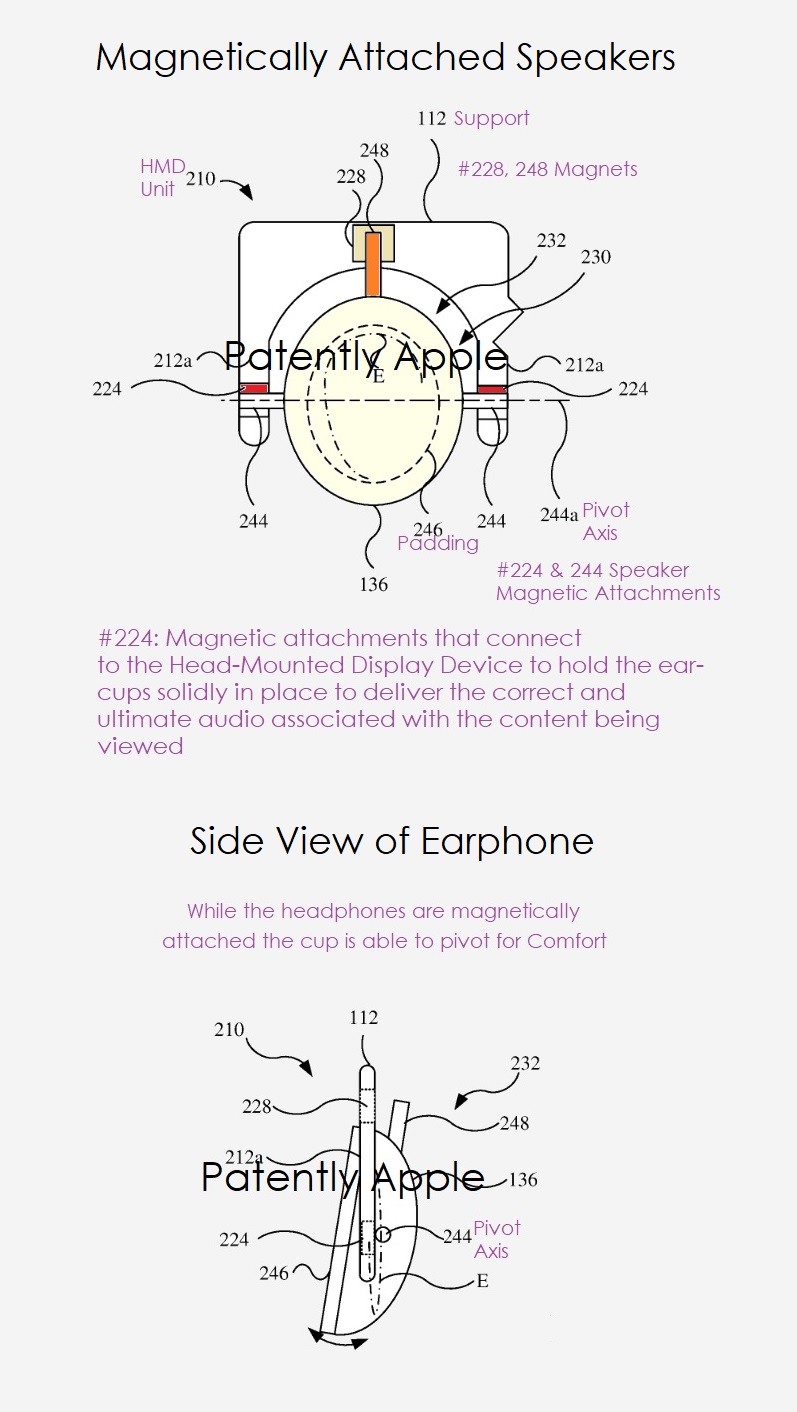 Smartglasses on the other hand could be complex or simple depending on what Apple is trying to achieve at the outset. Complex glasses would include a direct to retina projectors. A simple version of Apple's smartglasses could simply be an iPhone that slips into a specialized receptacle accessory  or skip VR at the outset and focus on simply keeping the competiton like Facebook/Meta + Ray-Ban, Google (via their "North" smartglasses acquisition) in check or even challenge HTC's entry into social VR experiences via their new VIVE FLOW VR glasses (not for gaming).

The money is on Apple initially leaping into the VR market with a high-end Mixed Reality headset. In 2019 "The Information" reported a major rumor on Apple's headset. They followed up in February 2021 describing swappable headbands and eye-tracking and again in September.  Of course, Apple analyst Ming-Chi Kuo has made a series of predictions over time, such as this one and Bloomberg's Mark Gurman has over time written a number of reports about such a development at Apple.

So it's no surprise that Mark Gurman's latest Power On newsletter touches on this again by noting: "Apple is planning to unleash its own pricey device with advanced chips, displays, sensor, and avatar-based features as early as next year."

Clearly Gurman is describing an advanced mixed reality headset and not smartglasses as most Apple news sites are promoting today in their main imagery.

Gurman goes on to state that "Apple’s first headset will be of the mixed reality variety. That means it will have both AR and VR capabilities. While gaming can be done in both environments, virtual reality is what you want for seriously high-performance games with top-tier graphics. For Apple’s first headset, that’s what it’s shooting for: a mixed reality experience that can handle games in high-quality virtual reality with snappy chips and high-end displays."

As for future smartglasses, Gurman thinks that "Years down the road, you’ll see a true AR-only headset." It's going to take a lot of time before Apple and the industry will be able to either shrink or reinvent components that will fit into a thin framed pair of glasses that provide true VR experiences.

Unlike Apple patents that provide the public with information on the actual work being done and researched on these future headset, today's HMD rumor was light on real meat. On the flipside, it's always good to hear about Apple getting closer to finally bringing their fans a shiny new product category to get excited about. Whether it arrives in 2022 or 2023 is still unclear, but we're getting closer to be sure.

Apple's product "Update-itis" (a condition or state) is getting a little boring of late and so a next-gen headset with a new UI concept and perhaps an accessory or two to kick things off will truly light a new fire under the Apple community worldwide for another decade as the hardware and software evolves.

For many of us, it can't come soon enough.