While Apple is Seeking a 5-Year Extension to their Data Center Site in Ireland, a High Court Challenge is attempting to Kill the Project 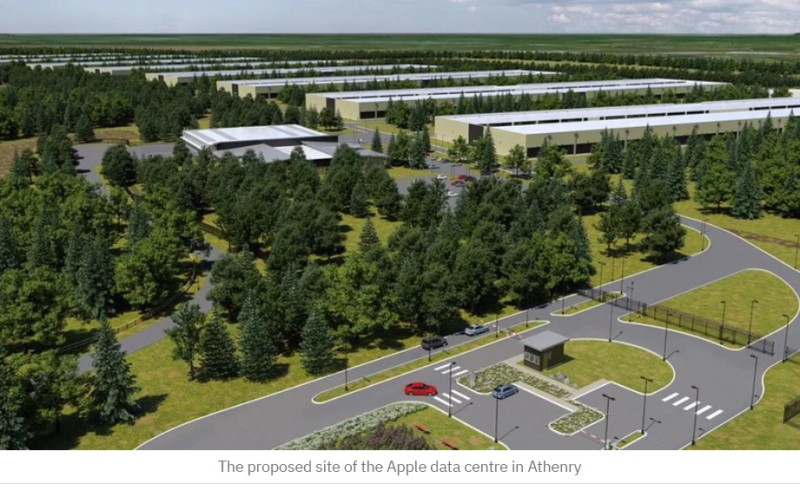 In late June, Patently Apple posted a report titled "Apple is Seeking a 5-Year Extension to their Data Center Site in Athenry, County Galway, Ireland that they walked away from in 2018."  The report noted that Apple had re-applied for planning permission to build a data center in Athenry, County Galway, as the deadline to deliver on the original plans for the site are nearing expiration.

Today, it looks like Apple's application could be rejected. It's being reported by RTE that a High Court challenge has been brought against a decision to extend the life of a planning permission granted allowing tech giant Apple build a data centre in Co Galway.

The High Court heard that Galway County Council was not entitled to make a decision extending planning permission to build the centre, located near Athenry.

The High Court heard today that one of the local residents who took the earlier action, Mr. Allan Daly, now seeks to challenge Galway County Council's decision to extend the duration of the original planning permission granted to Apple in 2016.

It is also argued that the development requires to be assessed in order to comply with EU directives on habitats and EIAs.

Documentation submitted in respect of those requirements were prepared six years ago, counsel said.

The information in those documents is out of date, and needs to be updated before any decision to extend permission could be made, counsel added.

Carbon emissions targets and policies have changed significantly in recent years, and no account seems to be taken of this, it is alleged.

Galway County Council was not entitled to make a decision extending permission without first being provided with up-to-date material regarding habits and an EIA, counsel said. For more on this, read the full RTE report here.