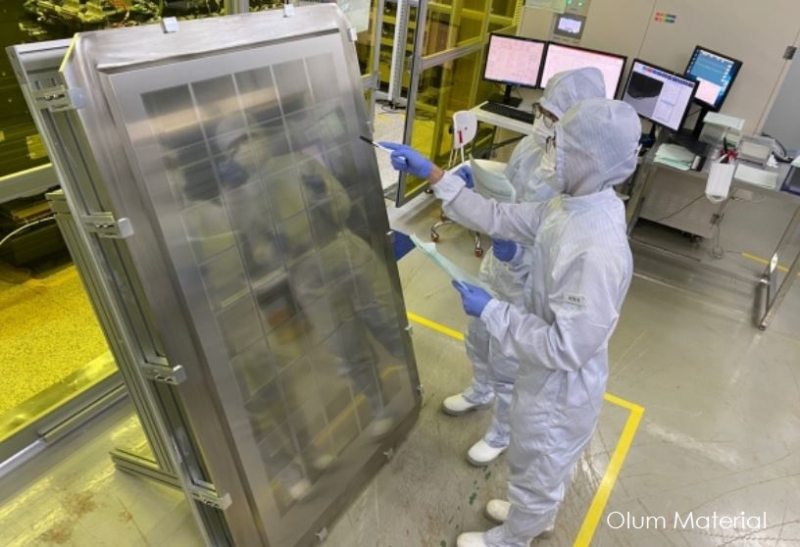 Today, both Samsung and LG Display use OLED display equipment using OLED FMM (Fine Metal Mask) from Japan’s Dai Nippon Printing that dominates the industry. However,  Korea's Olum Material has confirmed that they will be moving to Gen 8.5 OLED FMM over the next year or two that will produce thinner sharper OLED displays for tablets and notebooks which translates to Apple's future iPads and MacBooks.

This advancement could give Korea's Olum Material an advantage over Dai Nippon Printing.  According to a new report by The Elec this morning, Olum is aiming for FMM used in Gen 8.5 substrates that are used to make OLED panels 10-inches or larger for tablets and notebooks.

Olum's unit cell FMM is different from the stick FMMs currently in use. Olum’s way makes FMM by putting in individual cells like tiles onto the open mask grid. The company calls its technology uc-FMM. The company claims its method makes using these FMM during OLED production simpler.

Olum applies what it calls a template process. On the transparent template, it seals and processes individual cell-sized invars (what FMMs are made of). These cells are in front of every display, depositing materials individually. This differs from the stick method of FMM that is in front of the entire substrate, which makes them prone to sagging in the center. Stick FMM also deposits materials five to six panels at a time.

Olum claims that its unit cell method can increase yield and the FMMs can be made thinner to produce higher resolution panels. Olum’s method currently has a pixel position accuracy of 5 micrometers. It is aiming to reduce this to 3 micrometers within the year.

For more on this, read the full report by The Elec. The new FMM process is likely to reduce OLED pricing which may explain Apple's decision to bring OLED displays to next-gen MacBooks and iPads. The first iPad with OLED is expected to come to market in the 2022-2023 time line which is in tune with the timing of Olum's next-gen display technology.

With Samsung reportedly "developing manufacturing equipment for Gen 8.5 OLED substrates" at this time would strongly suggest that Olum Material has won a major partner for their new technology. If correct, this would directly point to these next-gen displays using uc-FMM ending up in future Apple devices.