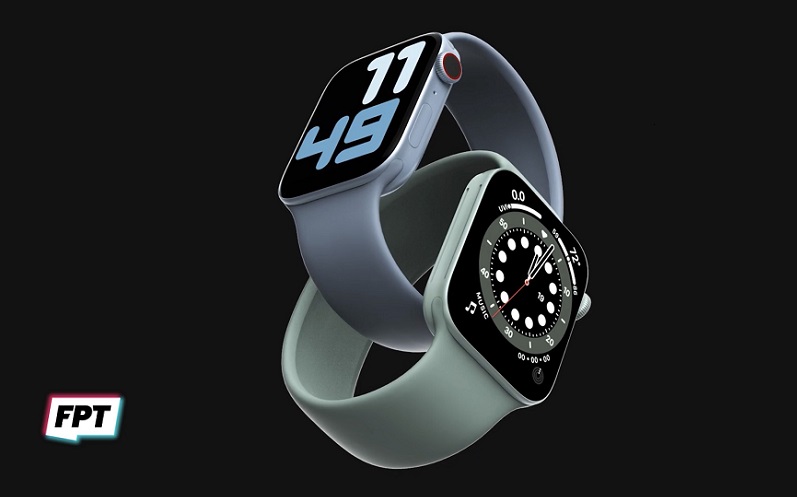 The narrower borders allow the display to maximize screen area, while minimally changing the dimensions of the watch itself. The design of Apple Watch Series 7 is refined with softer, more rounded corners, and the display has a unique refractive edge that makes full-screen watch faces and apps appear to seamlessly connect with the curvature of the case.

Apple Watch Series 7 also features a user interface optimized for the larger display, offering greater readability and ease of use, plus two unique watch faces — Contour and Modular Duo — designed specifically for the new device. With the improvements to the display, users benefit from the same all-day 18-hour battery life,1 now complemented by 33 percent faster charging.

One of the biggest surprises of the Apple event today was Jon Prosser's Apple Watch 7 rendering being out to lunch. Apple went out of their way to emphasize the new smoother rounded edges design as presented below, the very opposite the the squarish design Prosser forecast.

Did Apple sucker punch Prosser? That was one major miss of a forecast which could put future rumor reports from Prosser into question, like the recent iPhone 14 renderings. Then again, Jon got the next Google Pixel phone bang on, months ahead of time. While a miss is bound to happen from time to time, this one was a biggie. 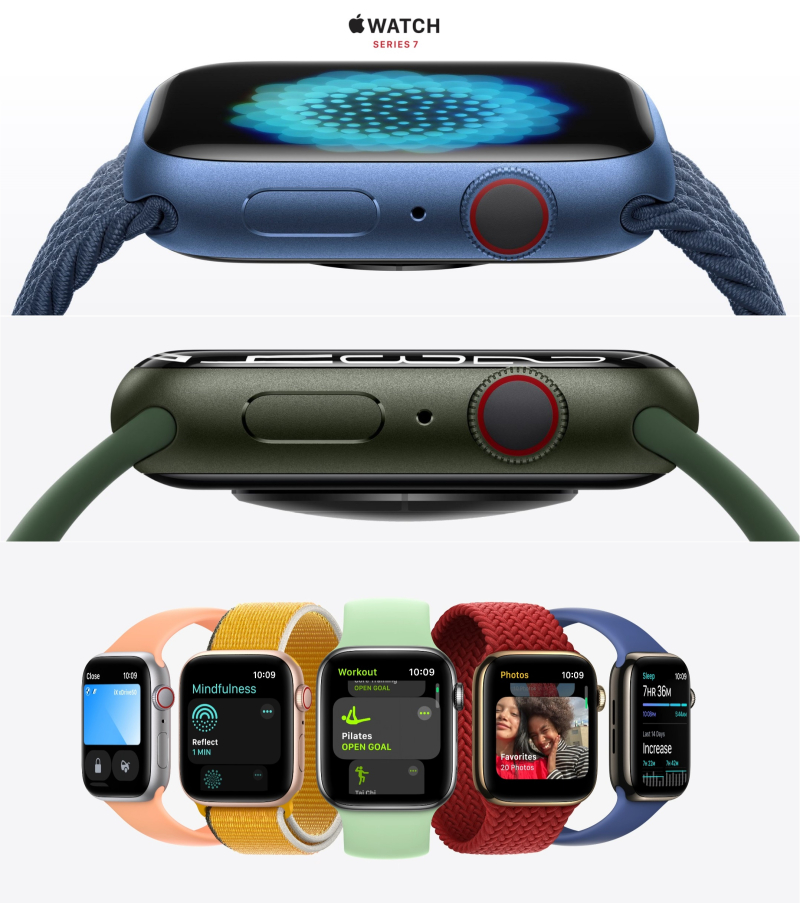 The updated charging architecture highlighted in the video may have been covered in-part in a recent Apple Watch patent you could check out here. The patent application was filed in March 2020 and published on September 9, 2021. 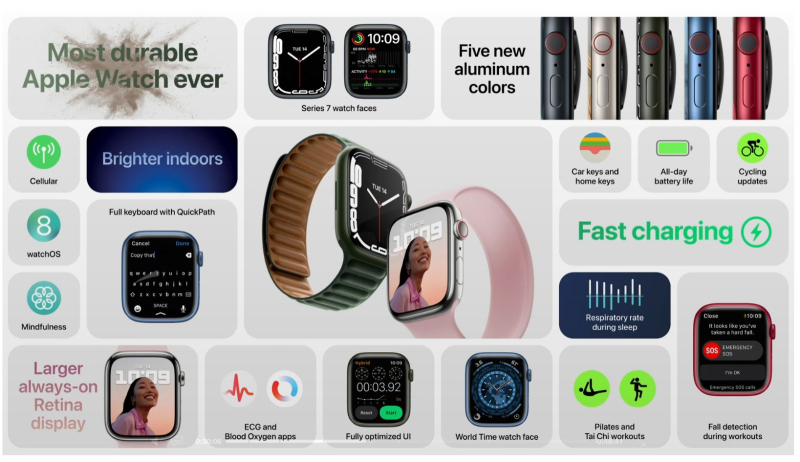 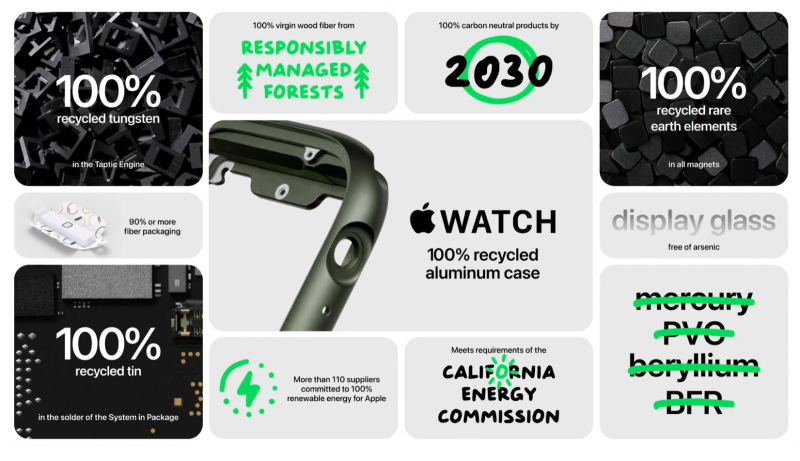