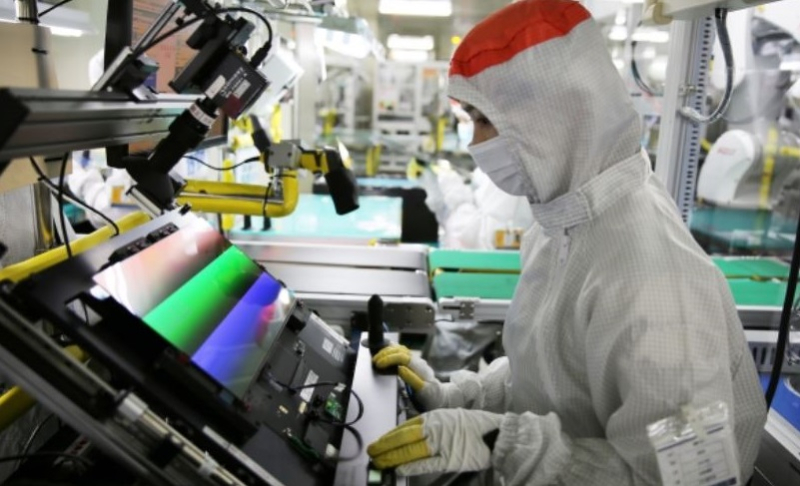 Today a Korean report claims that Samsung Display is expected to supply all the OLED panels used in Apple’s iPad next year. In fact, the new OLED panels may use a new vertical deposition of organic material for the production of Gen 8.5 IT OLED panels.

The Elec reports that Samsung is collaborating with Japan's ULVAC in the development of the equipment needed for this new process. The new panels could also be used in future notebooks and monitors.

Vertical deposition method has the glass substrate stand up vertically against the surface. The organic material, in gas form, is deposited on the substrate from the sides.

Samsung Display is considering trying the vertical method as it minimizes the mask used in deposition from sagging.

Fine metal masks used in deposition are vulnerable to have their center sag down as the substrate is placed horizontally. This is because the mask is aligned in a stick shape and the gravity pulls it down from the center as it is held in that position for long times. Display makers usually mold these sticks onto a large frame to prevent this from happening.

But since the substrate is held vertically, the center of the masks will be less prone to sagging, the sources said.

ULVAC has secured a research space near one of Samsung Display’s factories for the development of the equipment, sources said.

In 2017, Applied Materials had supplied some kits to Japan’s JDI that were used to manufacture OLED panels for Apple Watch. However, their production capacity was limited to only 2,000 Gen 6 substrates per month. The technology has since greatly advanced. For more, read the full report by The Elec.