Home Archives Contact Us Subscribe Twitter MeWe Facebook Patently Mobile
When selecting "Ask App not to Track" on your iPhone, some iPhone Apps are still finding ways to snoop on you anyway
A new Rumor repeats that the iPhone 14 will offer a Redesign with a Punch Hole camera that is common in the Android World 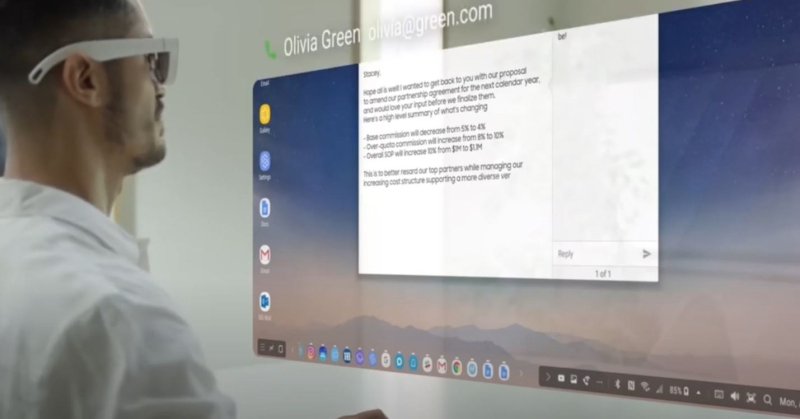 Earlier this month, Ray-Ban in partnership with Facebook launched a first-generation smartglasses device. They made it clear that these glasses didn't offer AR capabilities. One of the reasons for delaying an AR version is that the glass and projector technologies would thicken the glasses too much and not be seen as a cool consumer device.

With that said, Samsung has been working on AR glasses, that yes are bulky and far from consumer sexy, but are aimed at a more sophisticated audience. One that would like to have smartglasses that could provide them with Laptop or desktop functionality in any room at any time and even on the go.

Below is a Samsung demo of two styles of future AR smartglasses for consumers and pros for productivity. This is a Samsung produced video directly from their R&D team.

You could check out the full February 2021 video produced by Tyriel Wood – VR Tech here.

This week, the U.S. Patent Office published one of Samsung's patents (#20210295751) for these AR glasses which shows that their research started back in 2018. This particular 2021 patent covers the improvement of the projector that provides images to the lenses even when it's bright outside.

Samsung's patent FIG. 2 below is a perspective view of an Augmented Reality (AR) device in the form of smartglasses; FIG. 6 is an exemplary flowchart in which the AR smartglasses operate based on a change in an illuminance. 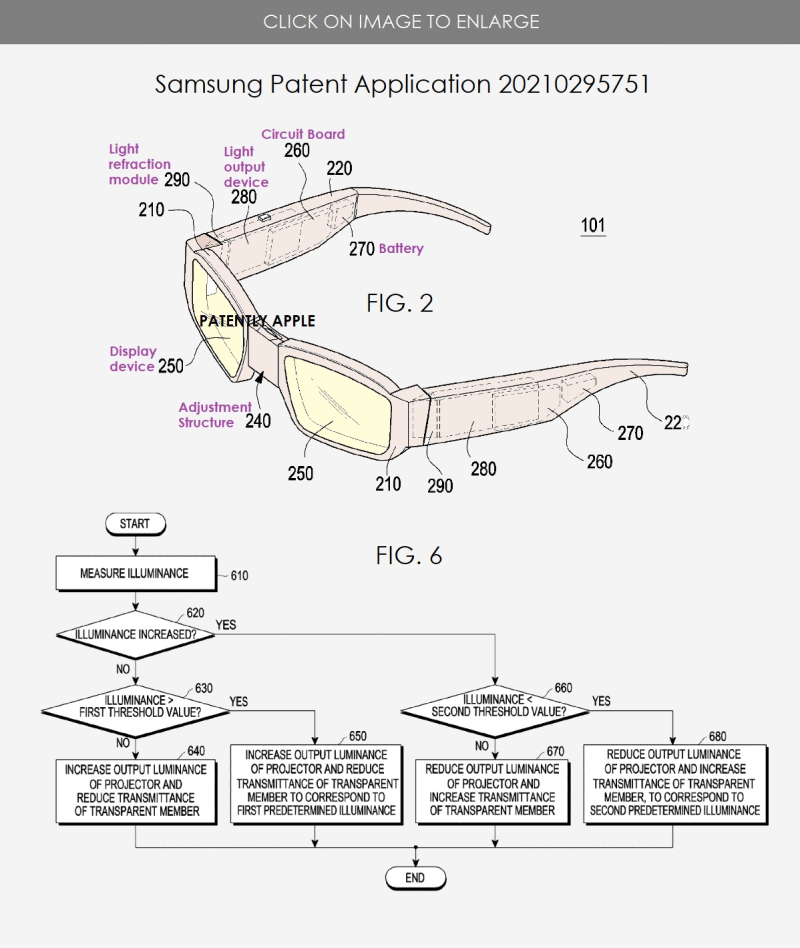 Instead of smartglasses seen as just a device that could play music, podcasts and take photos, true next-gen AR Glasses will be able to provide user's with both desktop and laptop functionality providing virtual displays and keyboards in addition to watching movies and YouTube videos on a vastly larger virtual display instead of a cramped smartphone display. This is where AR glasses could be a powerful tool.

While such glasses won't be replacing an MX or M2 MacBook Pro for video editing and photoshop anytime soon, they could be great for bloggers and students for simple office productivity apps like spreadsheets and document creation.