On Thursday, the European Commission will propose a harmonized charging port standard for mobile devices with Apple the Loser 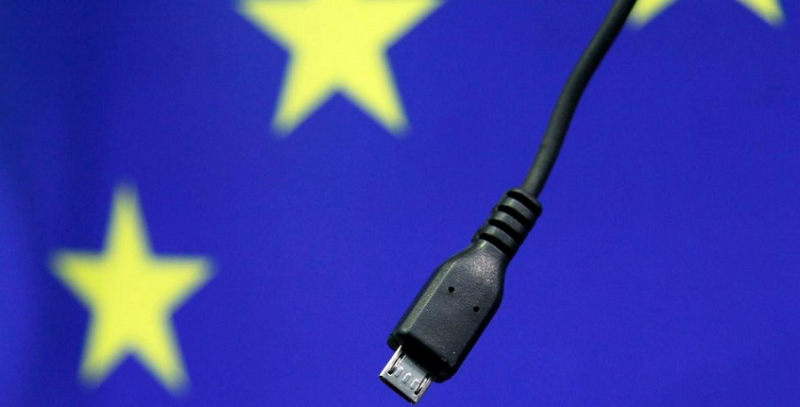 In mid-August Patently Apple posted a report titled " While EU plans to pass legislation to force Apple to adopt USB-C connectors, Apple is likely to push for a Portless iPhone to P**s them off." The report noted that the European Parliament had asked Apple, going back at least 7 years to 2014, to switch to USB. Apple never complied and now the European Parliament will be introducing new legislation supporting a common charger for all mobile phones and we know that Apple's lightning cable won't be that standard.

Reuters is reporting today that "The Commission wants the sale of chargers to be decoupled from devices, and also propose a harmonized charging port, the person said.

Apple, whose iPhones are charged from its Lightning cable, has said rules forcing connectors to conform to one type could deter innovation, create a mountain of electronic waste and irk consumers.

Rival Android-based devices are charged using USB-C connectors. Half the chargers sold with mobile phones in 2018 had a USB micro-B connector, while 29% had a USB-C connector and 21% a Lightning connector, according to a 2019 Commission study."

The expected legislation being presented tomorrow will likely be to make USB-C the European standard. It's the timing of the mandate to keep an eye on, as Apple is likely to wait until the last moment to comply.