On the Eve of the iPhone 13 Event, a new Analytical Report claims that almost one-third of iPhones are traded-in for a new iPhone 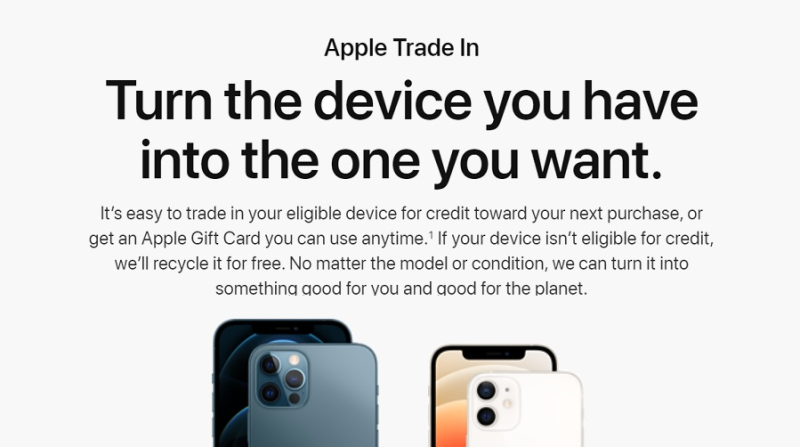 A new report by Consumer Intelligence Research Partners (CIRP) analyzes mobile smartphones in the June quarter to understand the lifecycle of the prior phones of new iPhone and Android smartphone buyers. The key factor noted in today's report is that almost one-third of iPhones are traded-in for a new phone, compared to 10% of Android phones. That will translate to millions of iPhone users trading-in their old iPhones over the next quarter so that they could get their hands on latest iPhone 13.

Most retiring phones are in good condition, with useable displays and batteries that last for all or most of a day. Consequently, many previous phones are sold or traded-in, passed along to a friend or family member, or saved for potential future use.

Consumers report Android phones are recycled or lost, broken, or stolen at a much greater rate than iPhones, or merely kept for future use, compared to iPhones.

Overall, about 80% of previous phones have a display in good condition, either "perfect" or "scratched but usable." 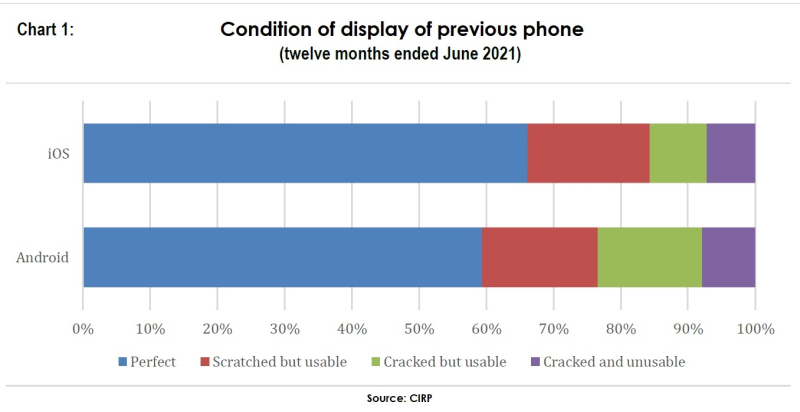 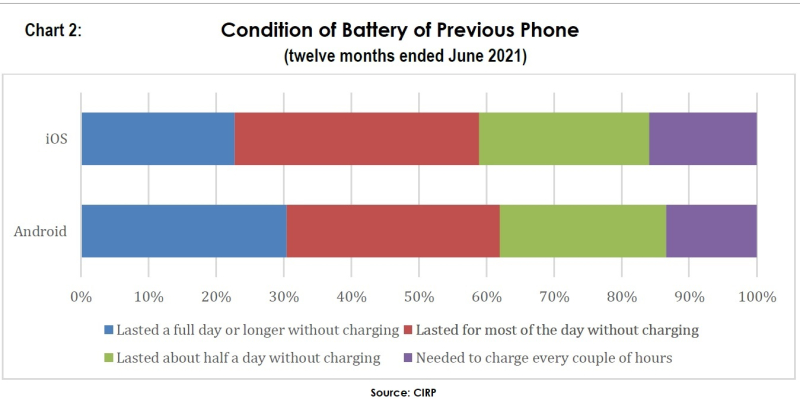 Based on these conditions and also other factors, we find that overall, 80% of previous phones are repurposed in some way. 25% are either re-sold or traded-in for a new phone, while 54% are given to a friend or family member or kept by the consumer for possible future use. For more on this, read the full CIRP report.