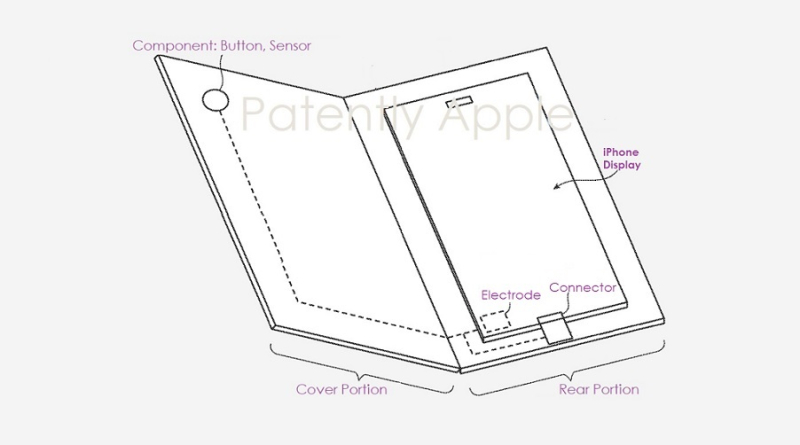 The U.S. Patent and Trademark Office officially published a series of 57 newly granted patents for Apple Inc. today. In this particular report we focus on a possible next-gen iPhone flip case with Apple Pencil support. Our report also points to a couple of other granted patents covering an AirPods case with a freefall sensor and Apple's third folded telephoto camera lens system. And as always, we wrap up this week's granted patent report with our traditional listing of the remaining granted patents that were issued to Apple today.

In this particular granted patent report we cover Apple's wallet styled protective cover for a future iPhone, perhaps an iPhone Pro that's been rumored that might include a pocket for a future Apple Pencil designed for the iPhone. Apple's patent notes that "The touch sensor control circuitry may be used to determine the location or locations where a user's finger or fingers or touch stylus is on the touch display."

Apple later notes that the case may include a hinge and, if desired, "have a credit card pocket" presented on the inside cover portion of the case.

Apple's patent FIG. 8 below comprises a grounding path between the layer of conductive material and the electronic device; FIG. 10 is a perspective view of an illustrative cover with a supplemental component and an associated electronic device in the cover. 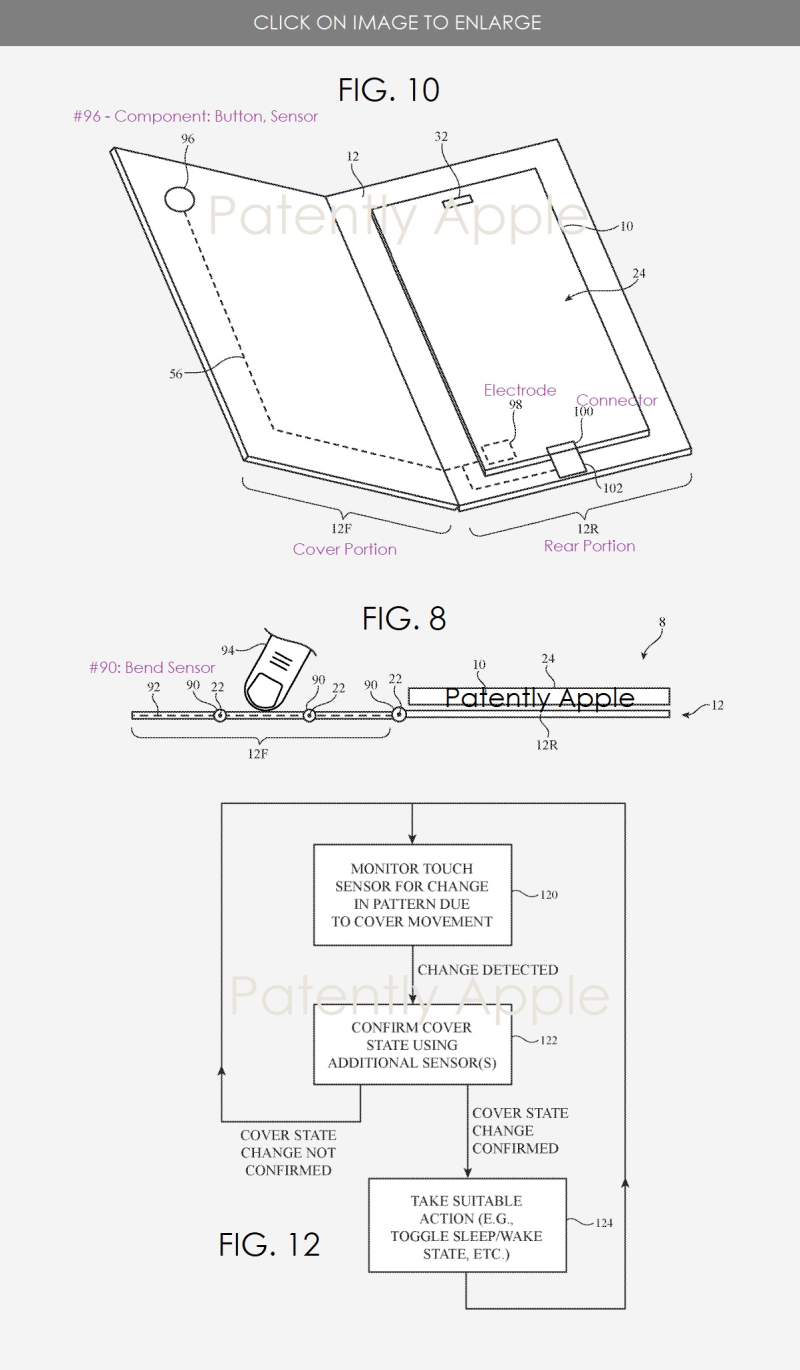 Apple's patent FIG. 12 above is a flow chart of illustrative steps involved in using an electronic device and cover.

Apple's patent FIG. 1 below is another perspective of an iPhone going into a flip cover protective case. Apple's granted patent 11,112,915 was originally filed in Q2 2020 and published today by the US Patent and Trademark Office.

A Few other granted patents that some may find mildly interesting include Apple's third granted patent for a Folded telephoto camera lens system; a patent for an AirPods case hinge system that includes a "free fall sensor." Apple notes: "The controller can be operable to detect when the charging case is in freefall and the trigger signal can activate the portable listening device protection mechanism and the portable listening device protection mechanism can remain activated until the controller detects that a drop event that caused the freefall is over." 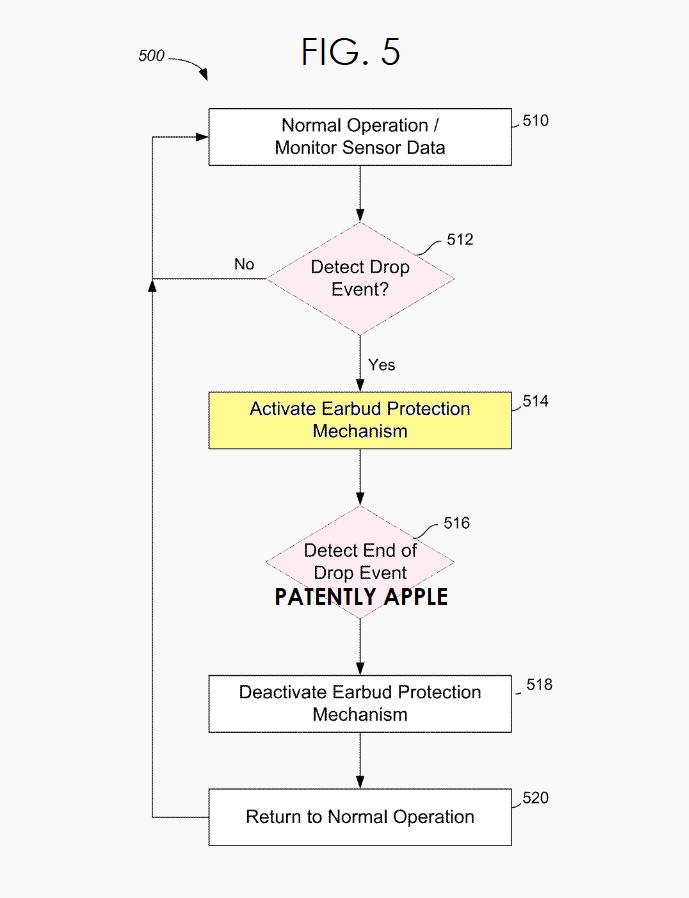 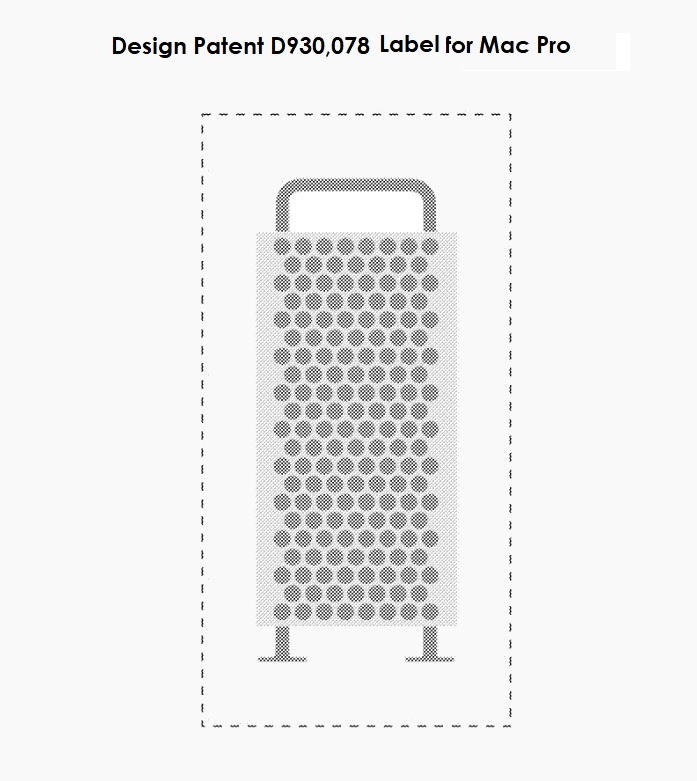 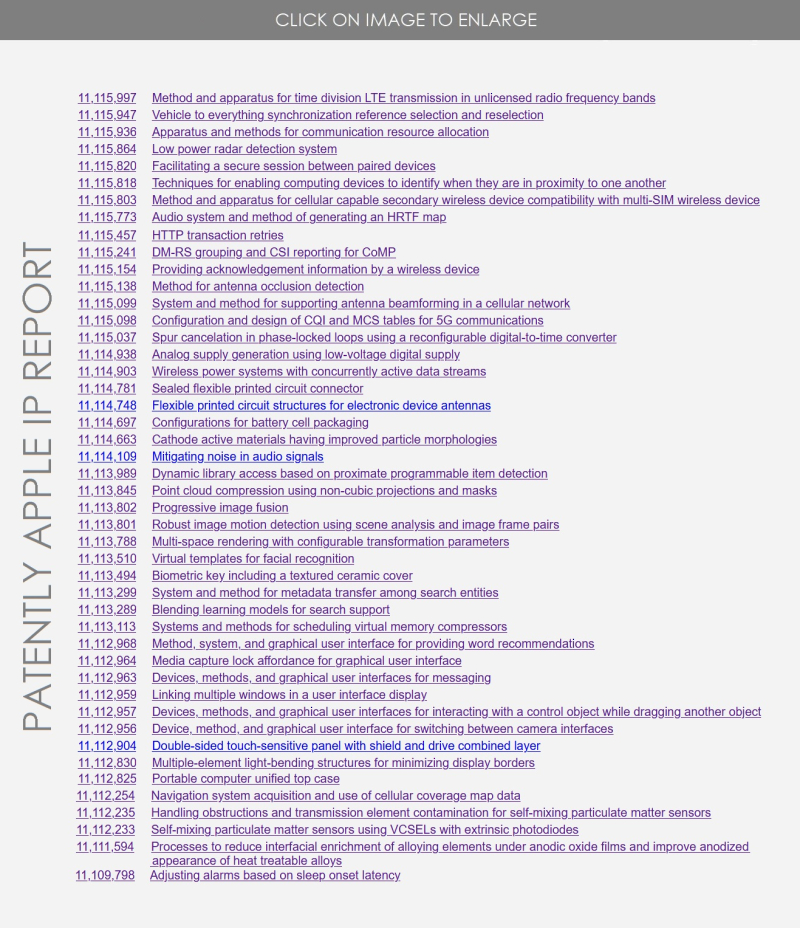