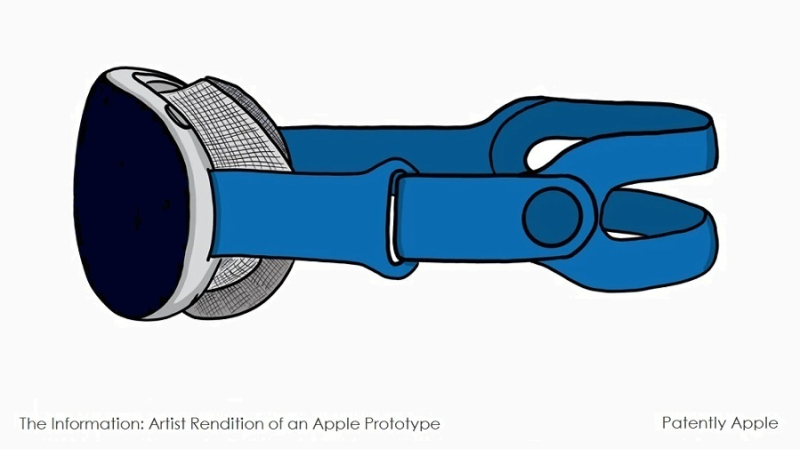 The U.S. Patent and Trademark Office officially published a series of 38 newly granted patents for Apple Inc. today. In this particular report we cover a Head Mounted Device patent revealing new features that may one day be included including a series of health sensors including blood glucose. Apple was also granted two AirPods Max patents, a couple of design patents and as always, we wrap up this week's granted patent report with our traditional listing of the remaining granted patents that were issued to Apple today.

As one example, a user may experience Simulated Reality (SR) content by using a head-mounted device (HMD) that encloses the user's field-of-view and optionally allows the user to see at least a portion of his/her surroundings (e.g., an HMD with video pass-through).

As another example, a user may experience SR content by wearing an HMD that allows the user to see at least a portion of his/her surroundings (e.g., an HMD with optical see-through).

Sensors within the HMD will allow someone in your room to perform a simple hand wave gesture to trigger communication the HMD wearer that someone wants their attention which allows the display to partly become transparent to see the person in the room with them.

The HMD will also allow an icon/avatar to appear on the display to alert the user that someone wishes to communicate with them and could do so right on the HMD. 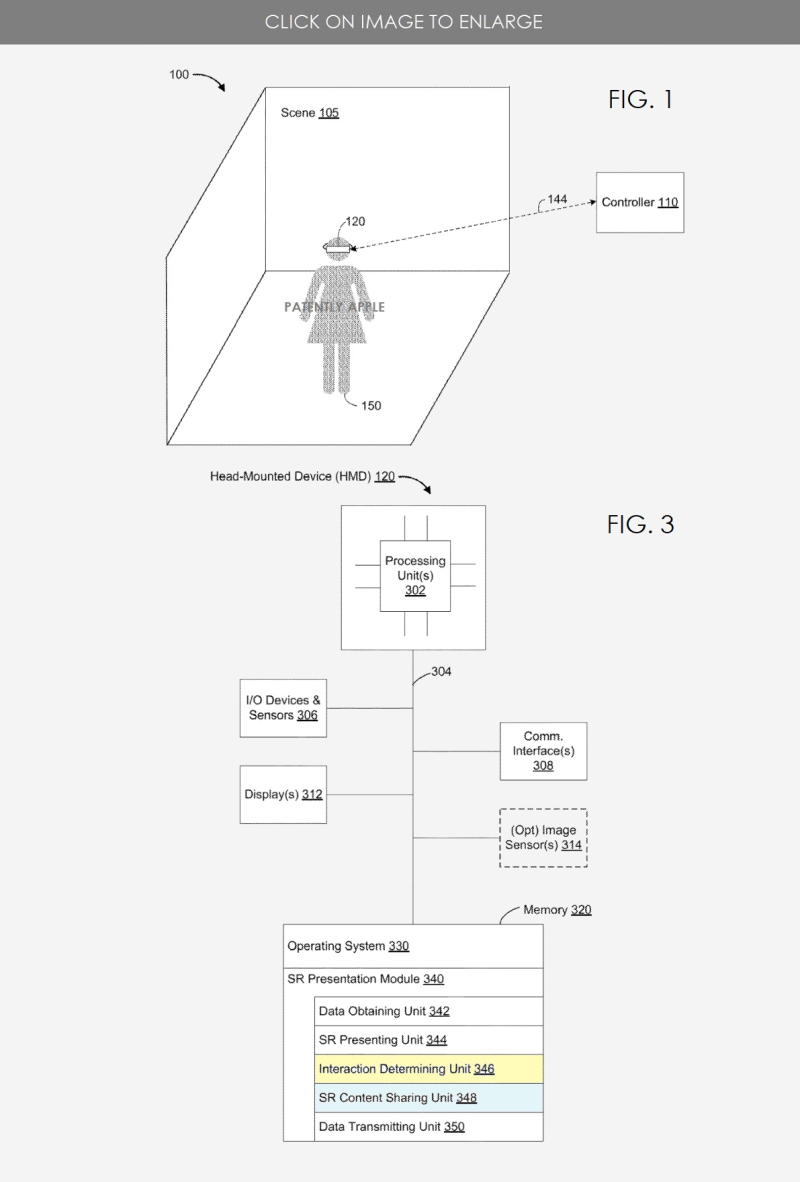 Apple's patent FIG. 3 above is a block diagram of an example of the head-mounted device (HMD) #120. In some implementations, the interaction determining unit #346 is configured to determine whether an object (e.g., another human different from the user of the HMD, animal, robotic device, etc.) satisfies one or more interaction criteria. Here a user could create a whitelist of who is allowed to interrupt game play or enter game play or leave a message to a user playing a game.

Interestingly, the patent reveals that at some point in time, Apple may include health sensor in a future HMD that include the following: blood pressure monitor, heart rate monitor, blood oxygen sensor, blood glucose sensor. 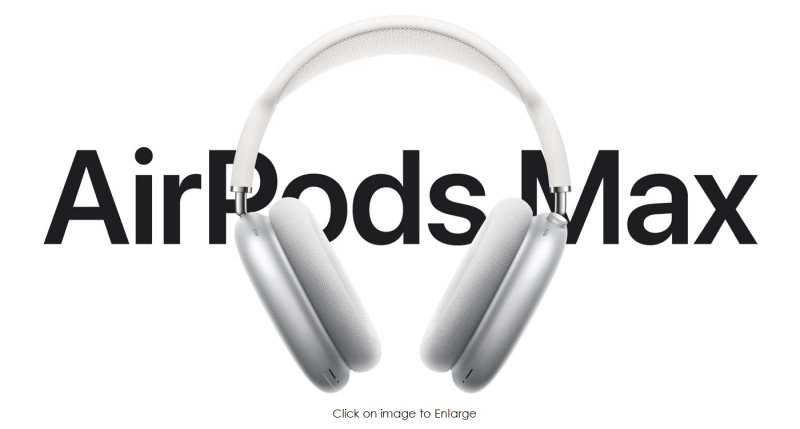 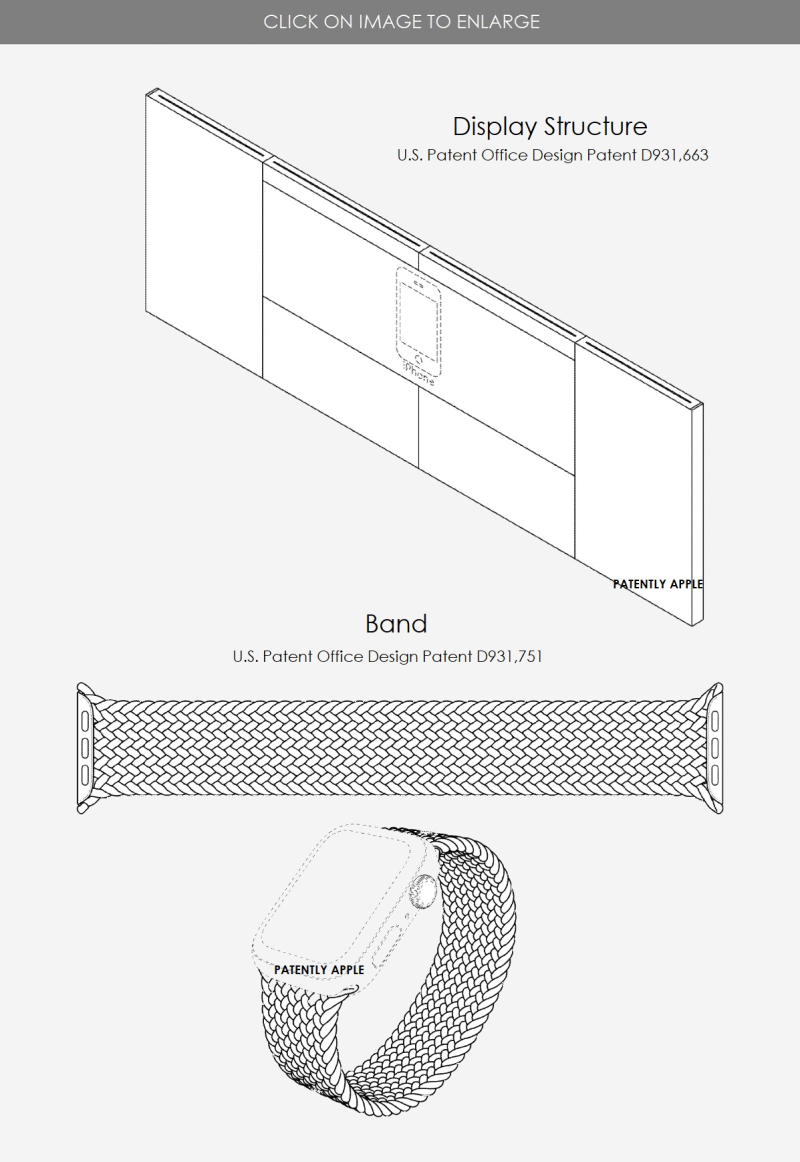 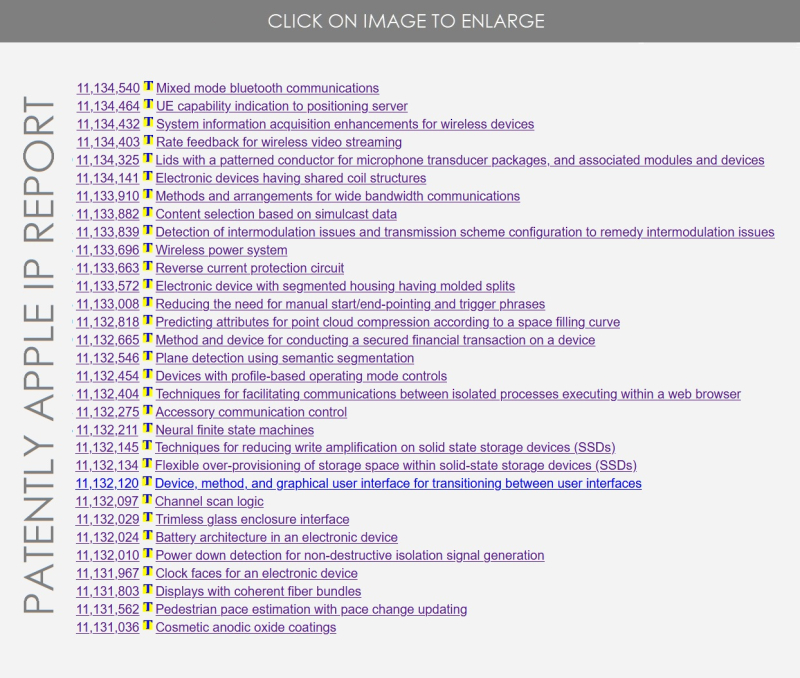