Home Archives Contact Us Subscribe Twitter MeWe Facebook Patently Mobile
Apple Wins a Patent that will advance iPhone Haptics that will better control a nearby TV, Home Appliances & more
The biggest Surprise of the Apple Event was the Apple Watch 7 Design Miss by Jon Prosser 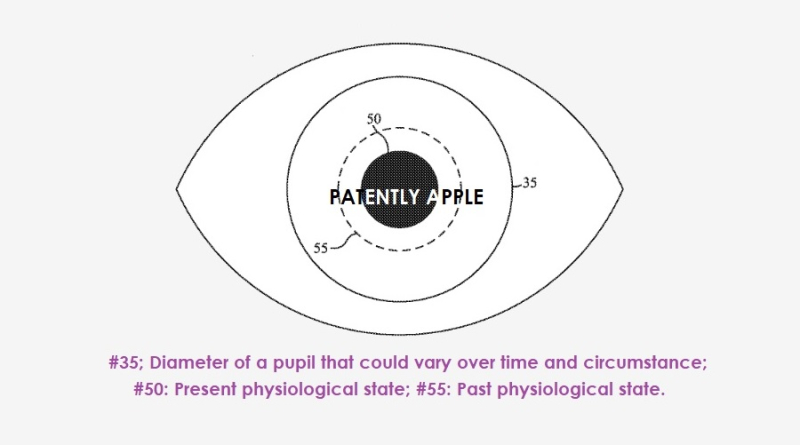 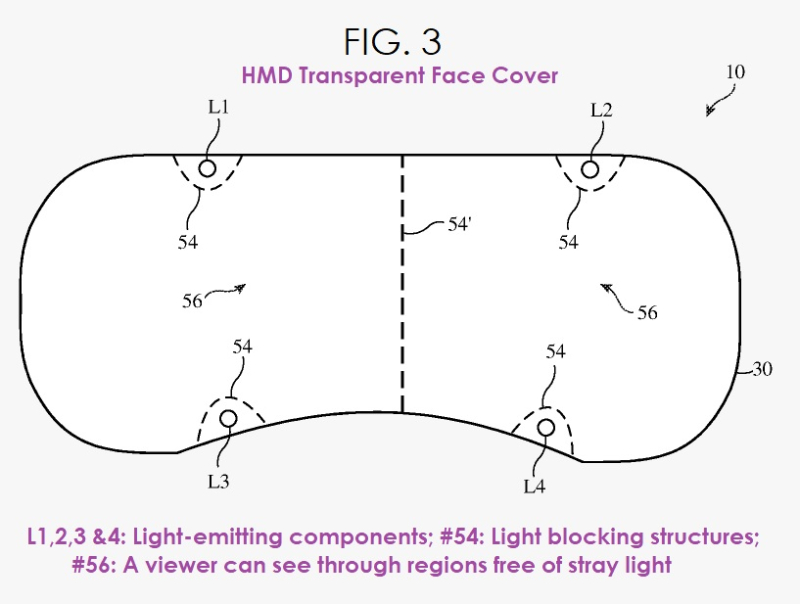 2. HMD with a Display Attached to a Lens Element

It may be difficult to precisely align lenses with displays. If care is not taken, a lens may be poorly aligned with a corresponding display and the visual content may not be displayed properly. 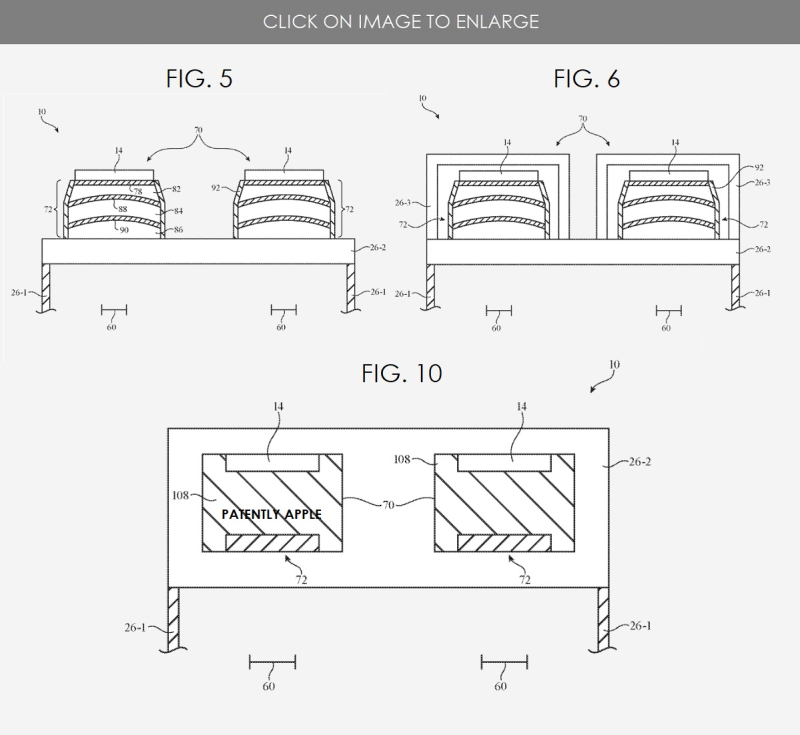 In Apple's third granted HMD patent today they note in their abstract that one exemplary implementation, the invention provides an improved user experience on a device by using physiological data to initiate a user interaction for the user experience based on an identified interest or intention of a user.

Apple's patent FIG. 2 illustrates a pupil of a user's eye which could vary in diameter with time and with certain interactions; In FIG. 5, we see an HMD. In various implementations, eye tracking (or, in particular, a determined gaze direction) is used to enable user interaction. In implementations, each image is used to measure or track pupil dilation by measuring a change of the pixel intensities associated with one or both of a user's pupils. 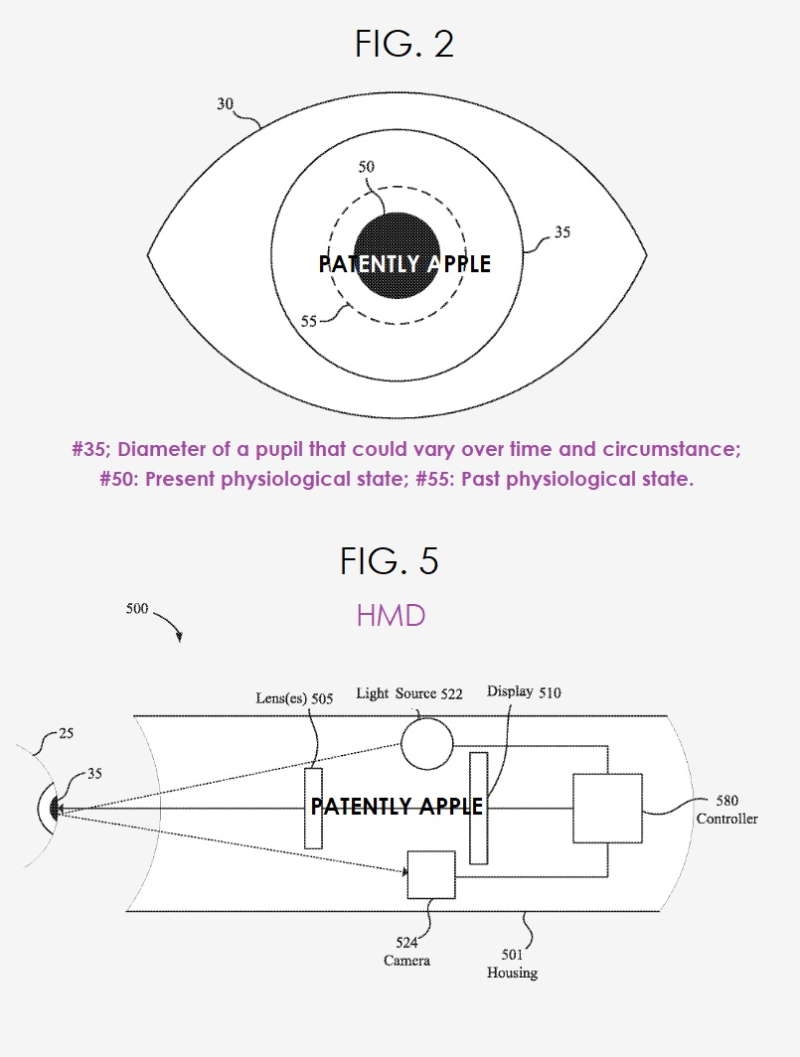 Apple's patent could also apply to non-HMD applications such as an iPhone or iPad, for instance. For details, review granted patent 11,119,573.

A fourth HMD granted patent was covered earlier today in a report titled "Apple wins a Major HMD patent covering a Direct Retinal Projector System designed to Resolve the Convergence-Accommodation Conflict, that you could review here.