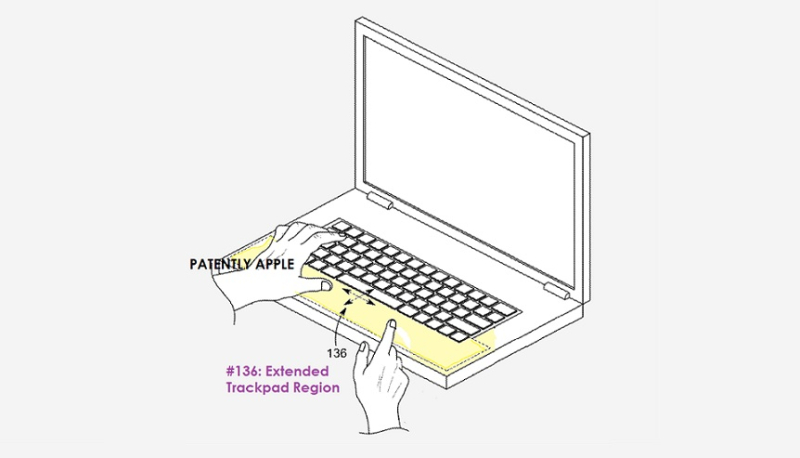 Today the U.S. Patent and Trademark Office officially granted Apple a patent that relates to systems and methods for handling user input gestures on an extended virtual trackpad area of a future MacBook. 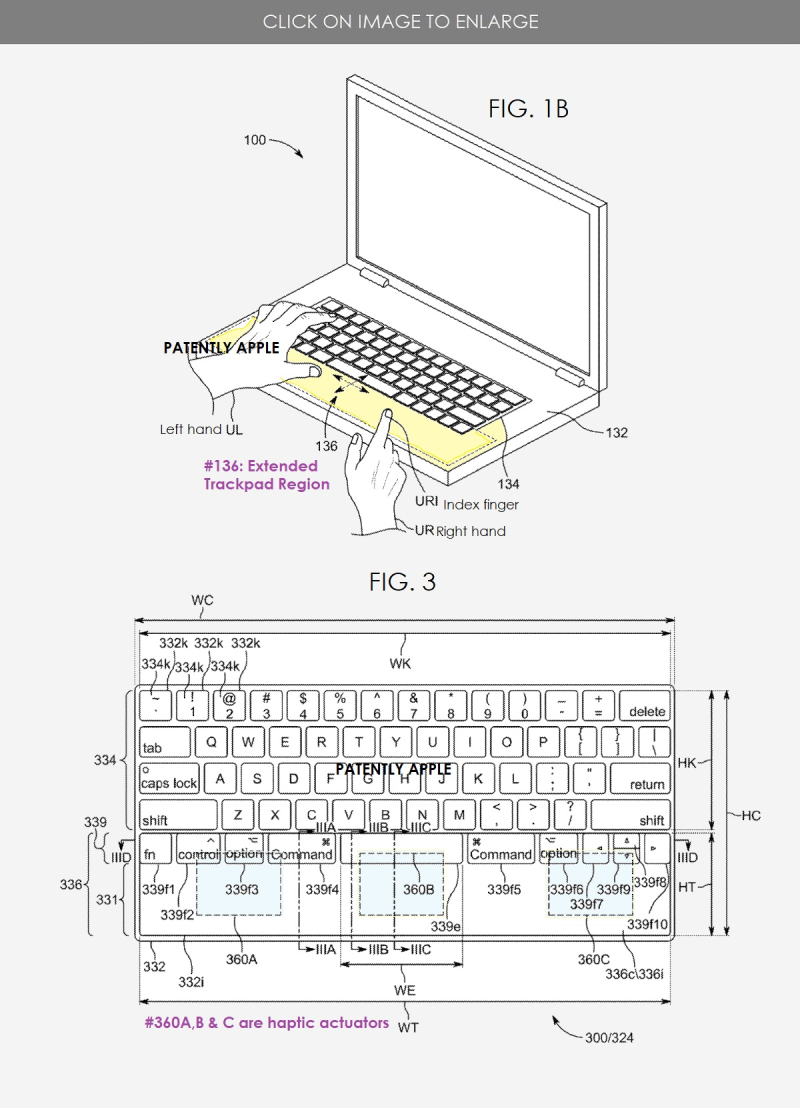 The patent discusses various ways of assisting a user identify the extended portion of the trackpad. One way to color the area differently or to add a lighting system. In one example, the space bar is replaced with a virtual space bar which may or may not provide a raised area to assist users feel like they're hitting a space bar.

Apple's patent FIGS. 6 & 9 are flowcharts of illustrative processes for handling user input gestures on a MacBook with an extended trackpad. 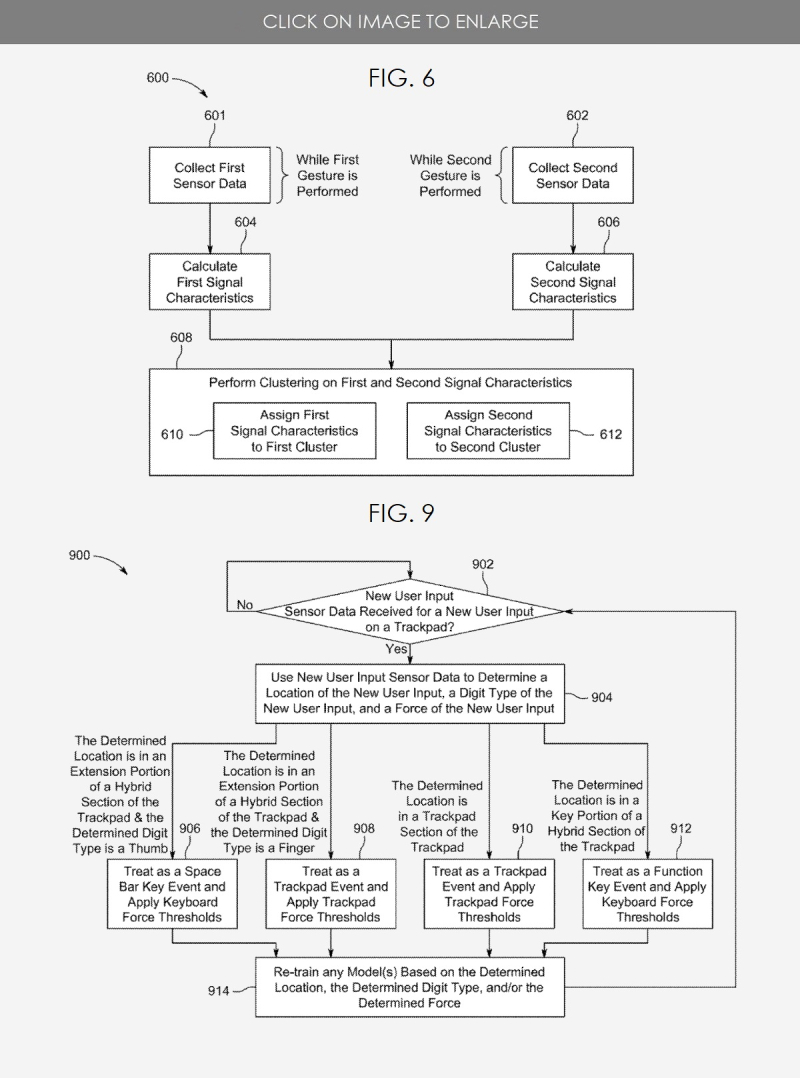 For more details, review Apple's granted patent 11,126,283.  Apple has been working on various variations of keyboards with extended trackpad regions and/or providing virtual keyboard features over the last 18 months. Here are more reports covering this development: 01, 02, 03, 04 and 05.