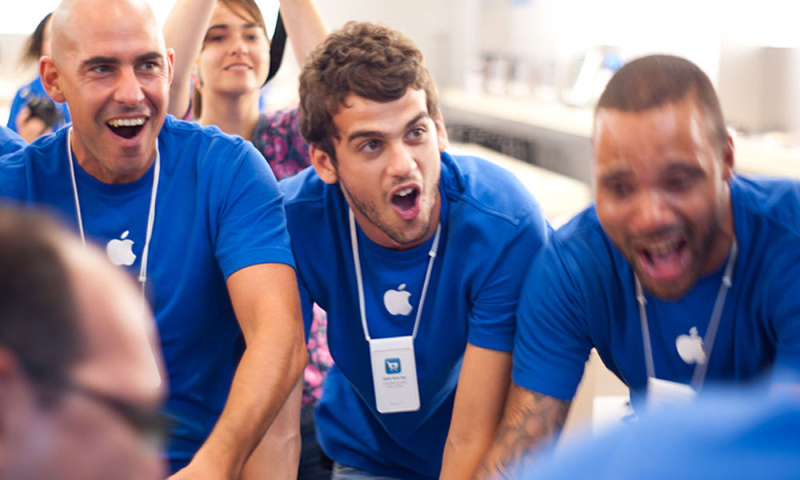 It's being reported today that Apple will be giving online and retail store employees as much as $1,000 in one-time bonuses next month, a rare move that follows a tumultuous effort to get its retail operations back on track after pandemic shutdowns.

Apple is said to be giving $1,000 to retail staff hired before March 31, while anyone who joined after that date will receive $500, according to people familiar with the situation. New workers for the holiday shopping season will get $200. The bonus structure extends through to AppleCare and online sales workers as well.

The Sept. 14 launch event, which also included the new Apple Watch Series 7 and a redesigned iPad mini, kicked off the company’s holiday season blitz. This Christmas will provide a key test of Apple’s retail operations as the company navigates the waning of the pandemic. For more, read the full Bloomberg report.

Epic Denied back to the Apple Store until …

On another front, Bloomberg is reporting that "Apple sent a letter to Epic Tuesday saying that it "will not consider any further requests for reinstatement until the district court’s judgment becomes final and non-appealable." The letter, sent to Epic’s lawyers from a firm representing Apple, was published on Twitter by Epic Chief Executive Officer Tim Sweeney. That process could take five years, he said.

Mark Perry, a lawyer representing Apple, said the company won’t reinstate the developer account immediately because of Epic’s “duplicitous conduct” in the past and statements made by Sweeney after the ruling. For more, read the second Bloomberg report.