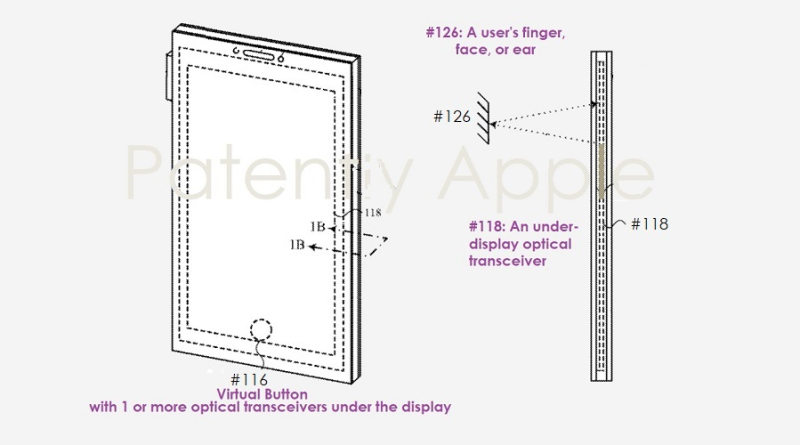 Today the US Patent & Trademark Office published a patent application from Apple that relates to electronic devices (e.g., smartphones, tablet computers, laptop computers, wearable devices, standalone or wall-mounted display screens, and other devices) having under-display optical emitters or transceivers for Face and Touch ID and more.

Apple has filed and been granted many patents on under display technologies over the last few years. Apple was granted a pair of patents back in July that even shares a few images presented in today's patent application, showing that this is an ongoing project. A few other patents from Apple on this technology can be found here: 01, 02, 03, 04 and 05.

In some cases, it may be useful to wirelessly transmit or receive information between devices.

It may also be useful to acquire images or data pertaining to a device's environment. In all of these cases, the measurements, images, or other data may be sensed or acquired optically.

An optical emitter or transceiver may be positioned under (or behind) a device's display, and light may be transmitted and/or received through translucent or transparent apertures extending from a front surface to a back surface of the display. In this manner, an optical transceiver may transmit and receive "through" a display.

To maximize the display area of an electronic device, an optical emitter or transceiver may be positioned behind the active area of a device's display. An optical transceiver (or optical sensing transceiver) may be variously configured or deployed as: a proximity sensor (or ranging sensor); a two-dimensional (2D) or three-dimensional (3D) camera in combination with a flood illuminator or structured light source; a bio-authentication sensor (e.g., an infrared (IR) facial recognition sensor or fingerprint sensor); an eye/gaze tracker, device tracker, or other optical tracking system; an optical communication system or wireless communicator or controller; a time-of-flight (ToF) sensor (e.g., a short pulse optical source and a single-photon avalanche-diode (SPAD) detector or SPAD array); and so on.

Apple's patent FIGS. 1A and 1B below illustrate an example embodiment of a device having a display and an under-display optical transceiver. 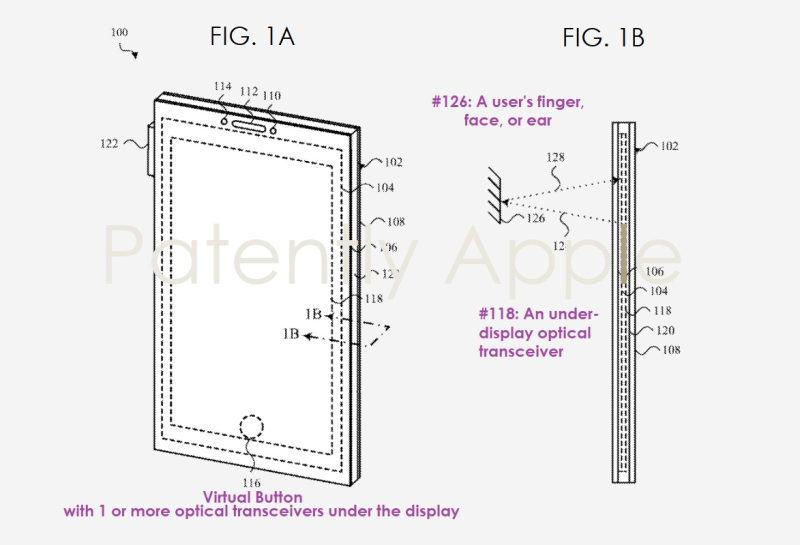 Further, Apple's patent FIG. 1B shows light being emitted from an optical emitter (or optical transmitter) of an optical transceiver #118 positioned under (or behind) the display (#104). The emitted light may travel from the optical emitter toward the front cover (#106), and may pass through the front cover. After passing through the front cover, the emitted light may travel toward an object #126, such as a user's finger, face, or ear, reflect or scatter from the object and travel back toward the device as reflected or scattered light. 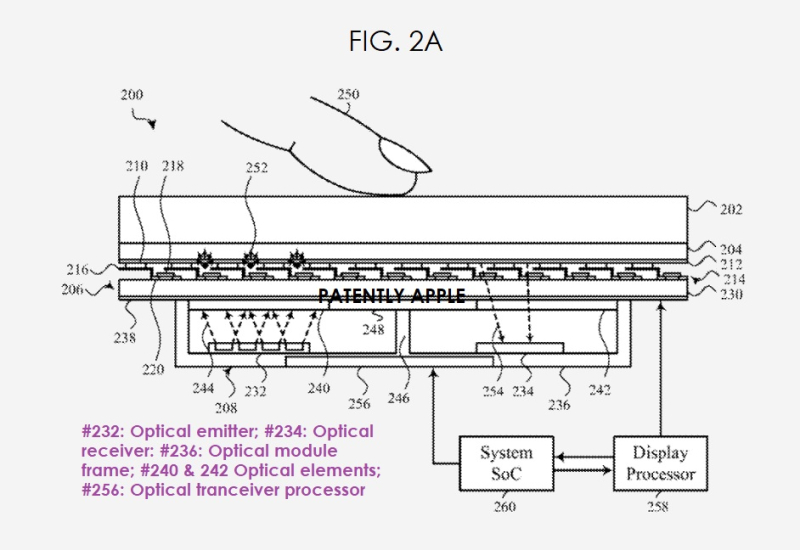 Apple's patent FIG. 4 below illustrates an example plan view of an enlarged portion of the light-emitting display in relation to a set of optical emitters positioned under the display. 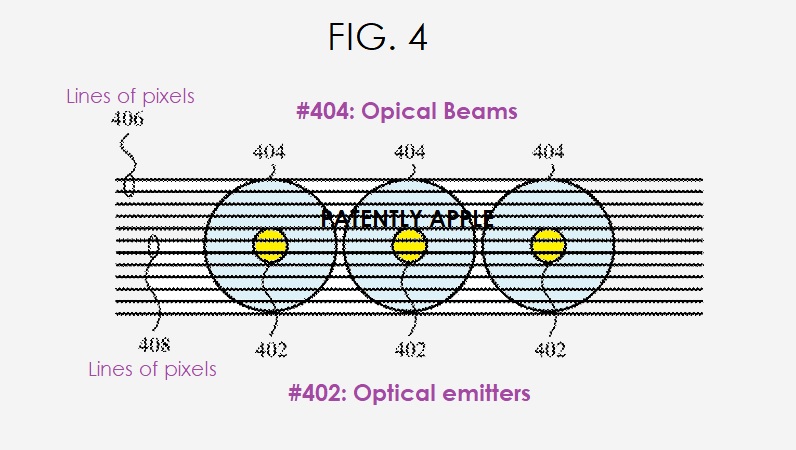 Apple's patent FIG. 10 below illustrates a block diagram of the system / electronic device including a light-emitting display, an optical transceiver, and a control system. We kindly ask that bloggers restrict the use of our graphics to a  single image.

Posted by Jack Purcher on September 16, 2021 at 05:24 AM in 1A. Patent Applications, Apple iPhone, Biometrics & Health, Display Technology | Permalink | Comments (0)