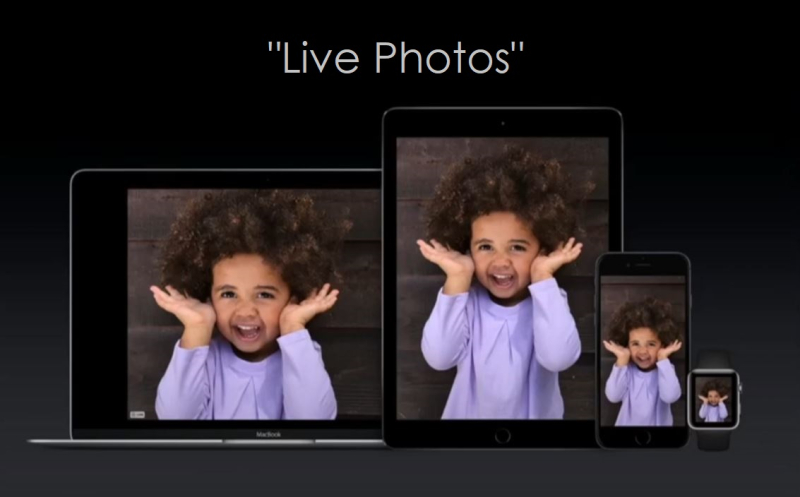 On January 17, 2018, a Canadian by the name of Gang Cao filed an Opposition to Apple’s trademark application for the mark LIVE PHOTOS with the Trademark Trial and Appeal Board (“TTAB”) of the United States Patent and Trademark Office (“USPTO”), alleging that the LIVE PHOTOS mark was a generic and/or descriptive and that Cao would be "damaged" by its registration. On June 28, 2021, the TTAB sustained Cao’s Opposition finding that Cao had standing to oppose the Application for the mark LIVE PHOTOS. Apple is seeking to reverse this decision to protect their trademark which Apple deems as essential.

For those not familiar with "Live Photos," below is a brief video of Phil Schiller introducing this new feature at a September 2015 product event. 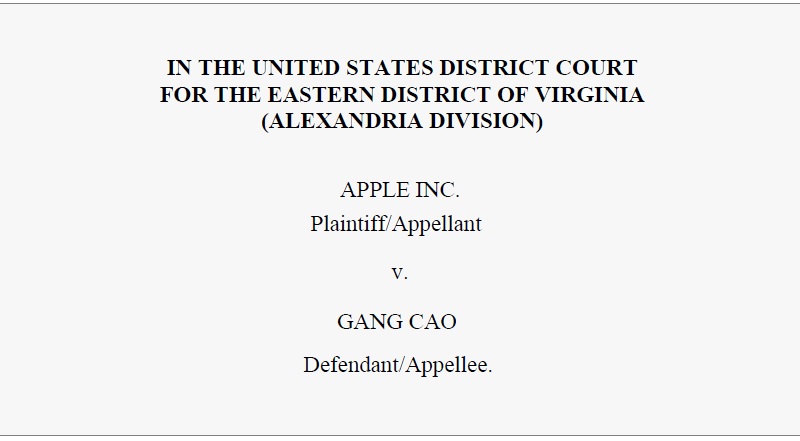 Apple's action arises out of Canadian citizen Gang Cao’s baseless attempt to prevent Apple from obtaining a federal trademark registration for the mark LIVE PHOTOS—which Apple applied to register for "Computer software for recording and displaying images, video and sound" in January 2016 on the basis that the mark is purportedly generic or descriptive without secondary meaning. But LIVE PHOTOS is neither generic nor descriptive. Rather, it is a suggestive term that Apple began using nearly six years ago as a unique name for its celebrated product feature.

Apple uses its LIVE PHOTOS trademark in connection with software that allows consumers to record and capture a still image along with a snippet of a video (with sound) made one and a half seconds before and after the still image photograph, and combining all the elements into a unique single hybrid medium which can best be described as a "moving picture" or "moving image." The incongruous pairing of the inanimate term “photo” with the action word "live" creates a suggestive trademark, as consumers must exercise imagination to understand what the LIVE PHOTOS software is.

The file that is created using Apple’s software is not actually alive, so LIVE PHOTOS is rather a creative, coined, and suggestive term. Nor is the LIVE PHOTOS mark generic. Tellingly, the phrase "live photos" is not defined in any dictionaries, except for a few that mention it as a brand reference to Apple’s product. Apple’s competitors notably use many terms other than “live photos” to identify similar products. For example, Google uses the terms "motion photos" and "Cinematic moments," Samsung uses the term "Motion Photo," and Microsoft uses the term "Living Images." Similarly, the press uses other terms such as "moving images," "moving pictures," and "gif-like images," a further indication that the mark is neither generic nor descriptive.

There also can be no serious doubt that the LIVE PHOTOS mark has acquired secondary meaning. Apple has invested heavily in this mark, announcing it on the main stage during a 2015 Apple Special Event, featuring it in multiple national television advertisements that created millions of impressions, and promoting the software as a key feature available on Apple’s iPhone devices during the tenth anniversary of the iPhone device. Press coverage for the LIVE PHOTOS feature has been similarly extensive, with numerous heavily circulated newspapers, such as The Washington Post and The Wall Street Journal, publishing articles discussing Apple’s LIVE PHOTOS feature. Apple also has substantially exclusive use of the mark LIVE PHOTOS, as Apple’s primary competitors use other names, as noted above, for their similar products.

It should come as no surprise then that the LIVE PHOTOS mark has been registered in over 120 jurisdictions, including every English-speaking jurisdiction in which Apple filed (other than the United States and Canada, where Cao opposed). The Canadian opposition proceeding is still pending.

Nonetheless, Cao opposed Apple’s registration of the mark LIVE PHOTOS, even though he has never used this phrase in connection with any products or services, has no promotional materials for products containing this phrase, and has never sought to use or register this term as a trademark.

Specifically, on January 17, 2018, Cao filed an Opposition (the “Opposition”) to Apple’s trademark application (Serial No. 86/868,731) for the mark LIVE PHOTOS (the “Application”) with the Trademark Trial and Appeal Board (“TTAB”) of the United States Patent and Trademark Office (“USPTO”), alleging that the LIVE PHOTOS mark is generic and/or descriptive and that Cao would be “damaged” by its registration.

This was surprising, as the USPTO examiner had approved the Application as an inherently distinctive mark. Moreover, although many Apple competitors, such as Google, Samsung, and Microsoft, offered products with functionality similar to the LIVE PHOTOS feature, none of those entities opposed. In fact, Cao is the only person or entity that has ever opposed Apple’s application for the mark LIVE PHOTOS anywhere throughout the world.

On June 28, 2021, the TTAB sustained Cao’s Opposition finding that Cao had standing to oppose the Application for the mark LIVE PHOTOS (despite not using the term or offering a competing product) and that the term was generic, descriptive, and had not acquired distinctiveness. In doing so, the TTAB seemed to ignore that Cao bore the burden of proof. Indeed, the TTAB noted the thoroughness of Apple’s objections to Cao’s flawed evidence.

Yet it nonetheless allowed Cao’s flawed evidence to carry the day. Among other things, Cao’s evidence (a) lacked any consumer testimony; (b) lacked any information about the circulation or likely consumer impact of the purported evidence; (c) originated from non-U.S. sources (despite the central issue being U.S. consumer perceptions); (d) included infringing uses of the phrase “live photo(s)” that had already ceased due to Apple’s enforcement efforts; and (e) included third party uses of “live photo(s)” in connection with products with different functionality than Apple’s product. The TTAB also failed to even consider Google Trends data and other evidence submitted by Apple showing the strong association between Apple and the LIVE PHOTOS mark.

LIVE PHOTOS is an important trademark to Apple, leaving it with no choice but to bring this appeal. Otherwise, there is a real risk that third parties (or Cao) could mislead consumers into believing that a non-Apple product using the name “Live Photos” has the same features and quality as Apple’s product, when it does not. In addition, consumers could end up being confused as to the source, sponsorship or affiliation of such a non-Apple product using the name “Live Photos” and mistakenly believe such a product is offered or licensed by or associated with Apple, when it is not. This is precisely the type of consumer deception trademark law is designed to protect against. Fortunately, the standard of review for this appeal is de novo. This Court has the opportunity to take a fresh look at the evidence and in doing so, find that (a) LIVE PHOTOS is not a generic or descriptive term, but rather an inherently distinctive trademark, (b) Apple has acquired secondary meaning in the LIVE PHOTOS mark, and (c) an interloper like Cao, who has never used the mark at issue and does not offer a competing product, lacks standing to challenge Apple’s Application.

Accordingly, Apple seeks (1) review pursuant to 15 U.S.C. § 1071(b)(1) and 37 CFR §2.145(c) and reversal of the TTAB’s decision in Gang Cao v. Apple, Inc., Opposition No. 91239006 (T.T.A.B. June 28, 2021) (the “Opposition Proceeding”), which sustained the Opposition to Apple’s Application for federal registration for the mark LIVE PHOTOS and prevented the Application from proceeding to registration; and (2) a declaratory judgment that Apple’s LIVE PHOTOS trademark is a valid and enforceable trademark.