Apple has released a behind-the-scenes of episode-2 of "The Morning Show," while reviewers have given "Foundation" a Snore Score 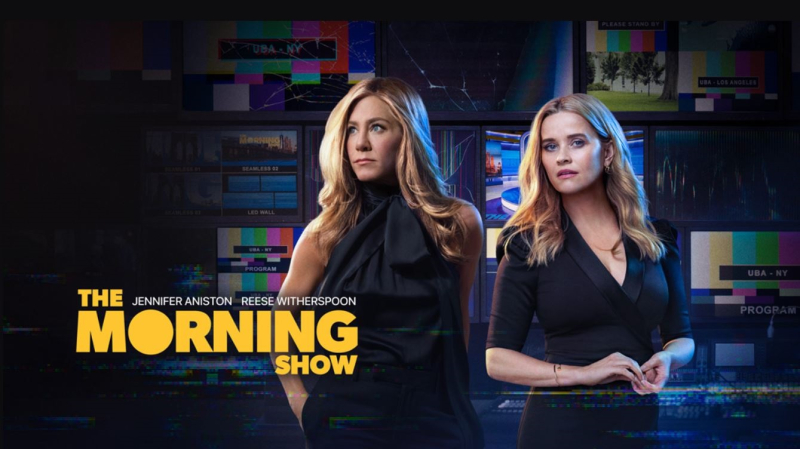 The three biggest Apple TV+ announcements this week included news on the films "Finch", "Invasion" and "The Tragedy of Macbeth." There were other smaller announcements made this week if you missed them and this report will help you catch up on Apple TV+ news.

After extended time apart, the cast is back for a heated debate. Take an exclusive look inside episode 2 airing today titled "It’s Like the Flu."

Apple’s "Acapulco," a new Spanish- and English-language series starring Eugenio Derbez, debuted a trailer ahead of global premiere on October 8.

Apple TV+ also revealed two trailers for the upcoming original series for kids and families titled "Puppy Place" and "Get Rolling With Otis."

Wolfboy and the Everything Factory — How to Draw a Spryte

Lastly, there was news about "Wolfboy." Apple announced that there’s plenty of magical beings to be found in Wolfboy and the Everything Factory! Art director Beatrice Blue and Wolfboy creator Toff Mazery show how you can draw your own magical characters at home.

Wolfboy and the Everything Factory — How to Animate a Character

Join animators Jane and Michael, as they show you how they built the magical world of Wolfboy and the Everything Factory on screen.

While I've yet to see the first two episodes of the Sci-Fi series "Foundation," reviewers from both The Verge and The Hollywood Reporter have already weighed in with negative news. While both reviewers found the sets of Foundation creatively beautiful, the show itself failed to connect with either.

The Hollywood Report stated at one point: "The pieces don’t always (or even often) go together well. And while the time-jumping in Foundation is never confusing, the intercutting of storylines is sometimes spectacularly artless, a poorly motivated fight scene wedged in to keep episodes from being too talky, or a rudimentary poli-sci lecture draining momentum from the occasional bit of building suspense, all less than ideal for a show with a weekly airing pattern."

For a storyline that's as complex as the one for Foundation is, having the audience painfully wait for weekly episodes is likely to kill the flow of the story, for many. For those wanting to wait for the entire series to finish, mark December 19 on your calendars as the date you'll be able to view the series in its entirety over a night or two.

For a streaming service that's proud to claim it's the only original content streaming service on the market, they screw it up by dragging out shows like traditional TV networks on a weekly basis – which is oh-so yesterday.