Apple has Fired Ashley Gjøvik who filed a complaint with the U.S. National Labor Relations Board last month In mid-August Patently Apple posted a report about Apple's new rebellious culture. While the report covered a number of recent incidences, one of them involved Ashley Gjøvik, a senior engineering project manager who had a long history of publicly criticizing the company's culture of work. Apple put her on paid leave.

News today is that Apple has fired Gjøvik who filed a complaint with the U.S. National Labor Relations Board last month. Apple informed Gjøvik that it’s terminating her employment for violating policies including the disclosure of confidential product-related information

Gjøvik, a senior engineering program manager at the company, filed an Aug. 26 NLRB complaint, which alleged harassment by a manager, a retaliatory investigation and forced paid administrative leave. Her situation began when she voiced fears about whether pollution had made her office a dangerous place to work.

In an interview earlier this month Gjøvik stated: "I should be able to raise concerns about safety and public policy. Gjøvik had also filed complaints with the Occupational Safety and Health Administration, California’s labor commissioner’s office and the Equal Employment Opportunity Commission.

Apple said Thursday that it wouldn’t discuss any individual employee matters, out of respect for the privacy of the people involved.

Ashley Gjøvik's linkedIn profile has already been updated, confirming her departure from Apple. Her new profile points out that she's a Juris Doctor and Public International Law Certificate candidate at Santa Clara University.

While a new California law passed state legislature on August 30th that would protect employees who speak out about workplace misconduct, even if they’ve signed an NDA, it now sits on Governor Newsom's desk to be signed.

Below is a 2019 photo of Apple's CEO with Governor Newsom reviewing Apple's $2.5 billion plan to combat housing crisis in California. The question becomes: Will Newsom sign a bill against the top tech global brands residing in Silicon Valley? Only time will tell. 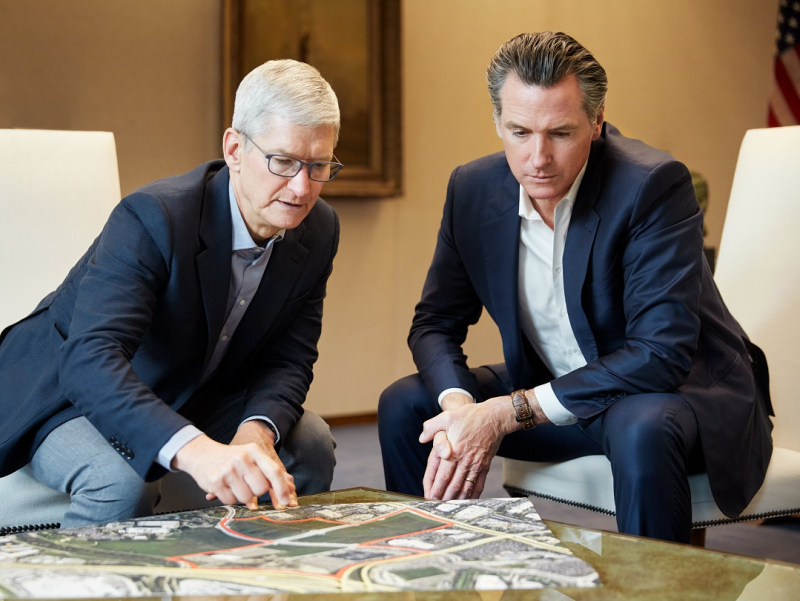