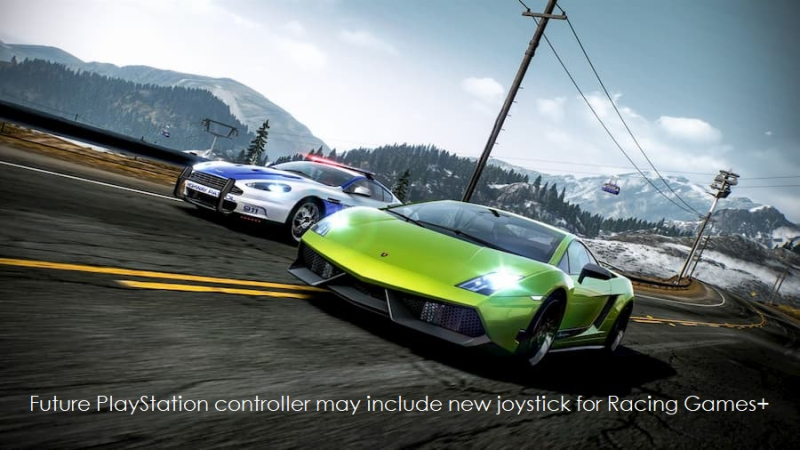 Patently Apple follows a few key industry player's patents to keep track on what interesting things that they're working on. Most Apple fans play PlayStation games and this week we discovered that Sony is working on possible additions to a future game controller. The new features include force feedback to improve simulation play, camera(s) and a biometric sensor.

Sony's patent FIG. 2 below is a first force feedback mechanism for providing resistance force to movement of a joystick (#200) that may be implemented in a computer simulation controller. The first force feedback mechanism may include a collar (#202) around the joystick that is made of a permanently magnetic material. The mechanism may also include plural electromagnets (#204, with four shown in FIG. 2 spaced 90 degrees from each other) that can be energized individually or in appropriate combinations to prove a magnetic force on the collar and, hence, the joystick.

Sony's patent FIG. 4 below is a schematic diagram of an example moving mechanism for a magnet in FIG. 3. 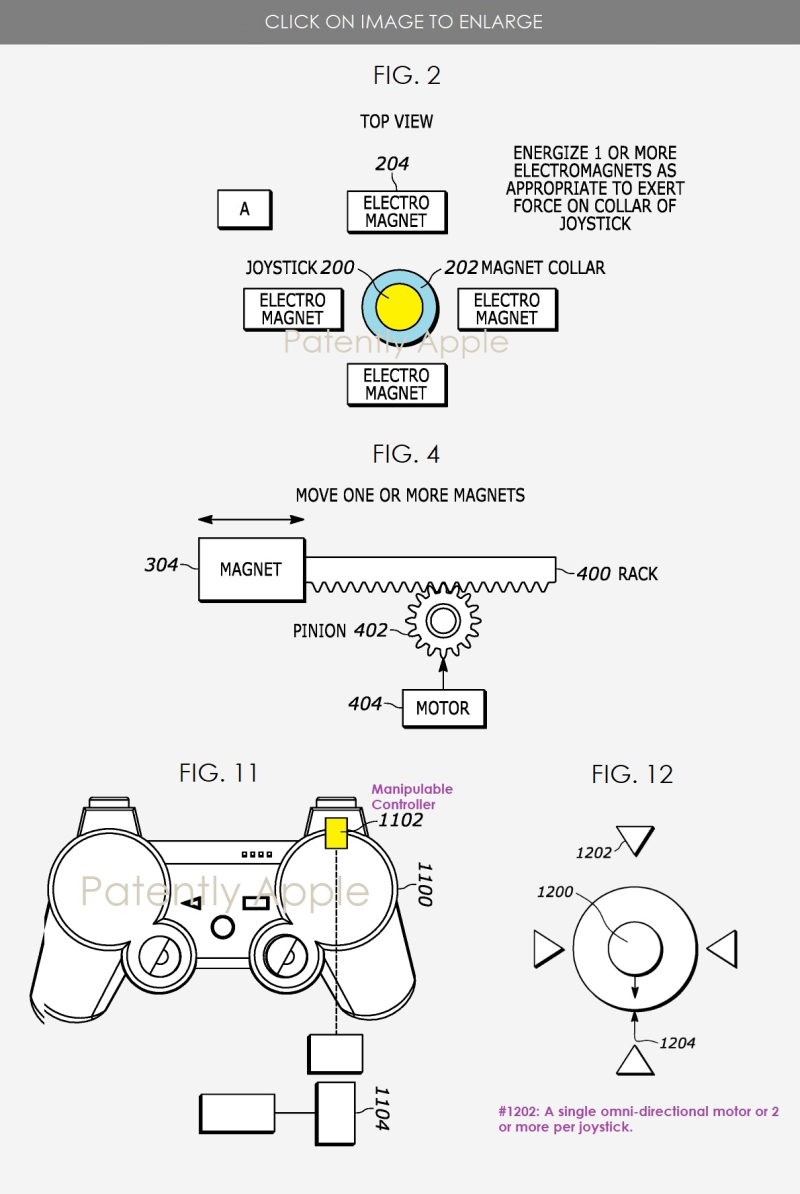 Sony describes thermal imaging cameras being a part of their "network" system with one or more on the console (AVD, Audio Visual Device) and one on the controller. A number of sensors were listed, with one being a "biometric sensor." Although not elaborated on, it's pretty clear that Sony is considering Touch ID-style biometrics to authenticate users.