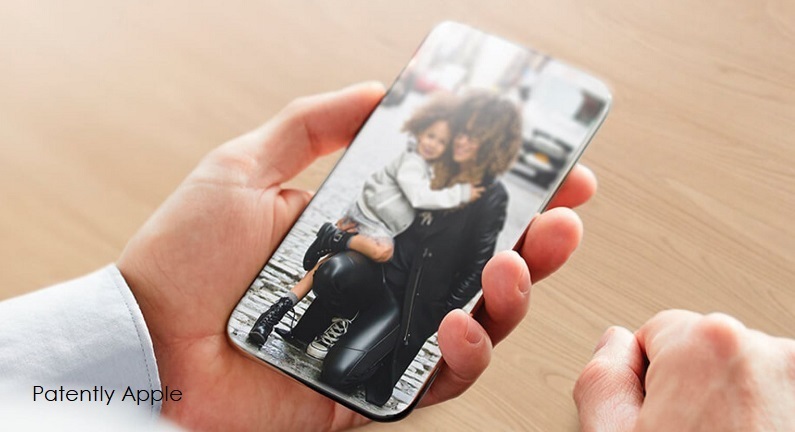 While Apple's iPhone 14 is likely to use TSMC's 3nm processor and advanced technology known as 3D Fabric, on September 8th Jon Prosser predicted that Apple's iPhone 14 would move to a punch hole face camera and hide the bulk of their backside cameras.  Weeks later, Apple analyst Ming-Chi Kuo predicted the very same thing about a punch hole face camera replacing the notch.

Today Mark Gurman weighed in on the iPhone 14 with very little to add considering he's predicting a "complete redesign" with next to nothing to back that claim up. Gurman adds that Apple's foldable iPhone is years away, something Kuo mentioned before. So there's nothing new on that front either.

Many smartphone companies are trying to improve photo quality on phones with punch hole designs that have had issues. Just this week the U.S. Patent Office published a patent application from Google about a future Pixel phone improving color on an under display camera using a sensor to reduce color distortions.

Google notes that positioning sensors underneath a display of a computing device can increase a size of the display used to view content. Some of these displays include a transparent layer that degrades (e.g., changes in color and/or opacity) over time and can affect the performance of these sensors. For a camera positioned underneath the display, captured content (e.g., images, videos) may include color distortions caused by ambient light being modified as it travels through the transparent layer. These color distortions can change a color of the content captured by the camera and detract from a user experience.

The sensor may detect ambient light periodically over time that is modified as it travels through the display, producing color distortions. The sensor may also detect a composite light periodically over time that includes calibration light emitted by the display and ambient light. The correction module may compare the ambient light and composite light to determine the color correction usable to improve the content captured by the camera and enhance a user experience.

Google's patent 3-3 below illustrates an example implementations of the color correction techniques performed by the correction module over time. 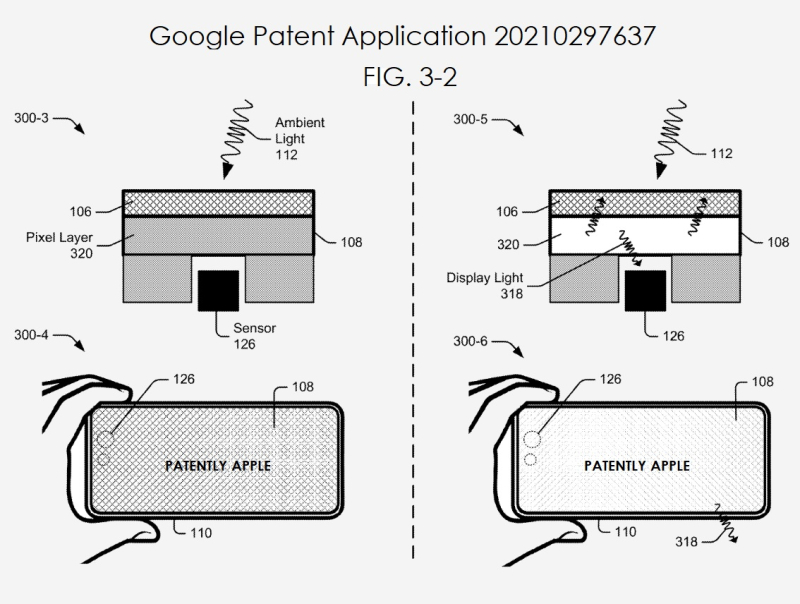 Shortly after Apple introduced iPhone X with it's TrueDepth camera for Face ID, fans weren't all that happy with the notch interfering with display images. The competiton began to introduce varying kinds of camera solutions that eliminated the notch, with Apple supplier AMS working on an under display camera in 2019. AMS continues to advance this camera concept.

While Apple has been granted patents on under display cameras for future Touch ID applications, a recent granted patent illustrates Apple working on a way to hide the cameras by moving the display temporarily to expose the Face ID cameras and more.

Apple's patent FIG. 1 below is an iPhone with an expandable display. Apple's FIG. 9 is a cross-sectional side view of a portion of an illustrative electronic device (e.g., iPhone) having a window with a bendable display region. 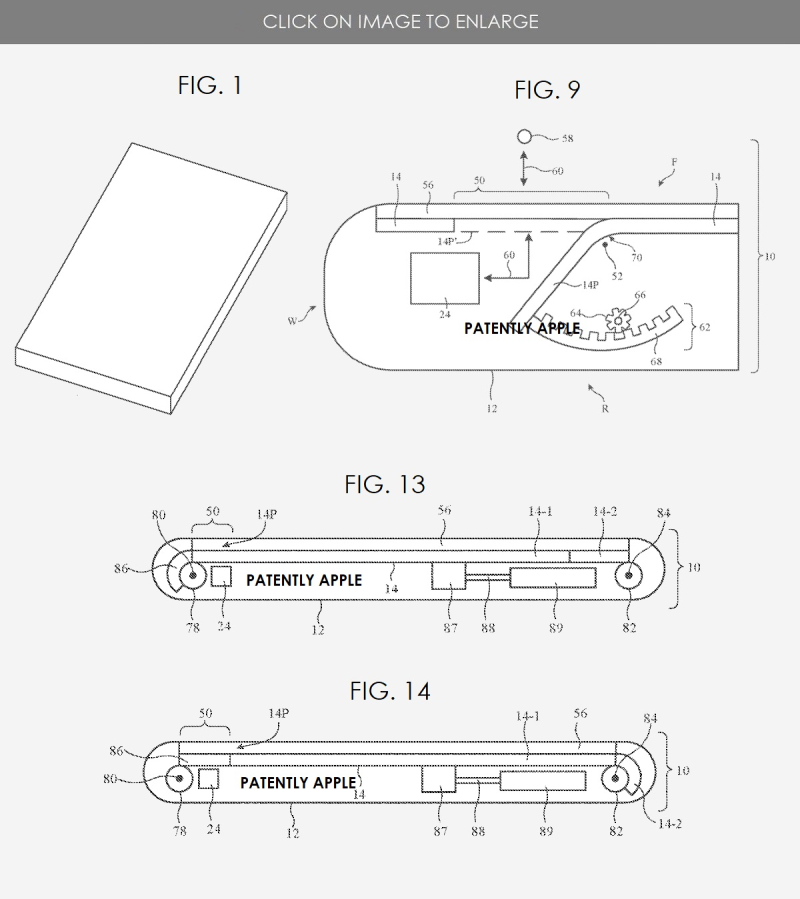 Apple's patent FIG. 13 above illustrates a cross-sectional side view of an illustrative electronic device with a slidable display arranged to cover a display window; FIG. 14 is a cross-sectional side view of the illustrative electronic device of FIG. 13 in which the slidable display has been moved to uncover a window region associated with the display window.

Which approach Apple will eventually take for iPhone 14 or beyond is unknown at this time, though the punch hole seems to be favored by the rumor gurus. Only time will tell if these guesses pan out.