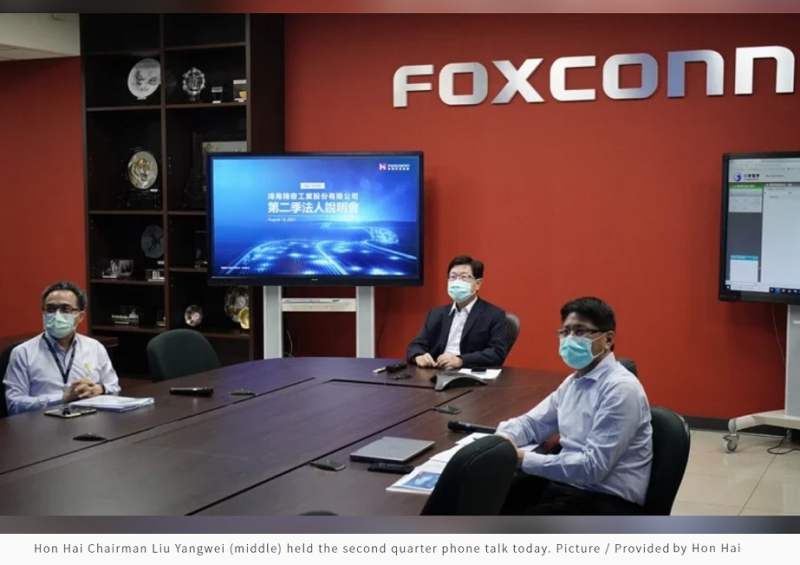 During Apple's Financial Conference Call in late July Apple's CEO warned analysts about a component shortage and that supply constraints would affect the iPhone and iPad in the current quarter. Cook clarified at the time that the shortages weren't in the high-powered processors that Apple has manufactured for its devices, but in what’s called "legacy nodes," or chips that do everyday functions like driving displays or decoding audio, and can be manufactured using older equipment.

Sales at the Taiwanese manufacturer’s consumer electronics business, which includes the iPhone, will decline this quarter compared with the previous three months, the company said Thursday. The downbeat projection caught analysts by surprise, given the third quarter is often the peak production season for a global electronics industry that scrambles every year to get devices in front of shoppers before the year ends.

The forecast raises questions about whether brands such as Apple, which is preparing to bring out the latest iPhone, will be able to meet demand fueled by the pandemic.

On Thursday, Liu said high comparison numbers in the previous quarter as well as product transitioning will result in the slight sequential sales decline in the consumer electronics unit. Total revenue will be little changed sequentially, Hon Hai said. Component shortages will last into the second quarter of next year, and the issue is having a limited impact on Hon Hai, Liu said.

To ensure sufficient supplies going forward, Hon Hai, the world’s largest contract electronics manufacturer and main assembler of iPhones, has struck various semiconductor pacts. It agreed to acquire a mature 6-inch wafer plant from Macronix International Co., and is setting up a chip joint venture with Yageo Corp. For more on this, read the full Bloomberg report on Yahoo! Finance.

The South Korean firm clinched deal from Apple’s change to how its camera modules for iPhones are assembled.

The kit inspections are for wide, ultra wide and telephoto cameras’ optical axis and image sensors to ensure they're aligned correctly. An incorrect axis can result in what the customer sees through the camera and the picture taken to be different.

Up to last year, Apple had procured double and triple camera modules from its suppliers LG InnoTek, Sharp and O’Film that are pre-assembled. But it is now procuring these camera modules individually and gave the job of assembly to Foxconn. The measure is being done to save cost.

Hyvision will be supplying its inspection kits for camera and 3D time of flight modules to LG InnoTek, while providing alignment inspection kits to Foxconn. For more on this, read the full report by THE ELEC.