While EU plans to pass legislation to force Apple to adopt USB-C connectors, Apple is likely to push for a Portless iPhone to P**s them off 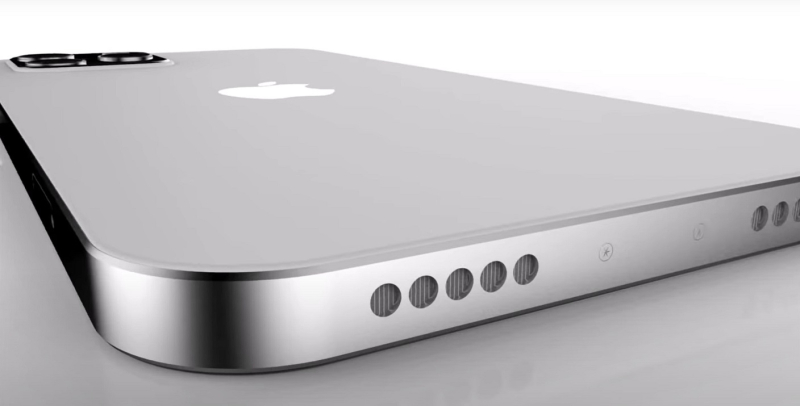 In January 2020 Patently Apple posted a report titled "With Apple never Complying with the EU's request to use a common Charger standard, the EU is now Preparing to Force Compliance." The European Parliament has been patient with Apple. They asked Apple to switch to USB way back in 2014.

Apple has continually rebelled against such a move. In January 2019 Apple's official response in-part stated: "Apple stands for innovation. Regulations that would drive conformity across the type of connector built into all smartphones freeze innovation rather than encourage it. Such proposals are bad for the environment and unnecessarily disruptive for customers.

More than 1 billion Apple devices have shipped using a Lightning connector in addition to an entire ecosystem of accessory and device manufacturers who use Lightning to serve our collective customers. We want to ensure that any new legislation will not result in the shipment of any unnecessary cables or external adaptors with every device, or render obsolete the devices and accessories used by many millions of Europeans and hundreds of millions of Apple customers worldwide. This would result in an unprecedented volume of electronic waste and greatly inconvenience users. To be forced to disrupt this huge market of customers will have consequences far beyond the stated aims of the Commission."

Beginning last year, Apple began to not ship unnecessary external adaptors with every device in an effort to appease the E.U. But, it's apparently not winning over the European Parliament.

We're now learning from Reuters that "The European Commission will next month present legislation to establish a common charger for mobile phones and other electronic devices within the 27-nation bloc.

The move will affect iPhone maker Apple more than its rivals. Apple's iPhones, iPads and other hardware uses a lightning port and cable whereas Android devices already use USB-C connectors.

Half of chargers sold with mobile phones in the European Union in 2018 had a USB micro-B connector while 29% had a USB C connector and 21% a Lightning connector, a Commission impact assessment study in 2019 found.

The EU executive is currently drafting the legislation, the source said, without giving further details. Lawmakers at the European Parliament last year voted overwhelmingly in favor of a common charger, citing environmental benefits and convenience to users." For more, read the full Reuters report on Yahoo! Finance.

Apple's frustration with the European officials has been growing for years with their court battle over back-tax and the never-ending investigations into the Apple Store, Siri and other matters.

Last month Apple legal barked that they would leave the U.K. market it a court forces the company to pay a 'commercially unacceptable' fee for the technology used in its iPhones. The extraordinary threat raises the prospect of an end to new iPhone sales in the UK and the restriction of services and upgrades to existing customers. Although Apple is highly unlikely to follow through with its ultimatum, the row is the latest sign of the escalating hostilities between Apple, the UK and EU.

With that said, the challenge may be good for Apple fans as it's been rumored for sometime now that Apple has been working on a portless iPhone. Leaker Jon Prosser's 2020 tweet below points to such an eventuality and this would drive the EU crazy that Apple dared to outsmart them. 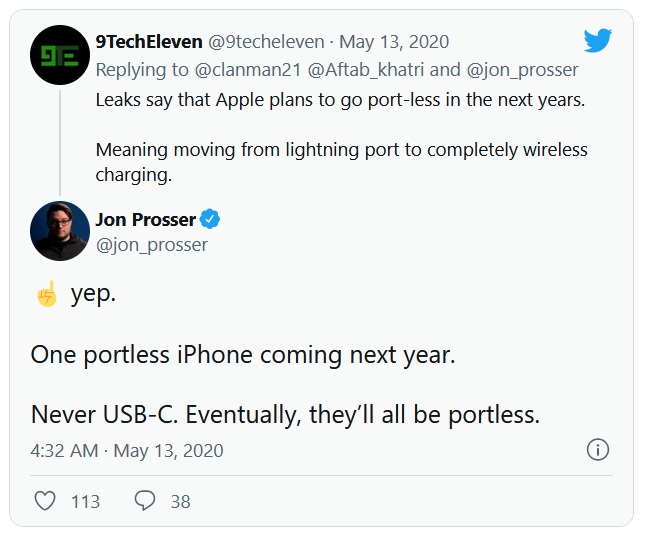