While a Steve Jobs strategy agenda memo revealed an iPhone nano in 2010, patents covering such a device date back to 2007 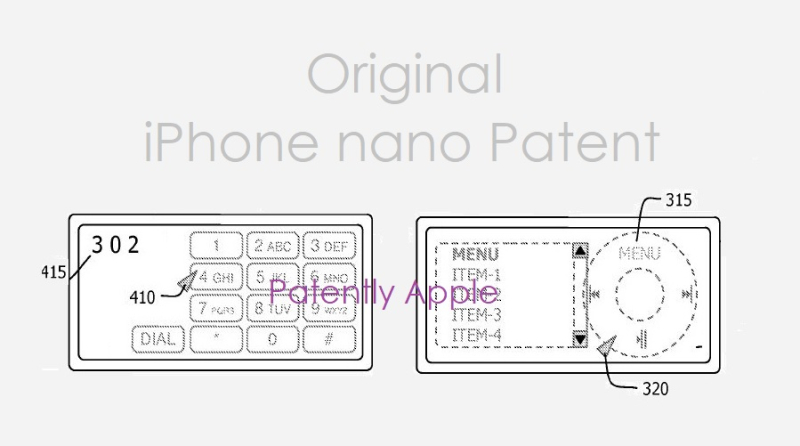 Back in 2011, rumors swirled that Apple was working on a so-called "iPhone nano," a new iPhone that would be smaller and cheaper than the top-of-the-line model at the time. While Apple never released that rumored super-small phone, a Steve Jobs email that The Verge spotted while collecting emails from the Epic v. Apple lawsuit confirms that the company was indeed working on an iPhone nano at one point in time.

That's not really a surprise to Patently Apple who covered two patents of Apple's covering an iPhone nano, in fact years before the dated Steve Jobs memo.

Our July 29, 2009 Patently Apple posted a patent report titled "Stunning Nano-Phone Surfaces in Patent." The iPhone nano had a backside interface with a virtual phone keypad. The 'Prior Art' illustrated that the Apple was going to modernize the original iPod-design. 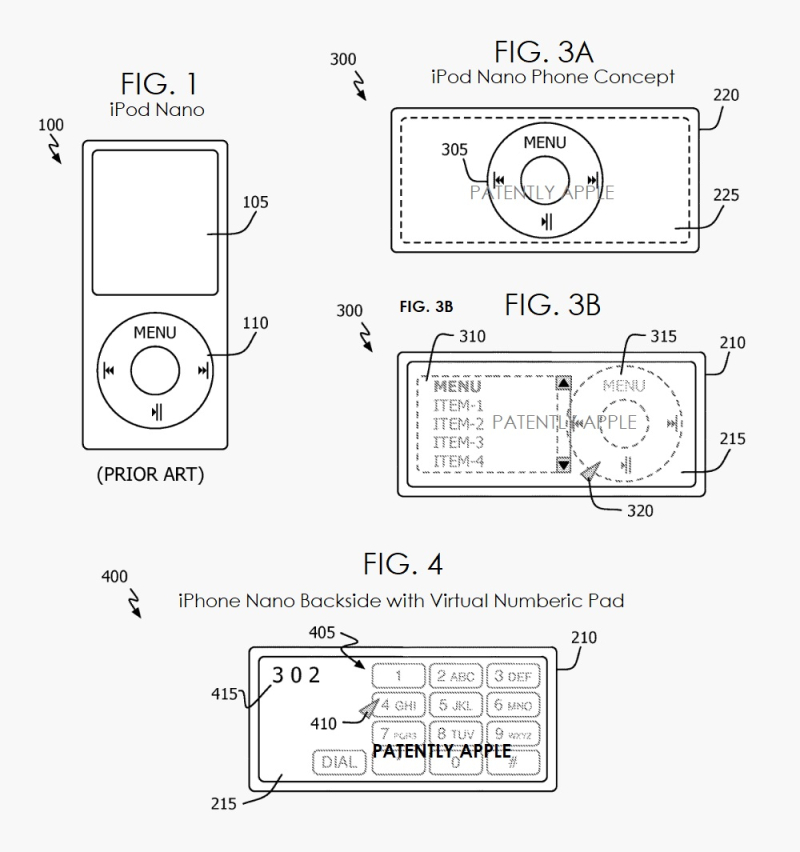 Even though we covered this patent in 2009, the patent was actually filed in January 2007 which is months prior to the original full size iPhone surfaced on June 29, 2007. The patent was filed by a single engineer, John Elias, so as to keep the invention as secretive as possible.

A second Apple engineer, Scott Myers, invented a second version of a possible iPhone nano prior to its first granted patent in September 2011. While the provisional patent number is listed, it's not dated. A guestimate would put it at between 2008-2010.

Apple's patent FIG. 4 states that the design below is "a perspective view of portable electronic device in operation. Notice how the wrap around display substantially increases the available display area that can be used for display of icons, data, images, video and such." 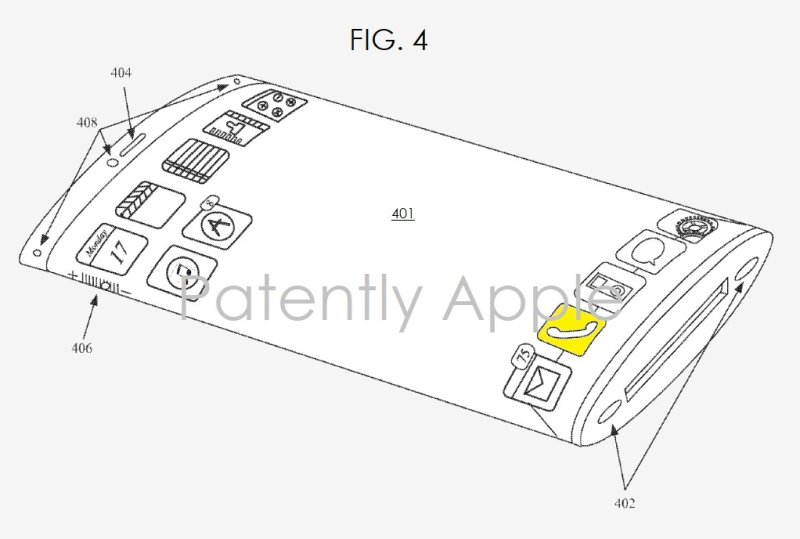 In more detail, Apple noted that in patent FIG. 4 we see a perspective view of portable electronic device in operation. "Notice how the wrap around display substantially increases the available display area that can be used for display of icons, data, images, video and such. For example, as shown in FIG. 4, up to five application icons can be presented that span the width of a display (#401).

Microphones (#402) and speaker (#404) allow portable electronic device to act as a portable personal communication device, such as a smart phone.

So it's clear, according to Apple's own patent history, that the iPhone nano was conceived well before it was brought up in a strategy memo by Steve Jobs in 2010.