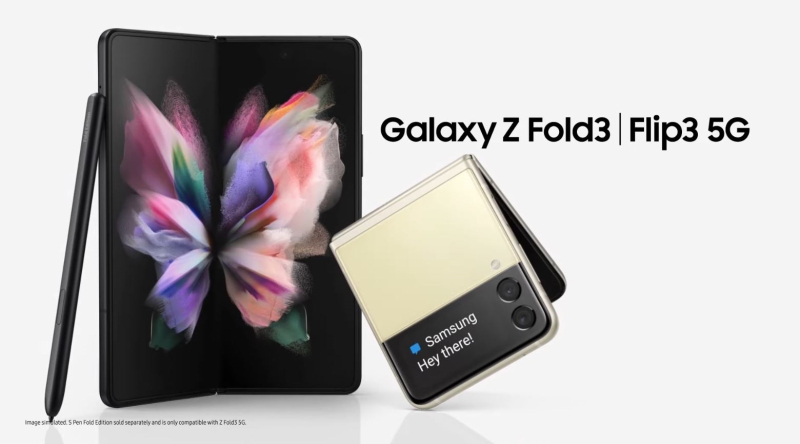 This morning Samsung Electronics held its summer event wherein they launched a new lineup of consumer devices for the latter half of the year, positioning its new Galaxy Z Flip 3 as a direct rival to Apple Inc.’s upcoming iPhone 13 release.

"The 5G-capable, Android-powered Flip 3 device dramatically lowers the entry price for the foldables category, coming in at $999. The  new Galaxy Z Fold 3 now sells for $1,799. Samsung's new Galaxy Watch 4 starts at $249 and their new Galaxy Buds 2 sell for $149.

The new Galaxy Z Fold 3 now offers S Pen support. Back in April, Patently Apple posted a report titled "A Samsung Patent Filing reveals that S Pen input could be coming to Galaxy Z Fold Smartphones and possibly this summer." It's great to see that the report panned out on cue.

One of key the new features introduced today for the Galaxy Z Fold 3 worth pointing out is it's new under-display camera, which gets ahead of Apple.