In an effort to challenge iPhone 13, Google Reveals their new 'Tensor' chip that will debut on their redesigned Pixel 6 phones this fall 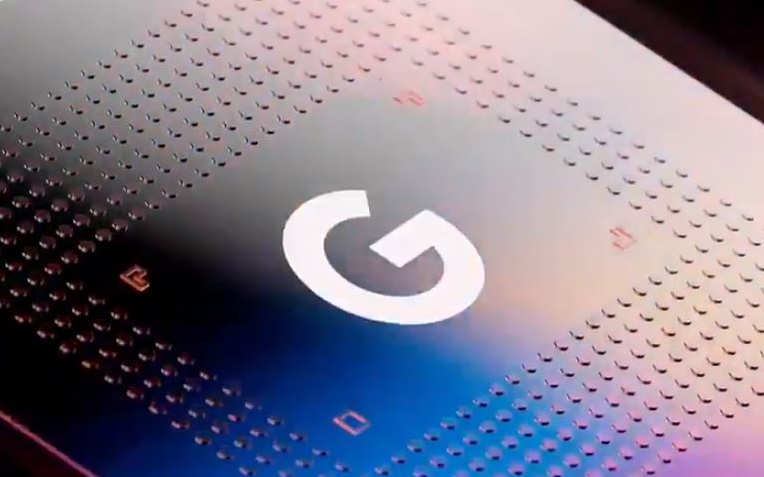 Apple's A-Series chips have always beaten Qualcomm's Snapdragon processor in terms of brute power. In January Qualcomm acquired Nuvia with one of the owners being Gerard Williams III, the masterminds behind the A-Series processors. In July, Qualcomm's new CEO Cristiano Amon stated that their Nuvia-based Laptop chip for PC's will be able to compete with Apple's powerhouse M series processors. These chips may end up in higher-end Chromebooks, so Google will continue to use processors for Google products in the future. However, Google's next-gen Pixel 6 and 6 Pro will use a custom chip designed by Google.

We made a chip!#Pixel6 is powered by our first ever smartphone SoC: meet Google Tensor

Yesterday Google's CEO Sundar Pichai tweeted: "So excited to share our new custom Google Tensor chip, which has been 4 yrs in the making. Tensor builds off of our 2 decades of computing experience and it’s our biggest innovation in Pixel to date. Will be on Pixel 6 + Pixel 6 Pro in fall." 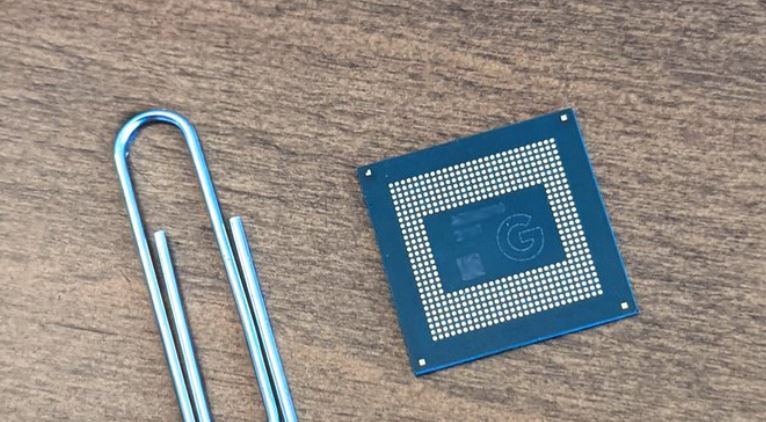 According to Rick Osterloh, Googls' SVP Devices & Services: "We set out to make our own System on a Chip (SoC) to power Pixel 6. And now, years later, it’s almost here. Tensor is our first custom-built SoC specifically for Pixel phones, and it will power the Pixel 6 and Pixel 6 Pro later this fall.

These new phones redefine what it means to be a Pixel. From the new design that combines the same beautiful aesthetic across software and hardware with Android 12, to the new Tensor SoC, everything about using the Pixel is better.

We also upgraded the rear camera system. The improved sensors and lenses are now too big to fit into the traditional square — so the new design gives the whole camera system a new home with the camera bar." 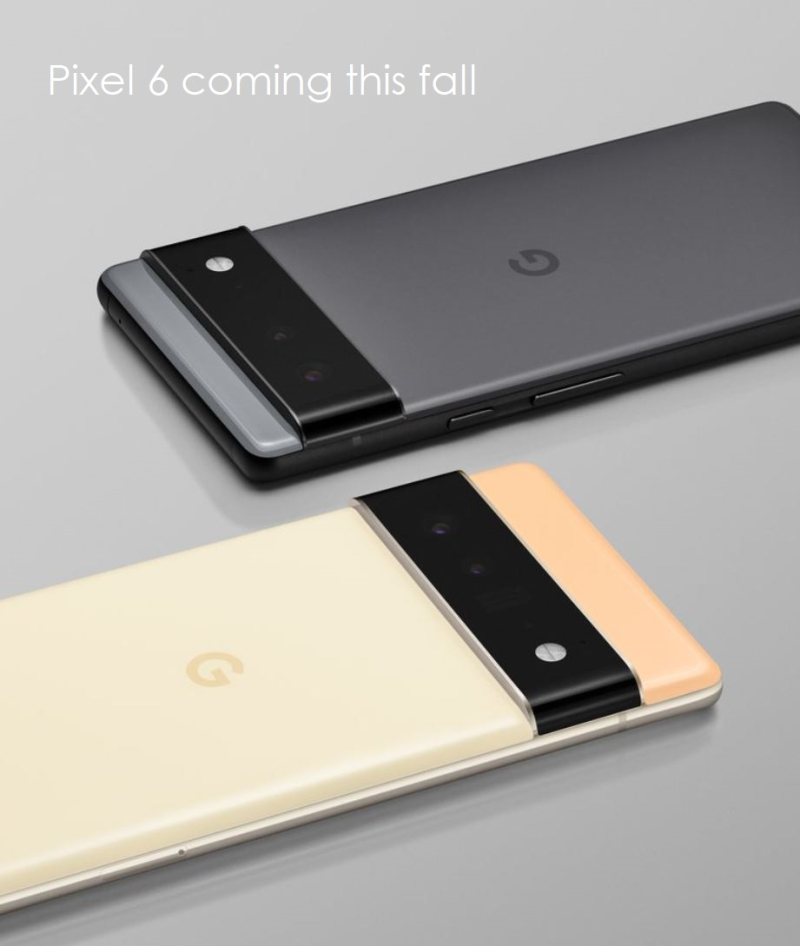 Osterloh added that "Tensor was built for how people use their phones today and how people will use them in the future. As more and more features are powered by AI and ML it’s not simply about adding more computing resources, it’s about using that ML to unlock specific experiences for our Pixel users.

The team that designed our silicon wanted to make Pixel even more capable. For example, with Tensor we thought about every piece of the chip and customized it to run Google's computational photography models. For users, this means entirely new features, plus improvements to existing ones.

Tensor enables us to make the Google phones we’ve always envisioned —  phones that keep getting better, while tapping the most powerful parts of Google, all in a highly personalized experience. And with Tensor’s new security core and Titan M2, Pixel 6 will have the most layers of hardware security in any phone.

You’ll see this in everything from the completely revamped camera system to speech recognition and much more. So whether you're trying to capture that family photo when your kids won’t stand still, or communicate with a relative in another language, Pixel will be there — and it will be more helpful than ever. We look forward to sharing more about Pixel 6 and Pixel 6 Pro later this year."

The Pixel 6 Pro model will add a telephoto lens for a wider range of zoom. Rumors have forecasted that Google will unveil a periscope zoom lens, and a fresh leak reveals it could go up to 5x, with Google calling it ‘ultratele’ zoom hidden in code.

While Google dropped their radar system in their last smartphones, it's possible it might make a comeback this year being that they've been updating their patent 20210190902 titled "Smart-Device-Based Radar System Performing Symmetric Doppler Interference Mitigation." Google has added 20 new patent claims describing various aspects of the update to the radar system. Of course it's not a guarantee it will resurface and the Pixel 6 or 6 Pro. 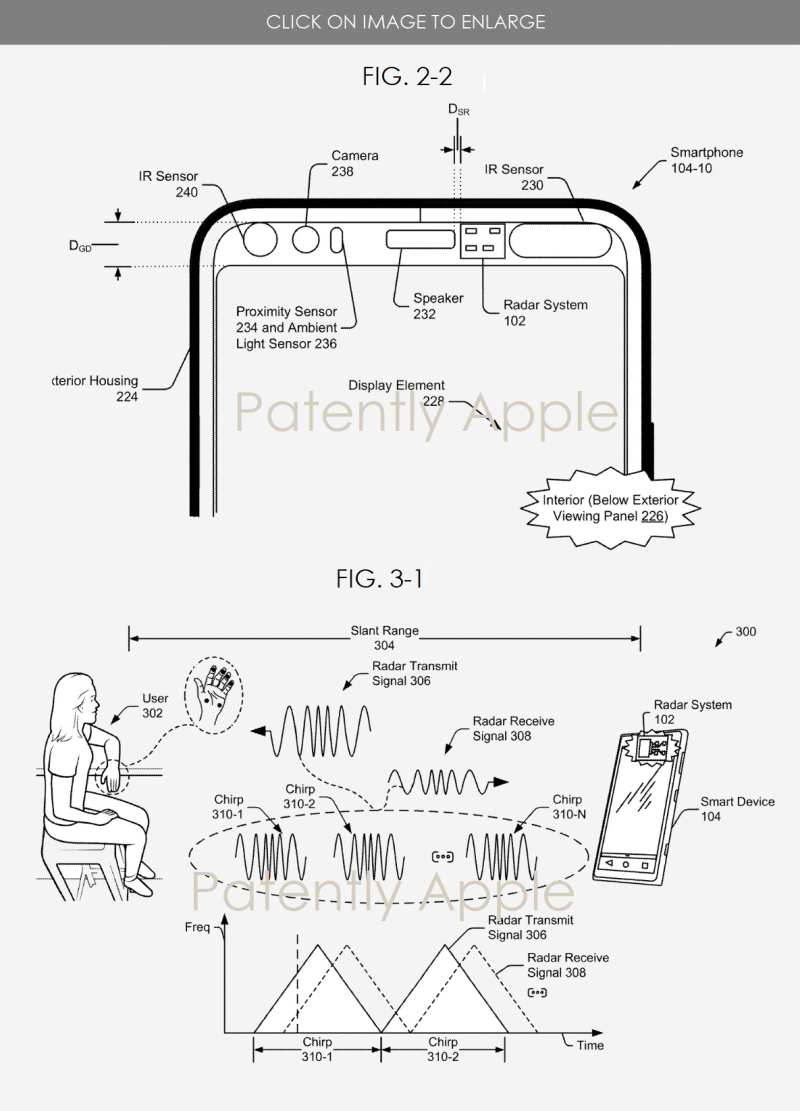