Home Archives Contact Us Subscribe Twitter MeWe Facebook Patently Mobile
Apple releases a 'CODA' promotional video with its lead actress singing "You're All I Need to Get By" + Apple film 'Finch' premiers in November
While EU plans to pass legislation to force Apple to adopt USB-C connectors, Apple is likely to push for a Portless iPhone to P**s them off 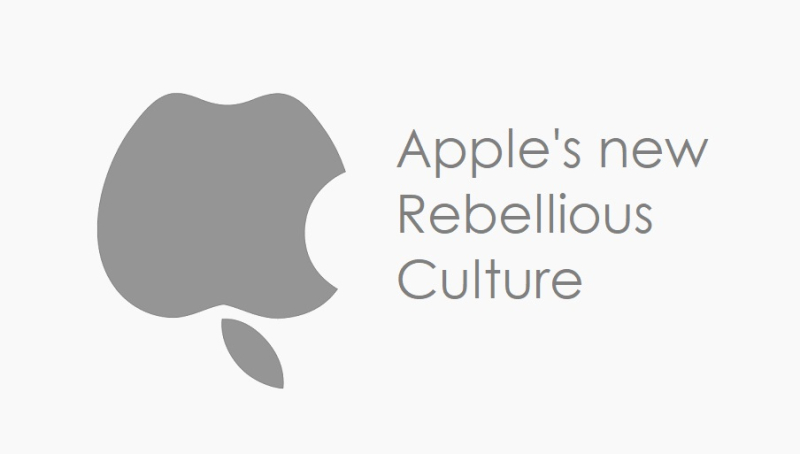 Back in June, a large group of Apple  employees openly rebelled against the company's back to work policy set by Apple's CEO Tim Cook. They made sure the rebellion would make headlines by leaking their demands to The Verge. Then earlier this week Apple shut down employee-run surveys on pay equity that includes diversity data.

The first known survey began in the spring and asked people to volunteer salary information in addition to how they identify in terms of race, ethnicity, gender, and disability. After about 100 responses, Apple’s people team — the company’s name for what is commonly called human resources — asked employees to take the survey down, saying the demographic questions constituted personally identifying information.

Last week, employees tried to start another pay equity survey but were again told to take it down because it included a question on gender. Apple's version of human resources sent out a notice that "All requests for identifiable employee data must be submitted to the People team via the People Report Request Form. If approved, the People team will provide the employee data directly from their systems."

On August 5, we learned that Apple employee Ashley Gjovik, a senior engineering project manager who had a long history of publicly criticizing the company's culture of work, was sent on paid leave.

In recent months, more and more Apple employees have started to loudly criticize the actions of their superiors and working conditions in this company. Once again, it was The Verge that got the scoop.

So, following raising concerns to #Apple about #sexism, #hostileworkenvironment, & #unsafeworkconditions, I'm now on indefinite paid administrative leave per #Apple employee relations, while they investigate my concerns. This seems to include me not using Apple's internal Slack.

Late yesterday Reuters reported that a contingent of Apple employees are rebelling against the company's latest child protection features.

A backlash over Apple’s move to scan U.S. customer phones and computers for child sex abuse images has grown to include employees speaking out internally, a notable turn in a company famed for its secretive culture, as well as provoking intensified protests from leading technology policy groups.

Apple employees have flooded an Apple internal Slack channel with more than 800 messages on the plan announced a week ago, workers who asked not to be identified told Reuters. Many expressed worries that the feature could be exploited by repressive governments looking to find other material for censorship or arrests, according to workers who saw the days-long thread.

Past security changes at Apple have also prompted concern among employees, but the volume and duration of the new debate is surprising, the workers said. Some posters worried that Apple is damaging its leading reputation for protecting privacy.

Forget about possibly apprehending child predators and saving children from a lifetime of pain if not death, it's the me-generation and their privacy is all that matters. These Apple employees are not happy that drug dealers, Antifa and terrorists are protected by Apple. No, privacy will die if Apple proceeds to protect children.

That said, Apple employees state that "that while the U.S. government can’t legally scan wide swaths of household equipment for contraband or make others do so, Apple is doing it voluntarily, with potentially dire consequences.

People familiar with the matter said a coalition of policy groups are finalizing a letter of protest to send to Apple within days demanding a suspension of the plan. Two groups, the Electronic Frontier Foundation and Center for Democracy and Technology both released newly detailed objections to Apple’s plan in the past 24 hours."

Critics, mostly from groups trying to protect their own encryption programs, have lashed out at Apple and have created theories of what dire consequences Apple's decision could bring to world so as to whip up support.

The Electronic Frontier Foundation went on the offensive stating that a "Police and other agencies will cite recent laws requiring 'technical assistance' in investigating crimes, including in the United Kingdom and Australia, to press Apple to expand this new capability."

Lawmakers will build on it as well, said Neil Brown, a U.K. tech lawyer at decoded.legal: "If Apple demonstrates that, even in just one market, it can carry out on-device content filtering, I would expect regulators/lawmakers to consider it appropriate to demand its use in their own markets, and potentially for an expanded scope of things." For more, read the full CNBC report.

Apple Inc. responded to concerns about its upcoming child safety features, saying it doesn’t believe its tool for locating child pornographic images on a user’s device creates a back door that reduces privacy.

Apple has published a technical summary document on child sexual abuse material (CSAM) that is presented in full below:

At the end of the day, it appears that Apple has a growing problem with outspoken employees out to embarrass the company publicly. Whether Apple legal will bake new employment rules into future contracts to stop complaints from going public is unknown. Though one thing is for sure, Apple's famed secretive culture is unravelling.

Some will view these situations as nothing more than  progress while others will see this as the beginning of chaos at Apple that is spreading across all of Silicon Valley's big tech companies at the moment. Stay tuned, there's likely more to follow.