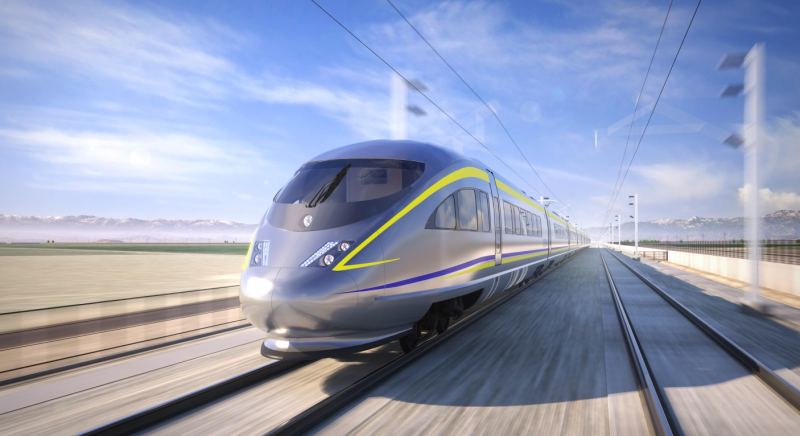 According to Forbes, when it comes to high-speed trains, China's rail system is in a class by itself, according to the Railway Gazette International's latest World Speed Survey. China's fastest trains, the G17 and G39 trains between Beijing and Nanjing, reached a top speed of 317.7 kph (197 mph) during the test period, slightly below their maximum speed of 350 kph (218 mph). But this data point doesn't begin to capture China's complete domination of the world's high-speed rail race. Europe also has a number of high-speed trains. In the US, progress is slow but it's beginning to happen throughout the U.S.

The first segment of the San Francisco to L.A. 220-mph high-speed line is under construction in the Central Valley. It's part of a statewide Integrated Network plan and will improve transit throughout the state, according to the  High Speed Rail Alliance. Other high-speed trains are being planned for Miami, Orlando, Disney and Tampa, L.A. to Las Vegas and Dallas to Houston.

One of the proposed work items for Release 15 of 3GPP is user equipment (UE) velocity-oriented mobility management for long term evolution (LTE) networks for high-speed trains (e.g., high-speed rails with rail transportation capable of about 200 kilometers per hour/120 miles per hour). As more users increasingly take high speed trains as their first choice of travel mode, and more cities are being connected by high-speed railway, operators are trying to provide better coverage along the railway to better serve the users on high-speed train.

Operators have already exploited dedicated resources or specific designs for the coverage of high-speed railway, which is normally called "High-speed-railway dedicated LTE network," The so-called "High-speed-railway dedicated LTE network" (or an HST non-station cell) can be different in eNB functionality and network structure from the network deployed for normal ground users or low-medium mobility users, which can be referred to as the "public LTE network" (or a station cell).

However, from the experience of operating and optimizing of the "High-speed-railway dedicated LTE network," it was found not only users on high speed train are absorbed into this dedicated network coverage and access, but also those low-medium mobility users who should have been intentionally served by the "public LTE network" are attracted to the dedicated network, and thus overloading or draining resources not intended for them.

Apple's patent FIG. 6 below is a diagram illustrating an example high speed rail network environment at a train station; FIG. 7 is a flow diagram of an example method employable at a base station (BS) that facilitates identification/selection/reselection/handover of high-speed rail cells at a station. 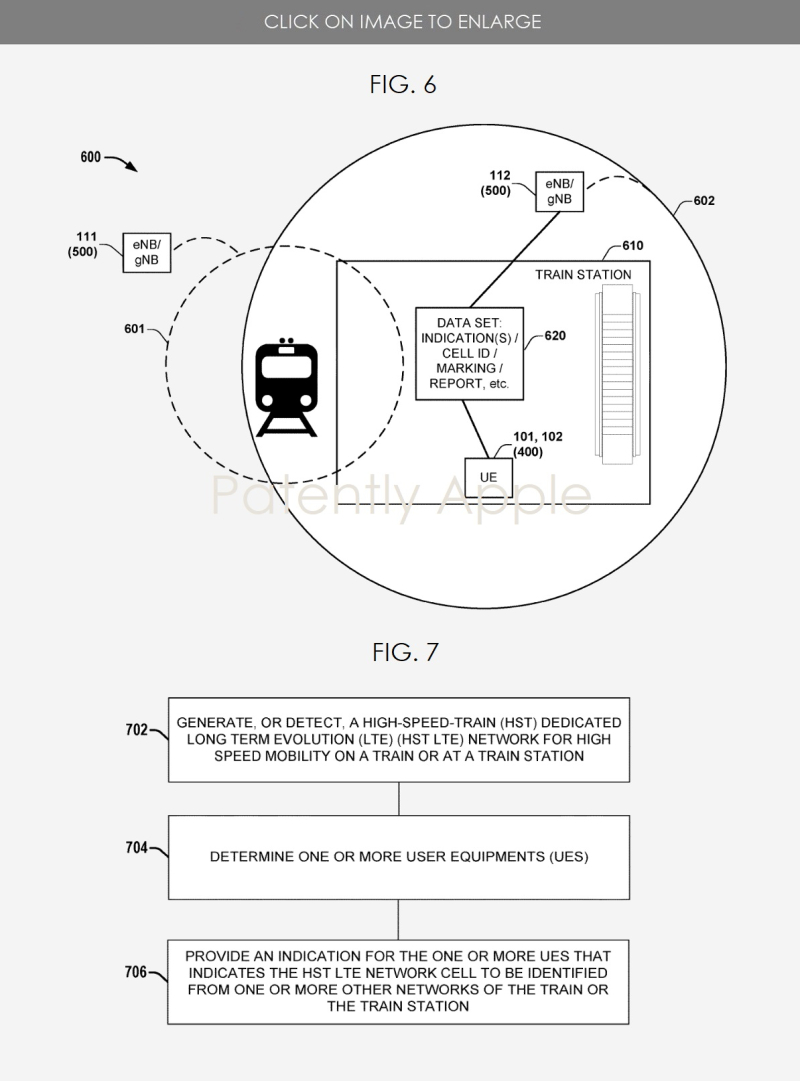 For those interesting in diving into the technical details, check out granted patent 11,102,694