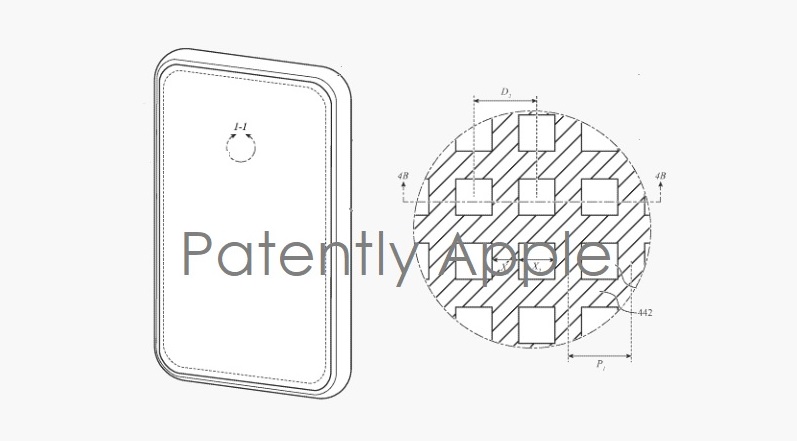 Today the U.S. Patent and Trademark Office officially granted Apple a patent that relates to iPhones having a coating that includes a linear fluorinated oligomer or linear fluorinated polymer that provides superior anti-fingerprint results while enhancing wireless charging on both sides of an iDevice that could come in handy when "reverse charging" or 2-way charging a second device.

Coincidentally, Bloomberg's Mark Gurman posted a rumor report in June claiming that the 2022 iPad will come with a glass back that will support reverse charging.

The coatings described herein may provide several advantages including, but not limited to, making the electronic device easier to hold and facilitating wireless charging functions.

Apple's patent FIG. 1A below shows a front view of an iPhone; FIG. 1B shows a rear view of the electronic device of FIG. 1A. 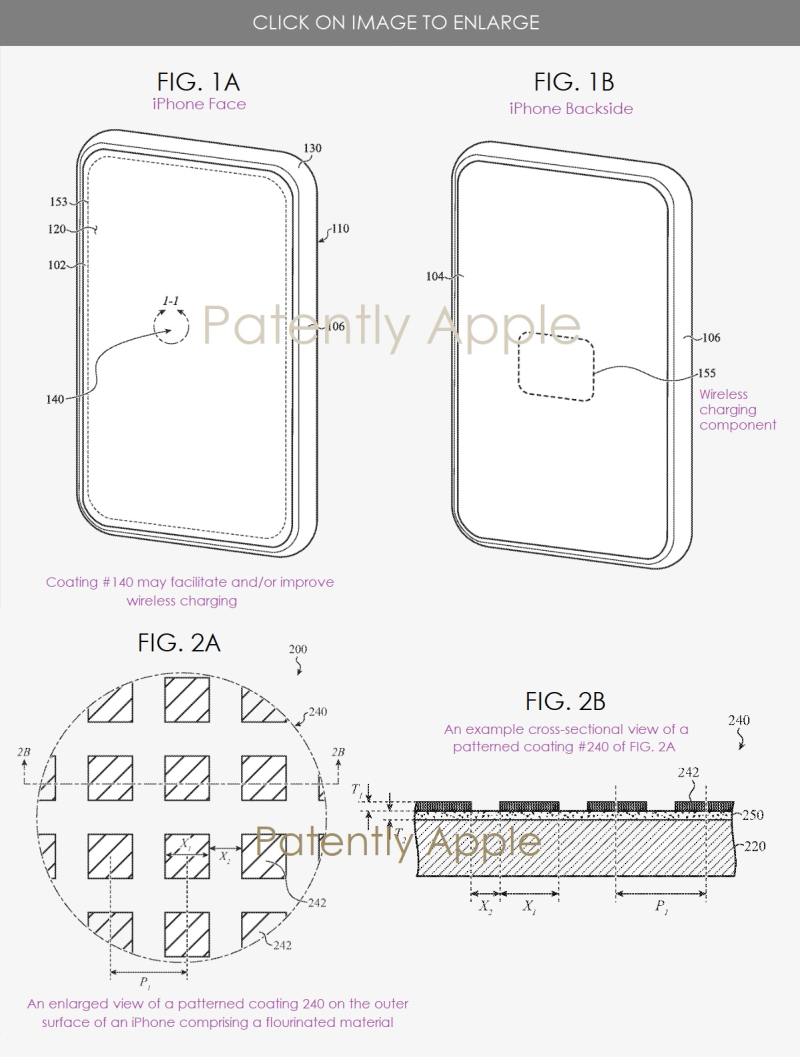