Apple was granted 53 Patents today covering an Optical System for a Future HMD, a Periscope-Like Zoom Camera for iPhone & more 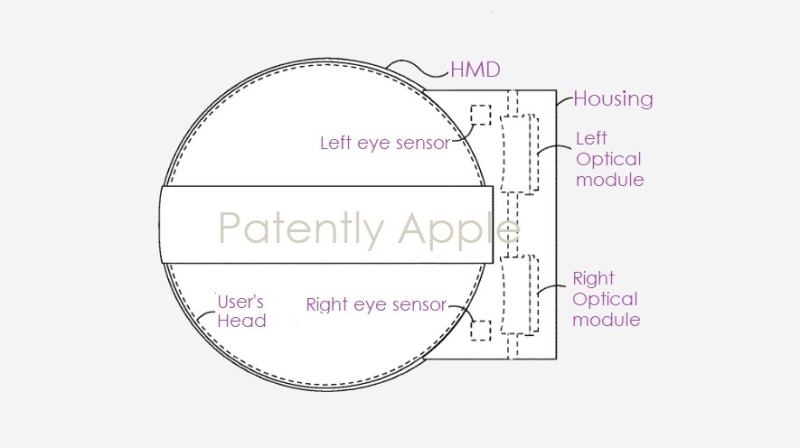 The U.S. Patent and Trademark Office officially published a series of 53 newly granted patents for Apple Inc. today. In this particular report we briefly cover an optical system for Apple's future mixed reality headset, a periscope-like zoom camera. And as always, we wrap up this week's granted patent report with our traditional listing of the remaining granted patents that were issued to Apple today.

Apple's latest granted patent for a future mixed reality headset (HMD) covers an optical module for a display system includes a lens, a display screen, a movement mechanism, and one or more pressure-relieving features. The display screen cooperatively defines a chamber with the lens. The lens and the display screen are moved relative to each other by the movement mechanism. The one or more pressure-relieving features are in fluid communication with the chamber to hinder pressure in the chamber as the lens and the display are moved relative to each other. 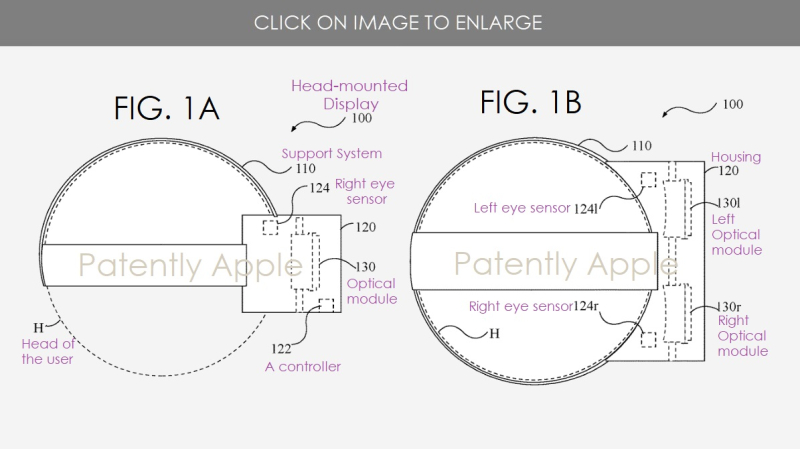 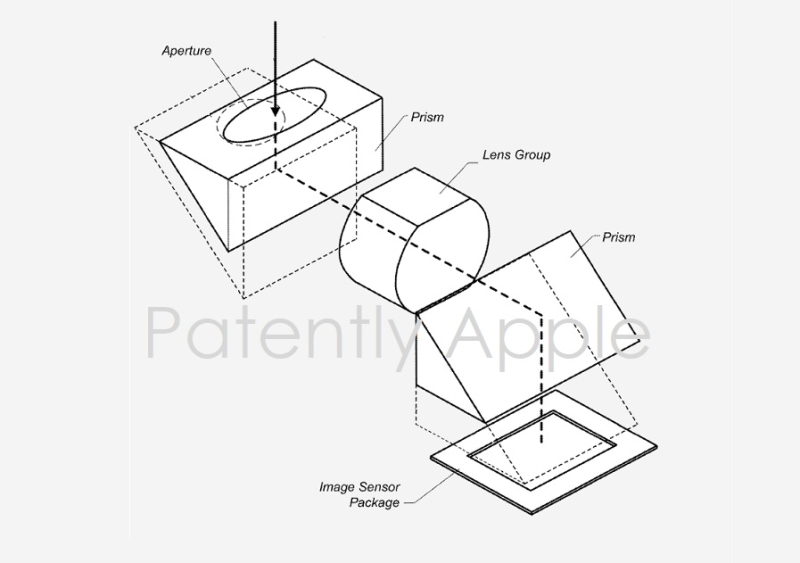 Apple has been working on a foldable camera lens or periscope lens for some time now, though Samsung, Huawei and others have beaten Apple to market with such camera systems that provides vastly superior zoom functionality.

We covered new patent applications on this possible future camera lens system back in January and again in February (2021). Today, Apple was granted yet a different patent covering a folded camera system. 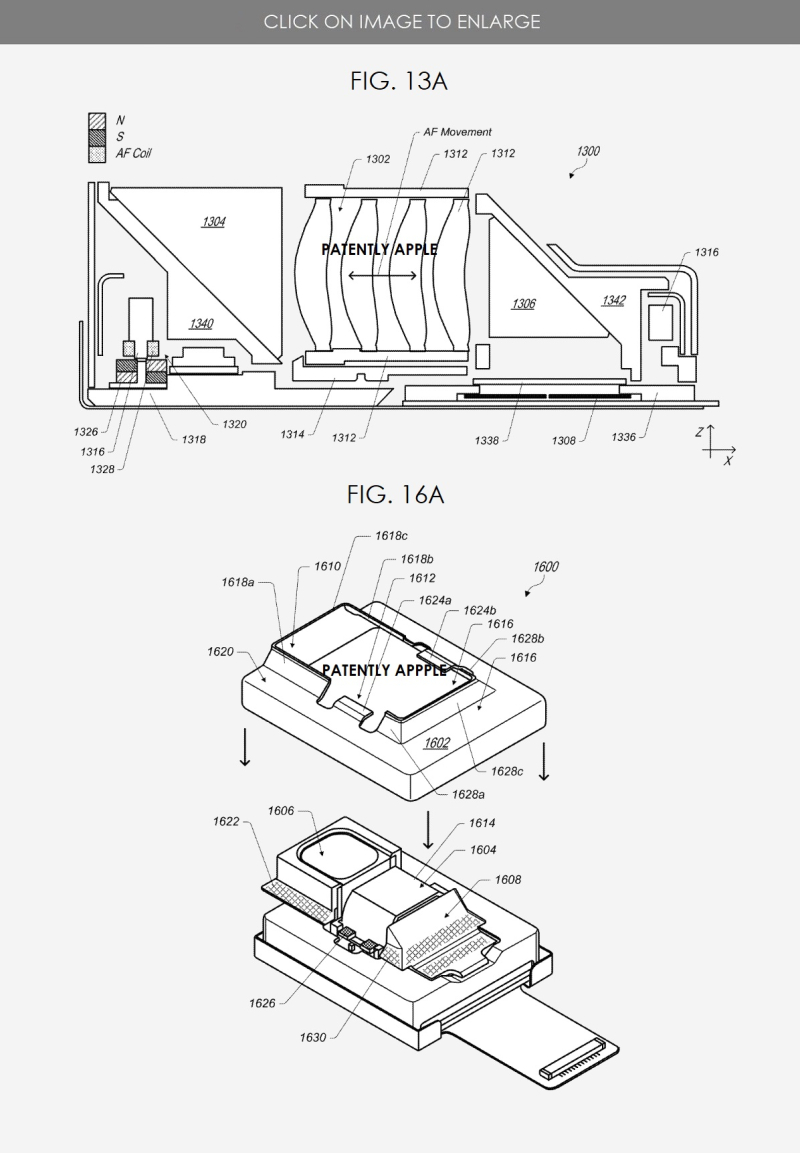 Apple's patent FIG. 16A above illustrates an example camera that has a folded optics arrangement and that includes a module can with retention elements.

For more details on this invention, review Apple's granted patent 11,092,773. To get the bigger picture about this invention, also review the two patents that covered in Q1-21 noted earlier in this report. 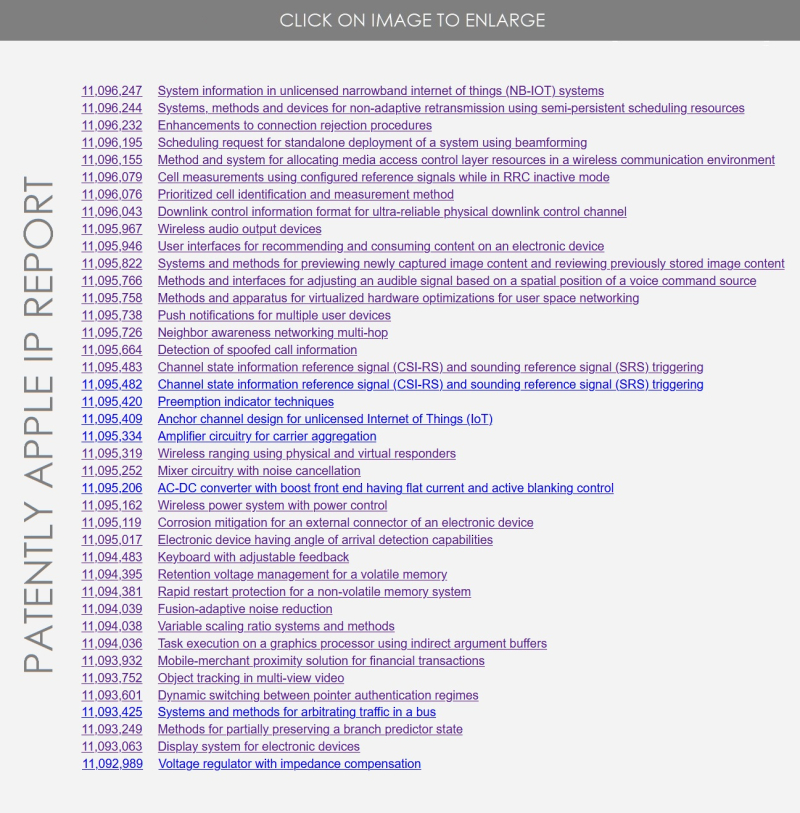