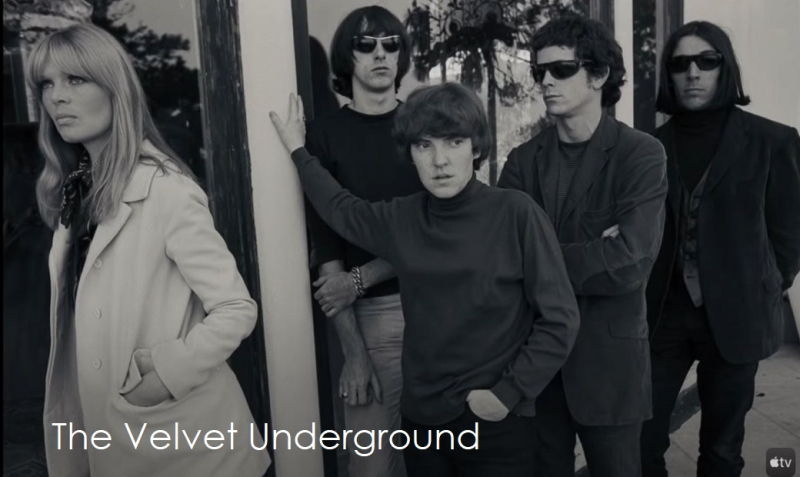 In April Patently Apple posted a report titled "On May 21 Apple TV+ will debut an immersive 8-Part Docuseries titled "1971: The Year That Music Changed Everything." Today, Apple TV+ takes a deep dive into the music movement of the 60's by releasing the trailer for Todd Haynes documentary The Velvet Underground. The director’s debut documentary that premiered at this year’s Cannes Film Festival will be in theaters and on Apple TV+ on October 15.

In a deep dive into the seminal 1960s avant-garde rock band The Velvet Underground, the documentary dissects just what made the New York foursome one of the most influential band of all time, using interviews, never-before-seen performances and experimental art to tell a story about how Andy Warhol’s house band — Lou Reed, John Cale, Sterling Morrison and Maureen Tucker — became a cultural lighthouse fusing art, music and film.

Haynes told Deadline at Cannes that what drew him to the subject matter was how New York was an artistic hub that helped spawn the band.

Haynes added: "I wish it could happen again, but I think it’s a product of a very unique and specific decade that has been well-described for that kind of creative vitality, spanning all genres of music and all kinds of recording artists during the 1960s. But it also was further intensified by the locale and this geographic concentration of New York itself. And that’s the part that I find hard to find a parallel to today, in a very dispersed Internet, digital culture that doesn’t concentrate people and places in the same physical way that happened so distinctly in the 1960s."