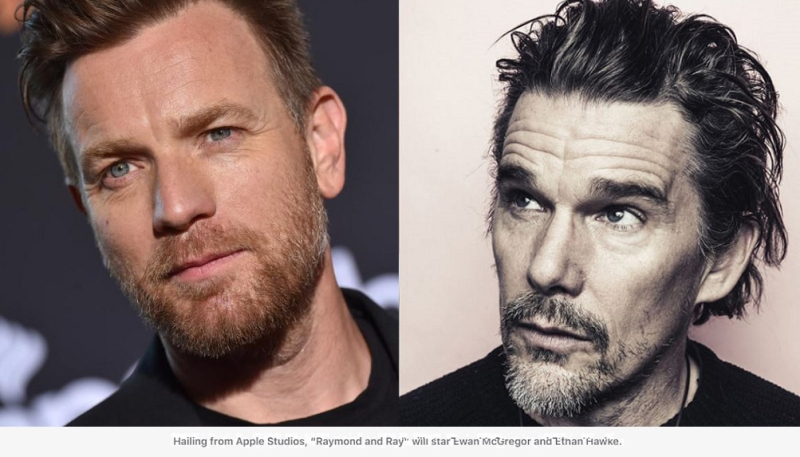 “Raymond and Ray” follows half-brothers Raymond (played by Ewan McGregor) and Ray (played by Ethan Hawke) who have lived in the shadow of a terrible father. Somehow, they still each have a sense of humor, and his funeral is a chance for them to reinvent themselves. There’s anger, there’s pain, there’s folly, there might be love, and there’s definitely grave-digging.

Hailing from Apple Studios, the film will be produced by Academy Award winner Alfonso Cuarón, Bonnie Curtis and Julie Lynn who will produce through Mockingbird Pictures. Gabriela Rodriguez and Shea Kammer will executive produce. You could read more about this in Apple's press release.