Apple invents a future version of their Magic Keyboard that will be able to recharge an iPhone, Apple Watch & more 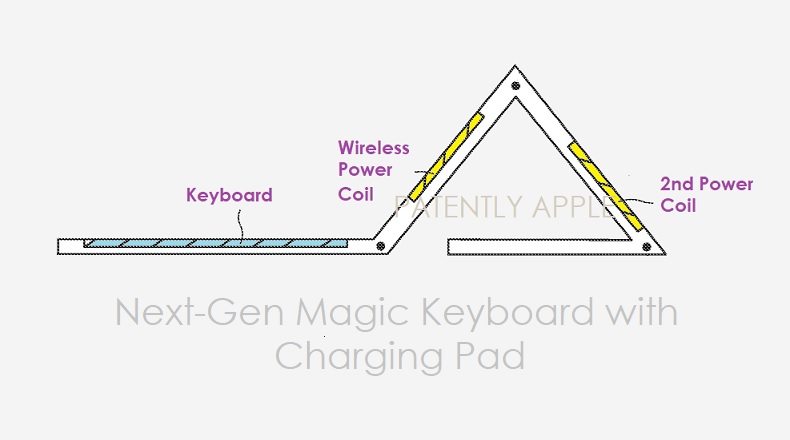 Today the US Patent & Trademark Office published a patent application from Apple that relates to a possible future version of their iPad Magic Keyboard accessory having a built-in charging pad on its backside that could recharge other devices like an iPhone, Apple Watch or AirPods case. The devices would be held in place using magnets.

Apple's patent FIG. 10 below illustrates a possible future Magic Keyboard device for iPad that has a back portion that could be used to recharge other devices such an iPhone, Apple Watch, AirPods case and more. 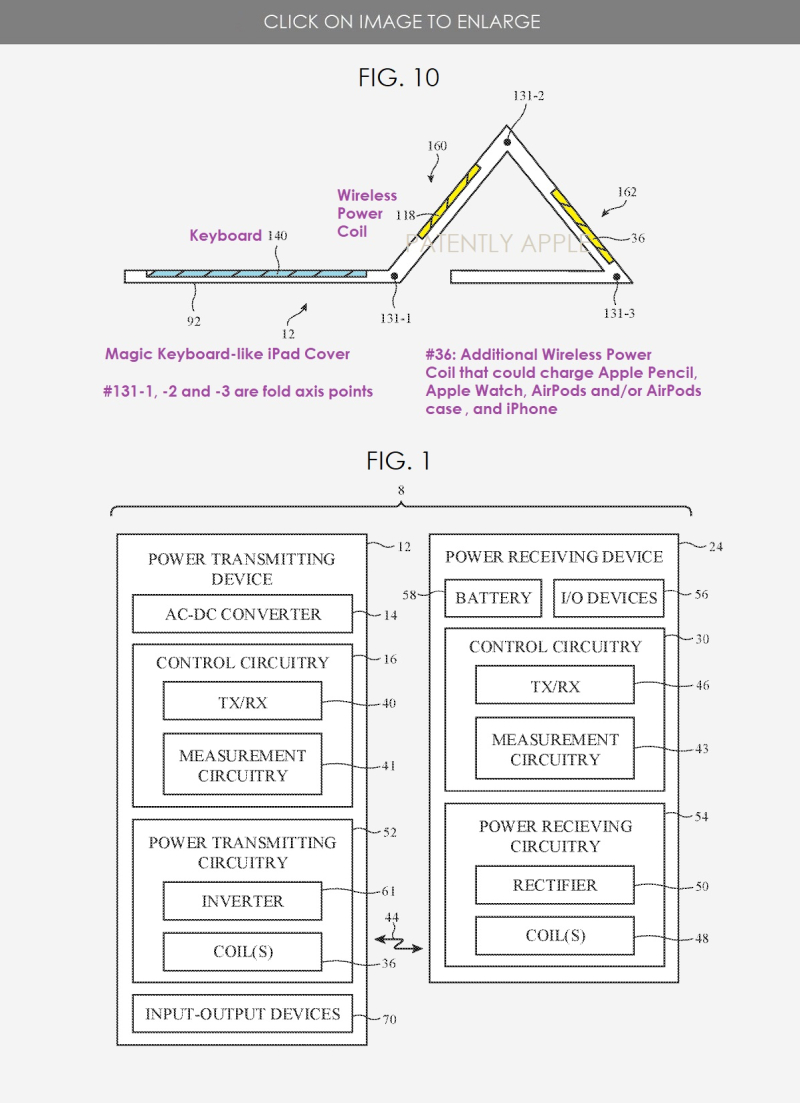 For more details, review Apple's patent application number 20210265861. This is a utility patent and not a design patent, so the actually look of the device will likely be dramatically different. Today's patent application is simply conveying the concept of a future Magic Keyboard with built-in charging pad.