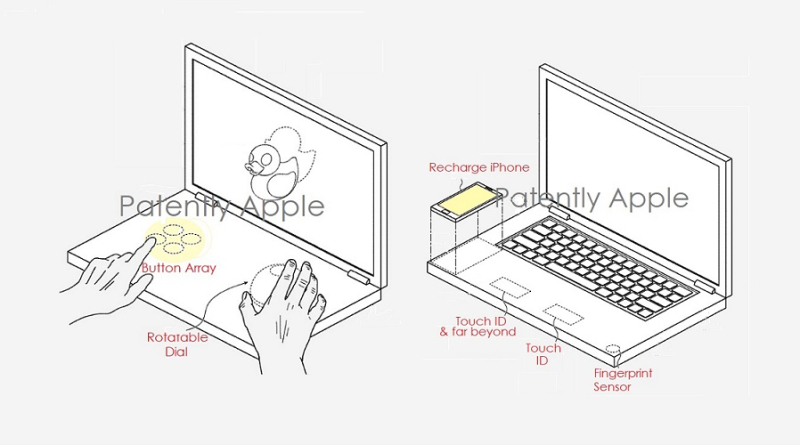 Today the U.S. Patent and Trademark Office officially granted Apple a patent that relates to a dual-display based MacBook with an advanced interface system allowing the traditional keyboard area to be replaced with a morphing virtual interface for various keyboard configurations or to switch the virtual interface to support gaming and various virtual buttons and glyphs that aren't associated with traditional mechanical keyboards and many other features. With a virtual keyboard new functions or feature could be introduced. Apple explains patent FIG. 48 below by noting that key 4844e (shown as a space bar) may be capable of receiving traditional key inputs as well as gesture inputs. 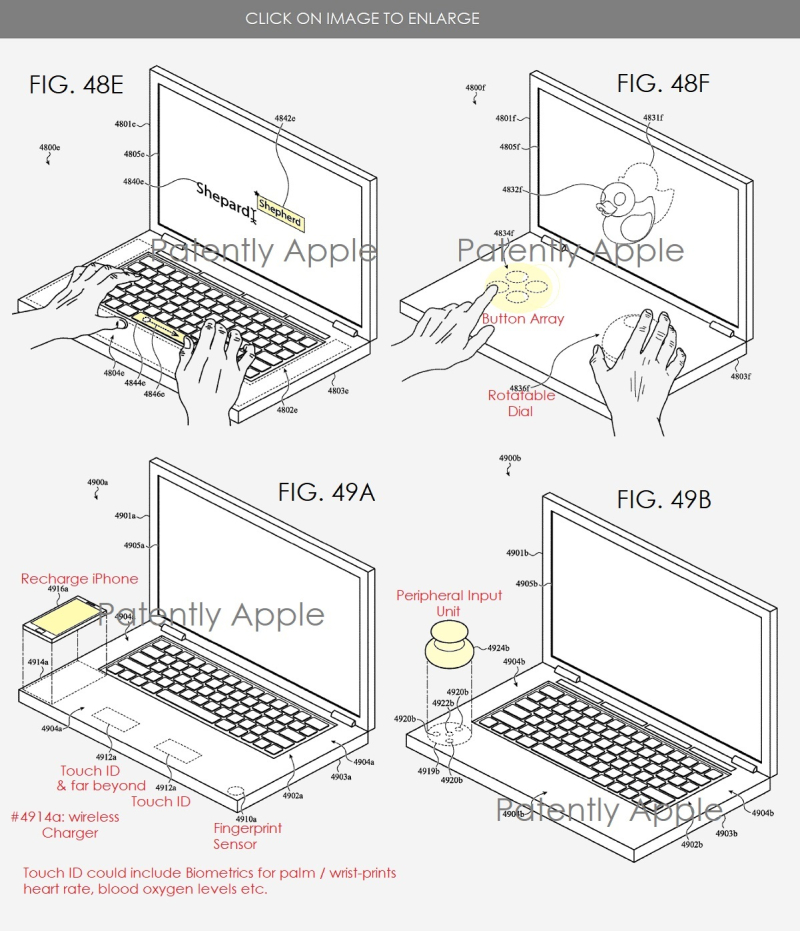 As noted, the biometric sensors #4912a may also use any suitable sensing techniques, such as optical sensors (e.g., photoplethysmographs, cameras, etc.), capacitive sensors, or the like. The biometric sensors may also include facial-recognition sensors, which may include cameras, lenses, projectors (e.g., microdot projectors), infrared sensors, and the like, which may also communicate through the top case to provide facial recognition functionality. Of course, Apple is describing Face ID technology.

Apple's patent FIG. 49B above, the notebook #4900b illustrates a joystick that may be used, for example, to manipulate displays of three-dimensional objects, provide input for gaming applications, navigate user interfaces, or the like.

In Apple's patent FIG. 48F above we're able to see the display #4805f showing a three-dimensional model of an object, and the affordances may be used to manipulate the view of the object. For example, a user selection of a button in the button array #4834f, as shown in FIG. 48F, may cause the computing device 4800f to interpret an input to the rotatable dial 4836f in one of various possible ways.

More particularly, the buttons of the button array 4834f may determine whether inputs to the rotatable dial 4836f cause the three-dimensional model to rotate horizontally, rotate vertically, be zoomed in or out, or the like.

In Apple's patent figure 48A below, the virtual keyboard could also accept traditional iOS gestures such as pinch and zoom and more. 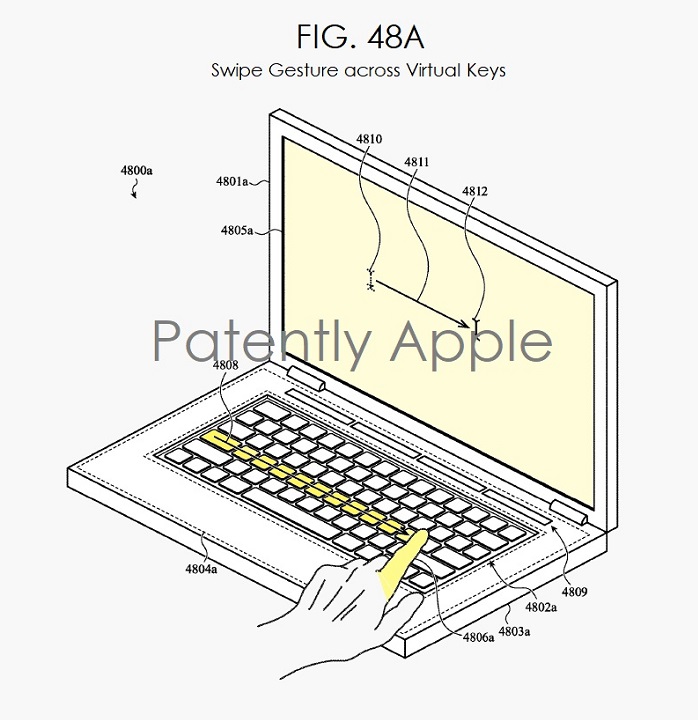