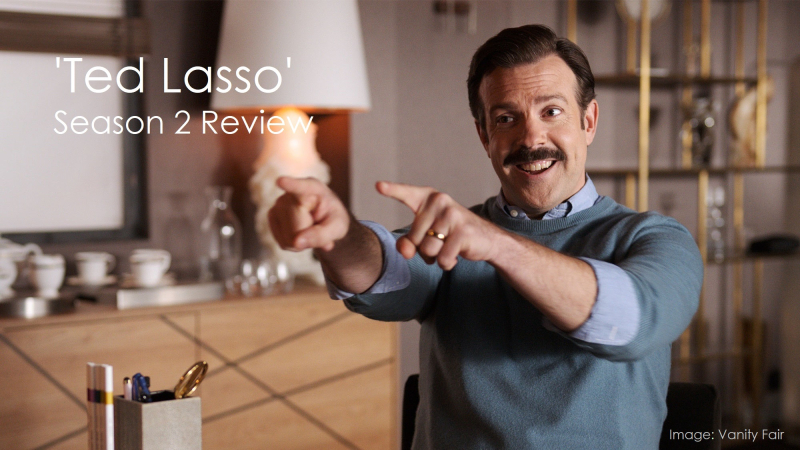 One of last year’s most acclaimed shows, Apple TV+’s Ted Lasso is designed as an antidote. In a TV landscape dominated by darkness and irony, Ted Lasso follows its protagonist’s example and enters every room with the thematic equivalent of a carefully wrapped box of homemade biscuits. It’s sweet, hopeful and obstinately corny — and it’s easy to see how, premiering in the middle of a global pandemic, the show struck a chord that nobody, including the good people at Apple TV+, possibly could have anticipated.

But speaking of anticipation, it’s nearly as easy to imagine how, with expectations raised by a heap of Emmy nominations, the second season of Ted Lasso might struggle to reproduce that stealthy charm. Maybe you can walk into a locker room with no understanding of the offsides rule and inspire a group of cynical professional athletes with inspirational mantras and folksy wisdom once — but what are the chances of doing it again?

Through two-thirds of the comedy’s 12-episode encore season, the returns are, like Ted Lasso himself, unreasonably positive. I can easily point to plotlines that have me wary, if not concerned, but the sophomore season of Ted Lasso thus far is an admirable mixture of repeating — and refining — the elements that resonated so well initially and expanding the show’s ensemble and tonal reach. Eight episodes and the smile rarely left my face, so Ted Lasso is clearly back.

When we left the boys of AFC Richmond, a heartbreaking loss had just cost them their place in the Premiership, but the players, Ted Lasso’s (Jason Sudeikis) coaching staff — Brendan Hunt’s Coach Beard and Nick Mohammed’s Nathan — and owner Rebecca (Hannah Waddingham) were committed to a comeback for the ages.

Instead, AFC Richmond gets stuck on a string of ties, Ted’s least favorite result, and when their most confident player — Cristo Fernandez’s exuberant Dani Rojas — suffers a bout of uncertainty, the team hires sports psychologist Sharon (Sarah Niles), much to Ted’s chagrin. Meanwhile, newly retired Roy Kent (Brett Goldstein) is struggling to figure out his next professional step, while navigating relationship waters with Keeley (Juno Temple), who’s taking on marketing duties for a new dating app that will prove integral to the season’s plot.

Rom-coms and underdog sports stories are genres based on radical optimism and the conquering of cynicism, with audiences trained to set aside logic in the pursuit of a happy ending. Ted Lasso indeed is a series in which nearly every episode climaxes with the sort of emotional uplift most shows would save for a season finale.

Nothing has fully backfired yet, and these new installments are as packed with warm-fuzzies as before, and probably funnier, punchline-for-punchline, as well. Ted Lasso can’t sneak up on viewers again, but its worldview hasn’t lost any of its necessity and charm.

There's more to The Hollywood Reporter review and you can read it all here.