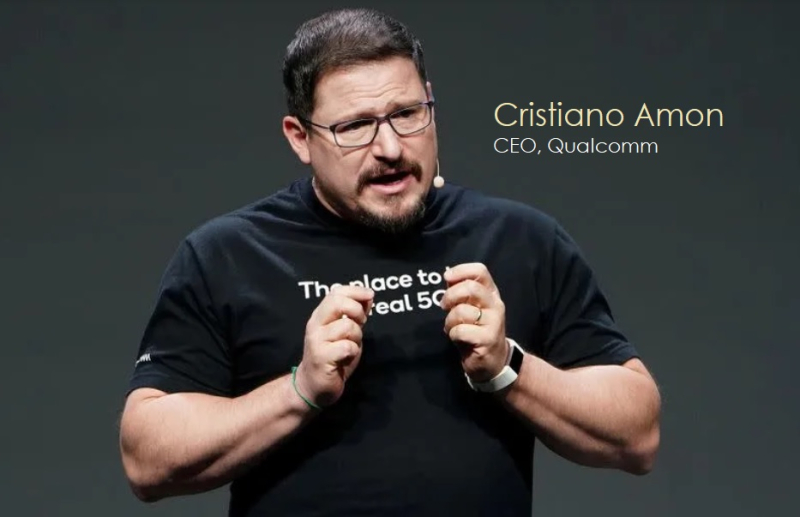 A rather surprising report has surfaced stating that Qualcomm Inc's new chief thinks that by next year his company will have just the chip for laptop makers wondering how they can compete with Apple, which last year introduced laptops using a custom-designed central processor chip that boasts longer battery life.

Longtime processor suppliers Intel Corp and Advanced Micro Devices have no chips as energy efficient as Apple's. Qualcomm Chief Executive Cristiano Amon told Reuters late yesterday that he believes his company can have the best chip on the market, with help from a team of chip architects who formerly worked on the Apple chip but now work at Qualcomm.

Now, as Qualcomm looks to push 5G connectivity into laptops, it is pairing modems with a powerful central processor unit, or CPU, Amon said. Instead of using computing core blueprints from longtime partner Arm Ltd, as it now does for smartphones, Qualcomm concluded it needed custom-designed chips if its customers were to rival new laptops from Apple.

As head of Qualcomm's chip division, Amon this year led the $1.4 billion acquisition of startup Nuvia, whose ex-Apple founders help design some those Apple laptop chips before leaving to form the startup. Qualcomm will start selling Nuvia-based laptop chips next year.

"We needed to have the leading performance for a battery-powered device," Amon said. "If Arm, which we've had a relationship with for years, eventually develops a CPU that's better than what we can build ourselves, then we always have the option to license from Arm."

Arm is in the midst of being purchased by Nvidia Corp for $40 billion, a merger that Qualcomm has objected to with regulators. For more on this, read the full Reuters report on Yahoo! Finance.

In December 2019 Patently Apple posted a report titled "Apple Sued former A-Chip Architect Williams III for Breach of Contract relating to an IP Agreement to not Compete with Apple." Williams III was a co-founder of Nuvia. Santa Clara County Superior Court Judge Mark Pierce had ruled in January 2020 that Apple was able take its breach-of-contract lawsuit against Gerard Williams III to trial.

Whether Apple will be able to stop or delay a Qualcomm chip designed by Nuvia's team from coming to the PC market next year is unknown at this time.