In this Microsoft Watch report we uncover two new patents. The first covers a new Surface device offering a built-in stand that offers a notebook mode, an artist's 'Studio Mode' and a closed case mode while in transit. The second patent covers a possible alternative to the original Surface Neo 2-display foldable tablet concept with a 17" foldable display. Our report also covers one of the latest Surface Duo rumors that claims that Duo 2 will offer a backside triple camera.

Apple's latest Surface device patent covers a completely new built-in stand design. Microsoft states in their patent that it is beneficial to have a computing device that can transition between different operating postures to facilitate use in various situations. For example, a disclosed computing device may operate in a laptop posture, a studio posture, or an intermediate (airplane) posture (in transit), and seamlessly transitions between those postures. Such a computing device may employ a plurality of hinges to provide the desired operability and transitions.

In some embodiments, a computing device includes a first hinge rotatably connecting a stand to a base. The first hinge has a first coefficient of friction sufficient to maintain a first angular position between the stand and the base. A second hinge rotatably connects the stand to a display. The second hinge has a second coefficient of friction sufficient to maintain a second angular position between the display and the stand. 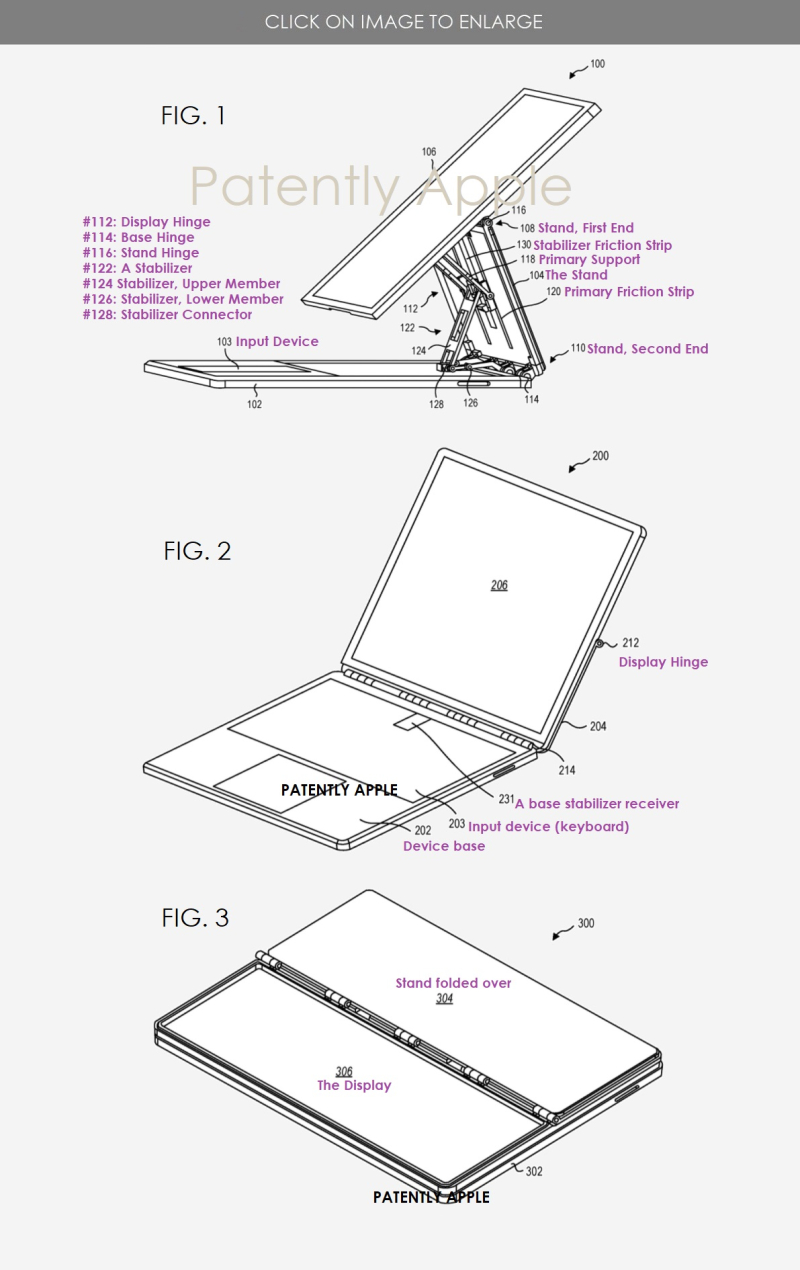 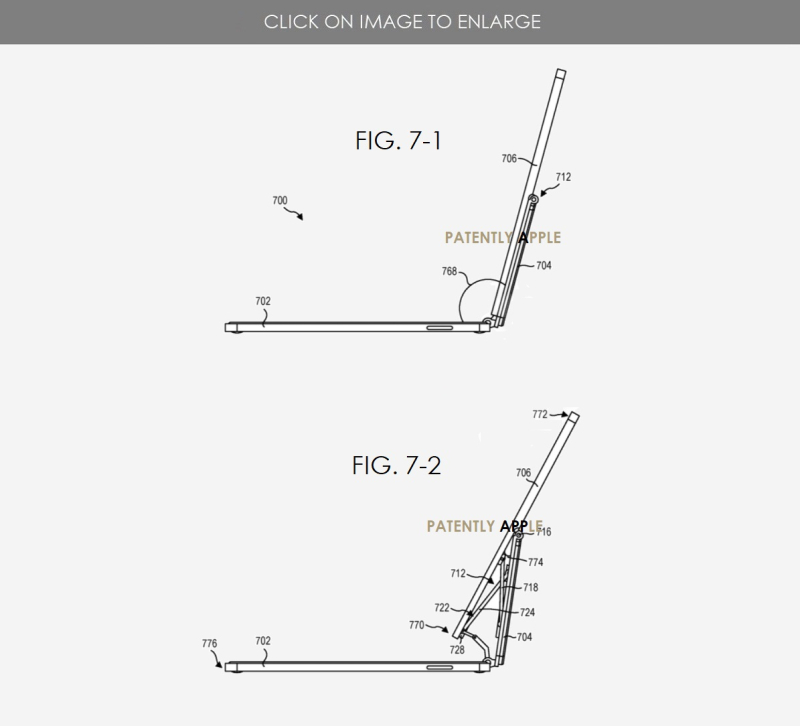 For the nitty-gritty details, see Microsoft's European Patent filing WO2021145886.

Apple set the tone for this angled display idea with their 2020 Magic Keyboard accessory for iPad Pro and iPad Air. Now PC OEM's are now testing new notebook models that overs an angled display feature like the Acer Concept device presented below. It makes you wonder if Apple has something like this in mind for the future. 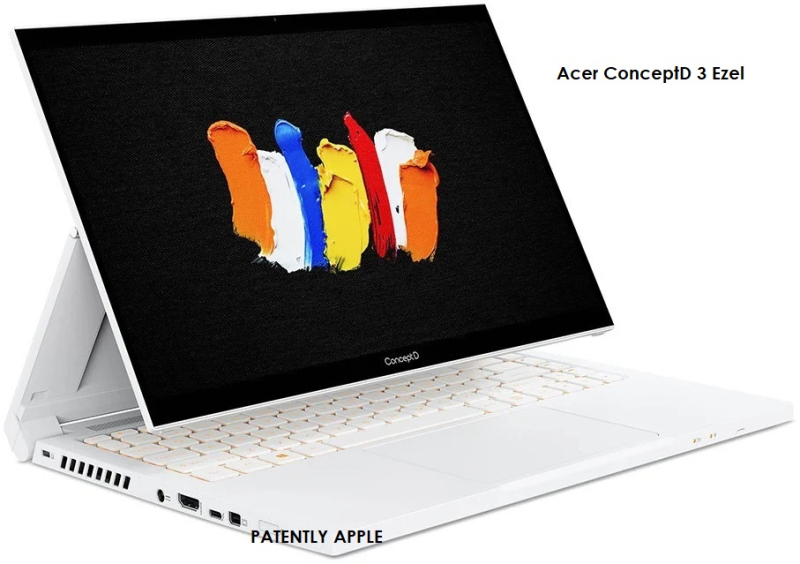 Microsoft's patent FIGS. 1A-1C, are perspective views of an example hinged device that can avoid imparting stress forces on a flexible display. 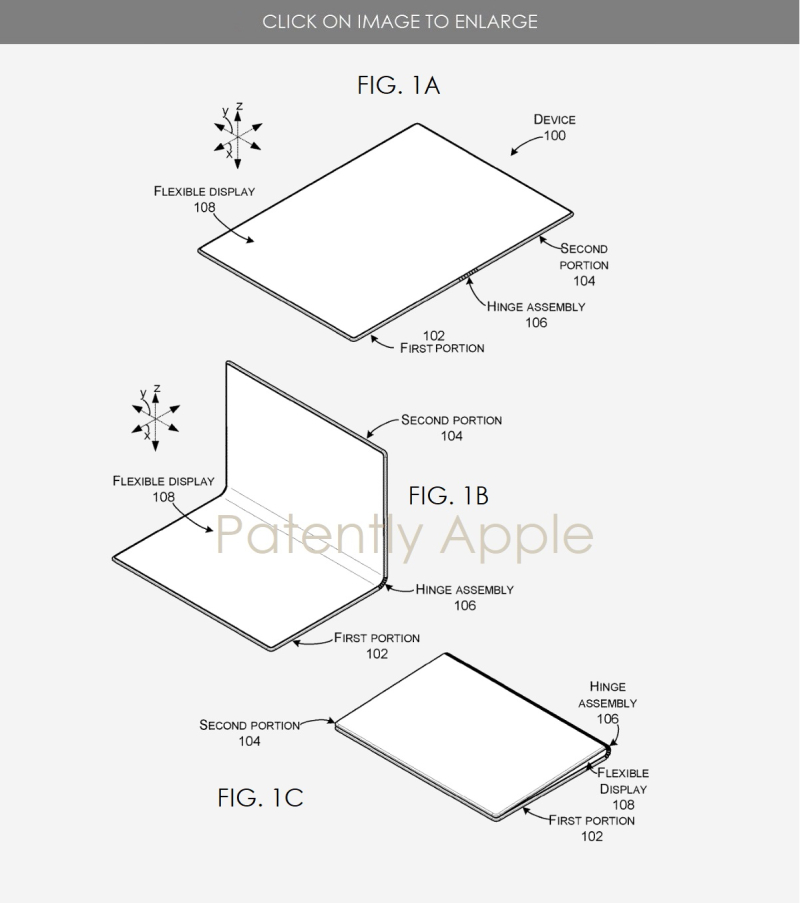 Microsoft's patent FIGS. 7 and 9 below illustrate the hinge assembly in the 90-degree orientation; FIG. 10 shows intermeshing teeth (#608) timing rotation around the axis pins (#606) so that simultaneous and equal rotation occurs around individual axis pins. 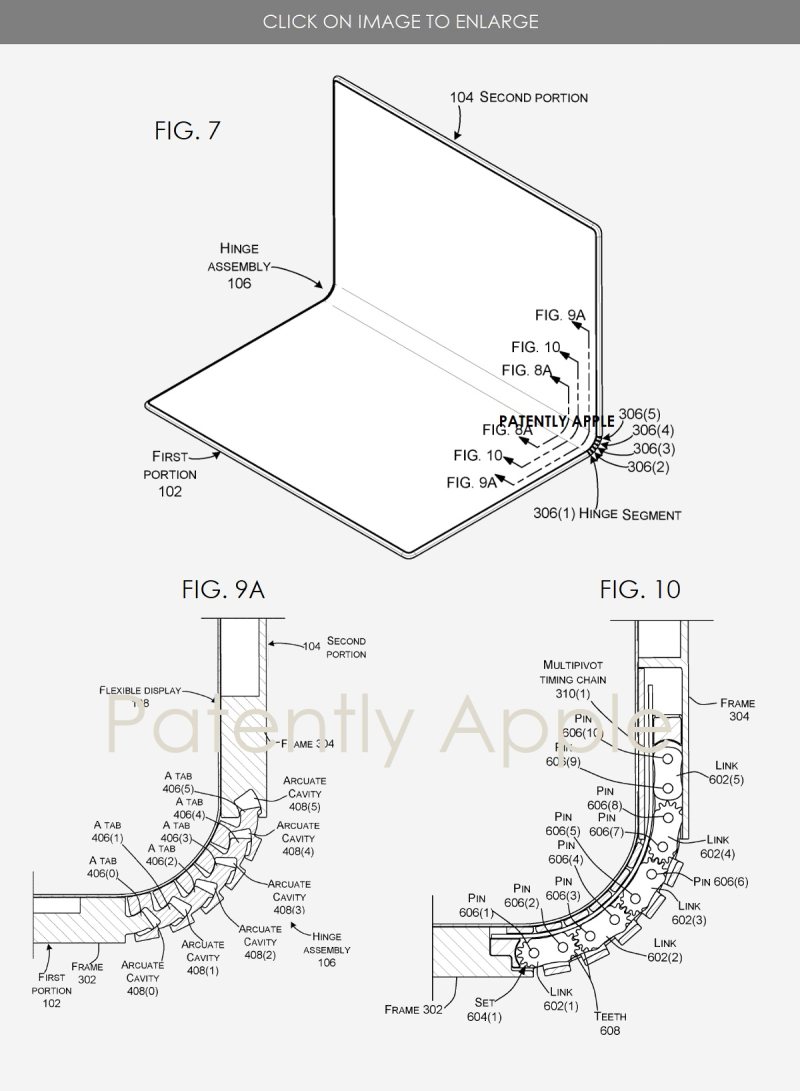 Lastly, a Microsoft rumor report is claiming that Microsoft's next-gen Surface Duo 2 smartphone will come equipped with a new external triple camera that will help the device better compete with other Android phones on the market. For more on this rumor, read the full Windows Central report. 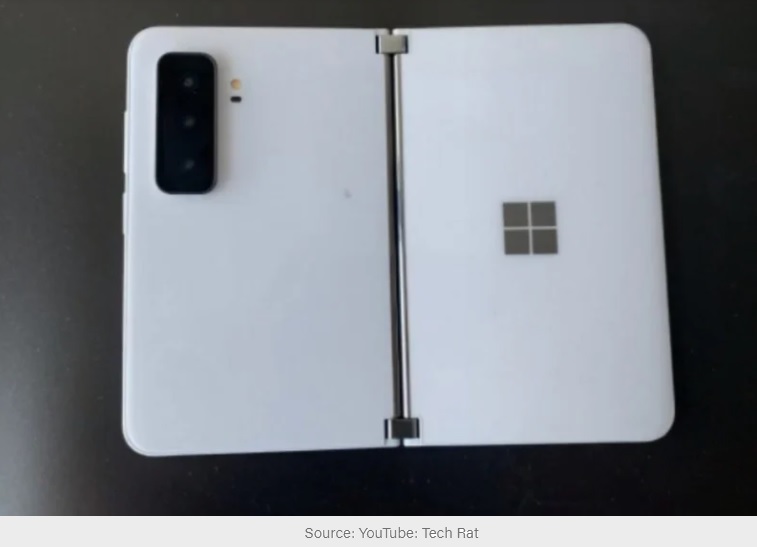