Home Archives Contact Us Subscribe Twitter MeWe Facebook Patently Mobile
The U.K.'s Supreme Court has sided with a Texas Patent Troll that Apple must pay US$7 Billion and Apple has threatened to Leave the U.K. Market
Lightweight rumors point to larger iMac with Possible M2 chip coming this fall along with a newly designed iPad mini

When the concert began in Hong Kong, there wasn't any traditional instruments on stage such as pianos, violins, flutes or bassoons; Instead, 120 of Hong Kong’s young musicians played their creations on iPads. Divided into quartets, the students performed their original compositions on Saturday at Tsuen Wan Town Hall’s exhibition gallery., according to the South China Morning Post.

The idea of using tablets and music apps such as GarageBand to compose and perform music came from Michael Leung Chi-hin, creator and organizer of the e-Orch[estra] Music Creation and Performance in Practice Project, which began in 2017.

Leung, vice- chairman of the Hong Kong Composers’ Guild and vice-president of the Hong Kong Association for Music Educators said that "Students only have to open GarageBand and they can play music together." 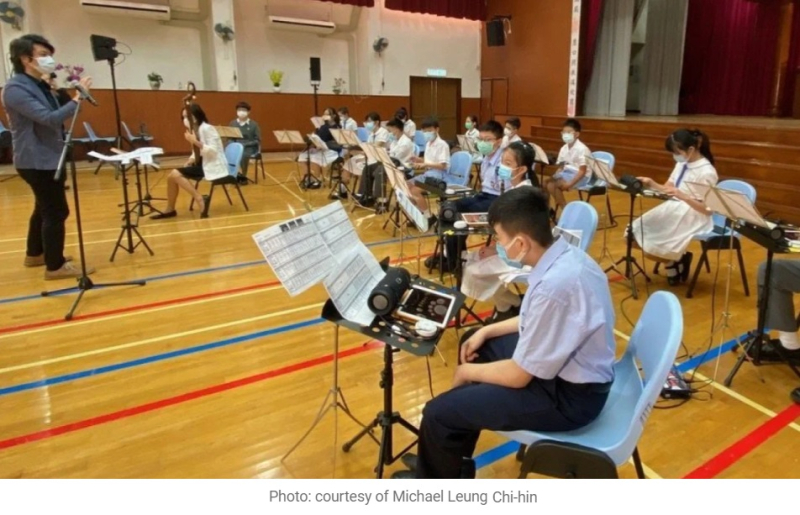 The students also went to video production workshops to learn how to design their storyboards by adding original footage or images to their compositions, and all the music videos were produced during the 11-month project.

As well as the live performances on Saturday, music videos that the students had created were displayed on laptops at the Tsuen Wan venue. The videos were intended to keep the audience paying attention, because Leung says audio alone might not be interesting enough for an audience in the 21st century.

Conductor Tsang Lok-yan said that "The [Apple] iPad serves as an essential tool to let the students access a tremendous amount of sound libraries, ranging from Asian to Western and from traditional to contemporary.

Students can think in sound naturally, which speeds up their creative process and leaves more room for reflection and revision. In addition, the grid notation eases the barrier of learning the complex five-line staff notation."

Tsang lets the students learn and explore composition at their own pace. "I don’t intend to provide specific composition guidelines or styles for students during the creative process, as I encourage them to think out of the box," she says.

"Instead, I explain the cycle of the creative process and provide guidance at each stage so that students can speed up the cycle of creating, listening, reflecting and revising." For more, read the full South China Morning Post report.