Apple has a long list of patents covering Touch ID for iPhones using under-display sensors (01, 02, 03, 04 and many more). Then Apple surprised us when they introduced their new Touch ID solution for iPad Air. Apple built Touch ID right into the power button. The one patent covering this was granted to Apple two years ago this month.  The patent covers Touch ID for iPad, iPhone plus Mac keyboards. Whether Apple will extend this form of Touch ID to a next-gen iPhone is unknown at this time, though there's a good chance that they'll extend their proven methodology. 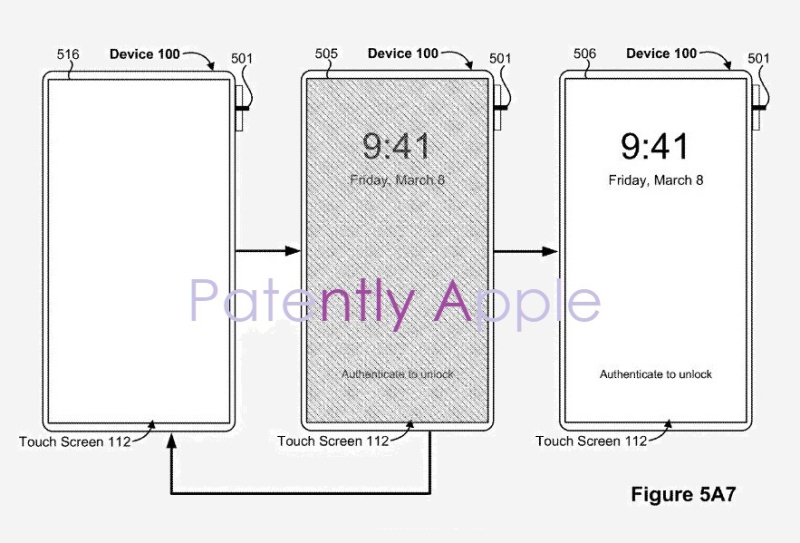 Apple's patent is titled "Devices, Methods, and Graphical User Interfaces for Providing a Home Button Replacement." It was originally filed in 2017 and granted in 2019 as we noted earlier.

Apple's continuation patent published this week has added an additional 19 patent claims with 9 covering "The Method," 9 covering "The Electronic Device" and 1 for "Storage."

Key is patent claims 3 and 4 that covers the following:

"Wherein the electronic device includes a button and the embedded fingerprint sensor is embedded in the button; wherein the button is a power button."

This specificity was never a part of the original patent claim verbiage nor described this simply in the body of the patent text.

"Wherein detecting the first touch input includes detecting a contact on the button and detecting that the contact matches an authentication fingerprint."

To review the remaining 16 added patent claims, check out Apple's continuation patent 20210200325. In-part, this is a patent fulfilled with its use applied to Apple's iPad Air. It'll be interesting to see if Apple will keep it this simple for next-gen iPhones or advance it to an under-display methodology.