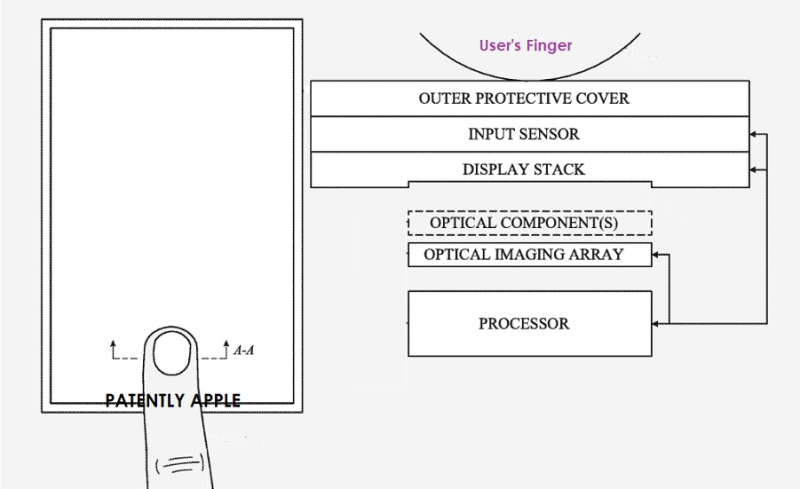 Apple has filed (01, 02, 03) and been granted under display patents over the last year. On Sunday Mark Gurman pointed to Face ID coming to Macs in the next few years, something that Apple has already filed a specific iMac related patent for.  Today the U.S. Patent and Trademark Office officially granted Apple yet another patent relating to an under-display camera for Face ID and/or Touch ID, depending on where the camera is positioned. The patent specifically provides patent figures pointing to an iPhone and MacBook gaining this technology in the future.

According to Apple, an optical imaging array is positioned behind a display and is oriented to receive light transmitted through the display in a direction generally opposite that of light emitted from the display. The optical imaging array can be used by the electronic device for any suitable imaging, sensing, or data aggregation purpose including, but not limited to: ambient light sensing; proximity sensing; depth sensing; receiving structured light; optical communication; proximity sensing; biometric imaging (e.g., fingerprint imaging, iris imaging, facial recognition, and so on); and the like.