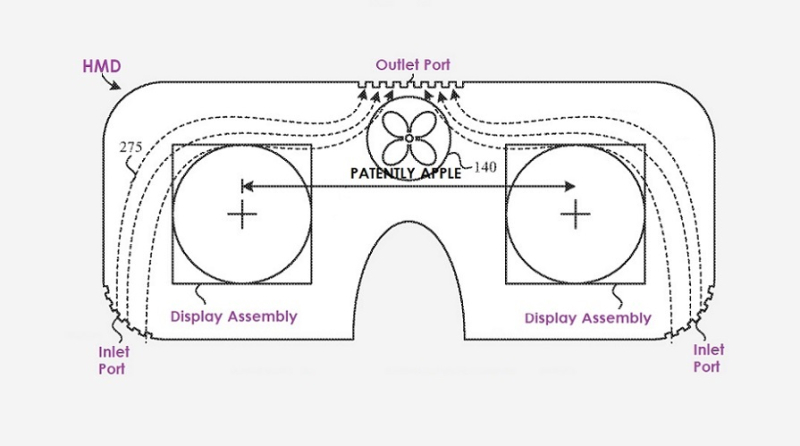 Today the U.S. Patent and Trademark Office officially granted Apple two Head Mounted Display (HMD) device related patents covering a cooling system and the use of Fresnel lenses to keep the headset or glasses light for a better user experience.

As shown in FIG. 1 below, head-mounted display (#10) may include a display system such as display system #40 that provides images comprised of image light and may have an optical system such as lens system #20 through which a user (see, e.g., user's eyes #46) may view the images produced by display system. The lens system may include fixed and/or tunable lenses for focusing the images on the display for viewing by the user. The lens system includes Fresnel lenses. The Fresnel lenses may have low weight, small thicknesses, and other desirable properties relative to smooth surfaced lenses so that the bulk and weight of the device are reduced and viewer comfort is enhanced. 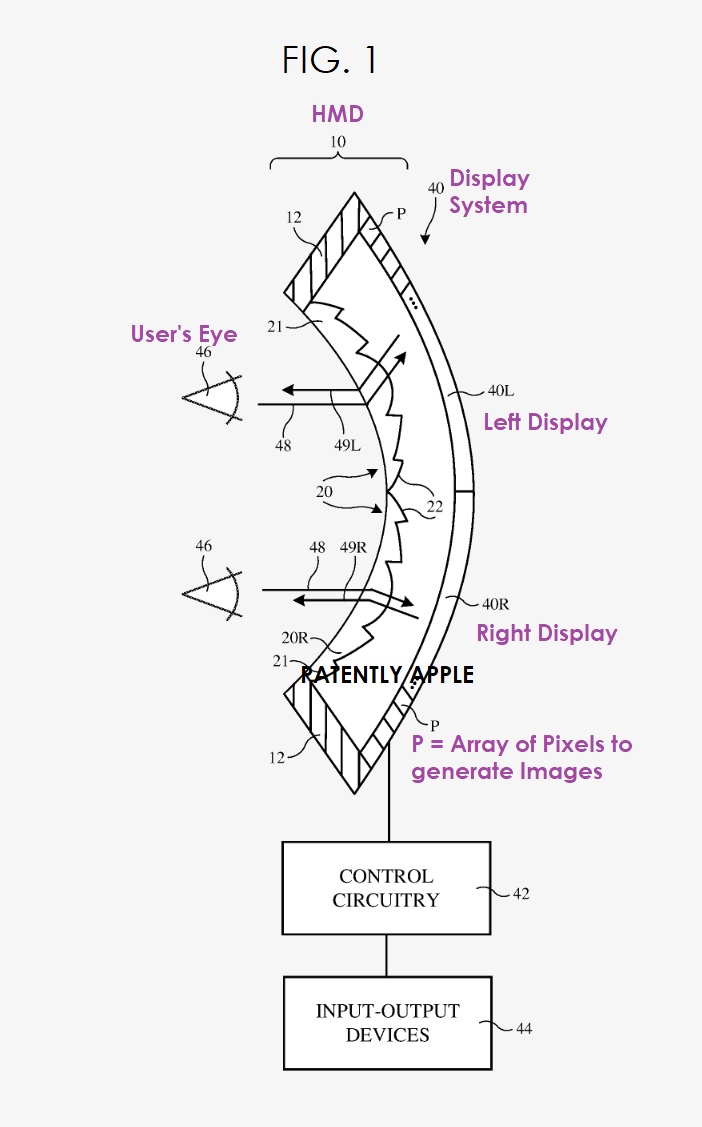 Apple notes that the housing (#12) may have the shape of a frame for a pair of glasses (e.g., head-mounted device #10 may resemble eyeglasses), a VR headset or a pair of goggles.

Apple's patent FIG. 1 below illustrates an example of a head-mounted device with an air circulation device to keep the components of the HMD cool over time. 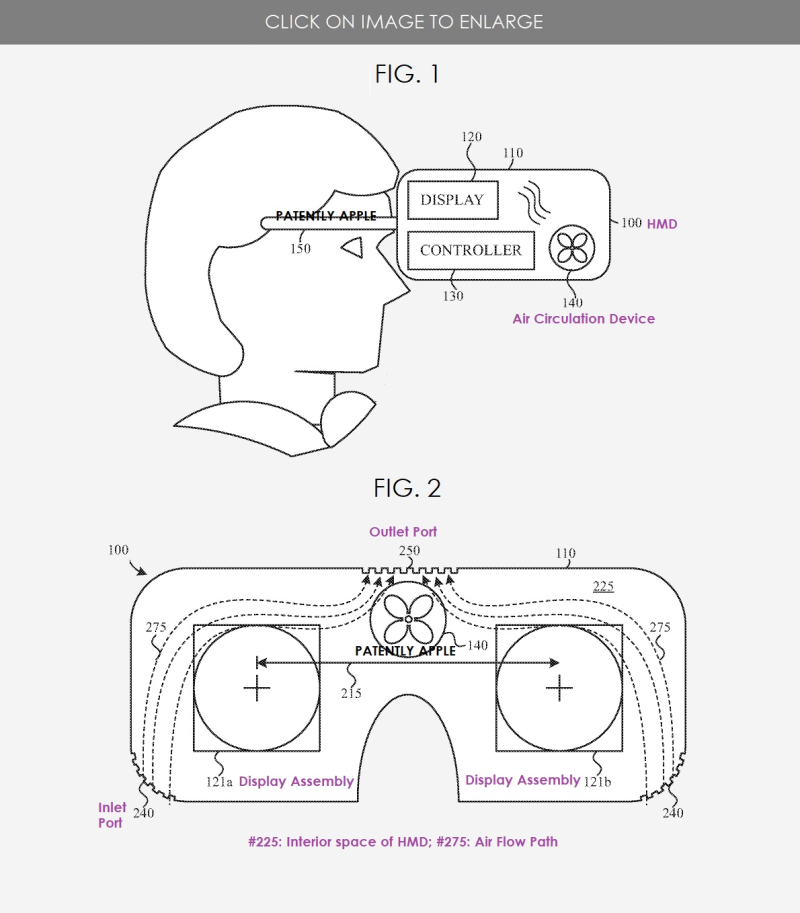 In FIG. 2, the housing is shown with a pair of inlet ports (#240) at a bottom side thereof, and an outlet port (#250) at a top side thereof, which creates air flow paths (#275) extending from the inlet ports to the outlet port. Each of the ports can include a vent, screen, hole, porous membrane, and/or other fluidic opening that permits fluid communication thereacross.