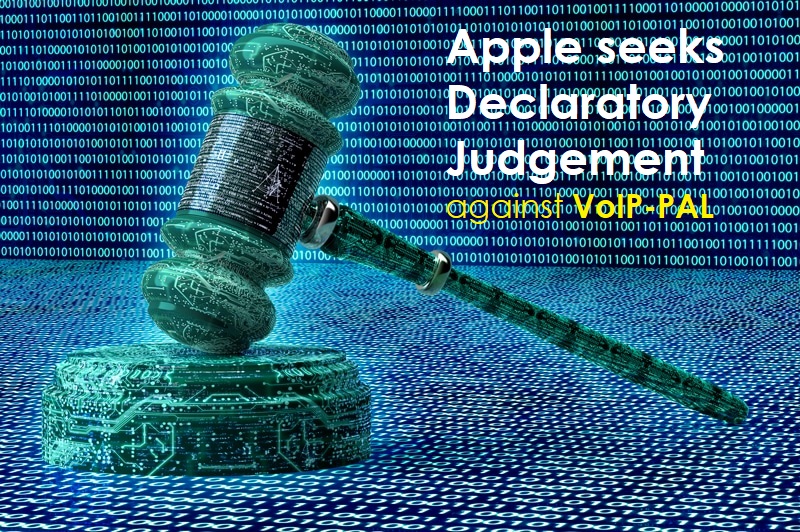 Apple further noted that "This case arises out of VoIP-Pal’s latest assertion of invalid patents against Apple." As detailed in Apple's full complaint to the court provided for you below, Apple claims that "VoIP-Pal is shown to once again be attempting to forum shop, and it is once again asserting patents that are invalid.

This is an action for a declaratory judgment arising under the patent laws of the United States, Title 35 of the United States Code. Apple seeks declaratory judgments that it does not infringe any claim of the ’234 and ’721 patents and that the ’234 and ’721 patents are invalid. The action arises from a real and immediate controversy between plaintiff Apple and defendant VoIP-Pal as to whether Apple infringes any valid claims of the ’234 or ’721 patents, each entitled “Mobile Gateway” and attached as Exhibits."