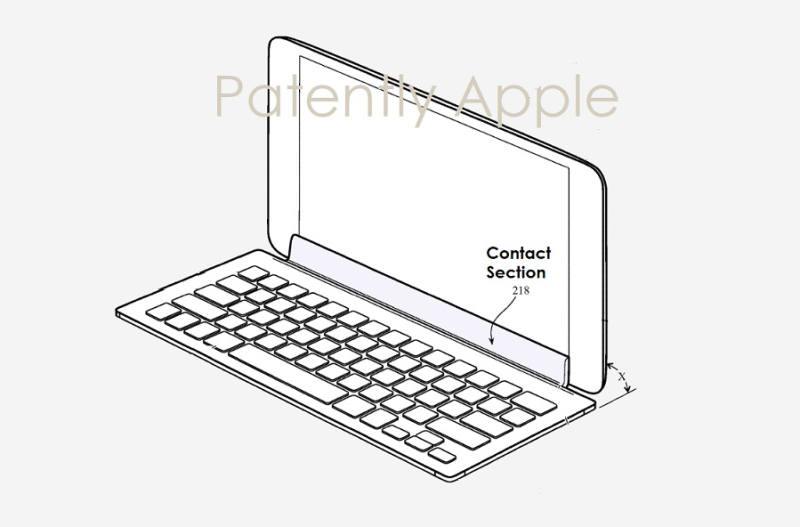 Way back in 2011 Apple filed for a patent covering a radical MacBook design that allowed the display to detach from the keyboard. Patently Apple covered this patent application back in 2013. Apple was granted this patent in November 2015. The key image from that patent is presented below. 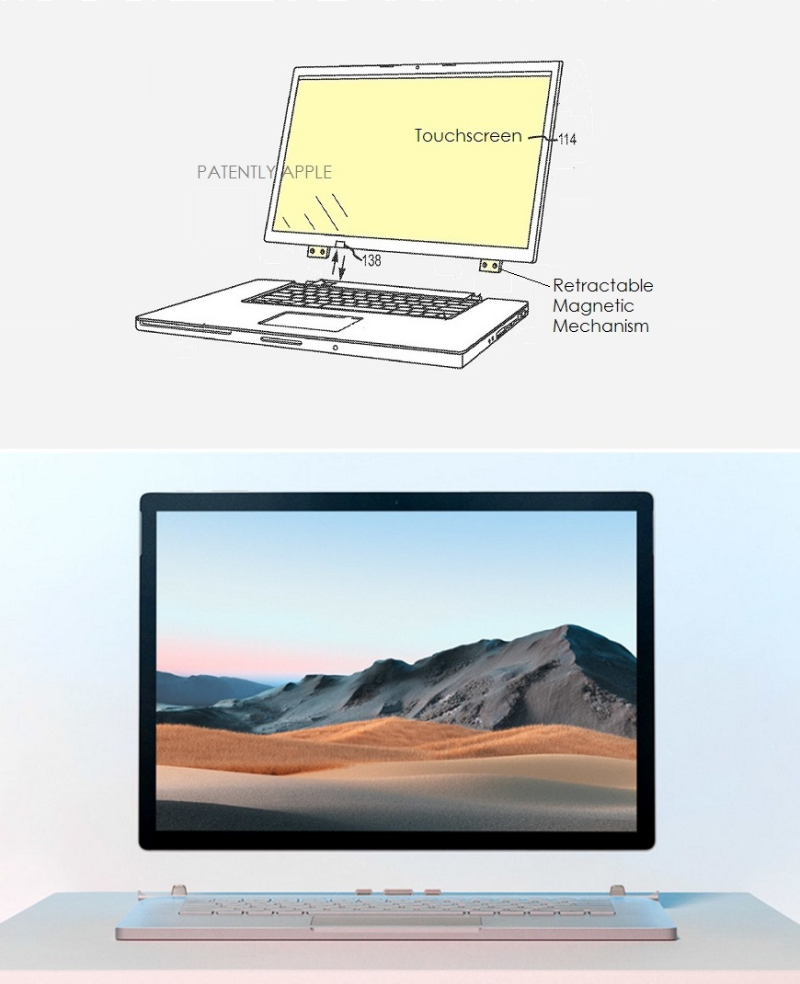 The concept was years ahead of Microsoft's Surface Book that took Apple's concept to market as presented above.

Since that time Apple has focused on the iPad Pro with its Magic Keyboard accessory as presented below. 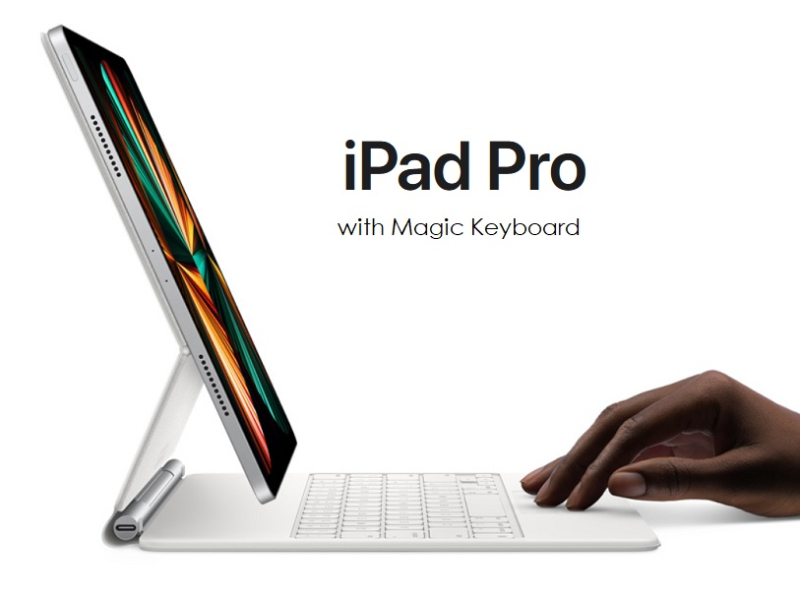 Today the US Patent & Trademark Office published a patent application from Apple that relates to a different style of iPad accessory system that provides a more MacBook-like appearance. Apple has been continually working on this since 2018. While it's still not the hybrid MacBook with a detachable display that I wish they'd produce according to their long- standing patent, this alternative keyboard could be a nice addition for iPad.

Apple formally states that their invention relates to a tablet device (iPad) and keyboard assembly. The iPad could have an external surface and a touch-sensitive interface. The keyboard can be removably coupled to the iPad, with the keyboard having a contact section and an input section.

Apple's patent FIG. 1 below shows a block diagram of an iPad connected to an input keyboard device assembly via a "contact section" as seen in patent FIG. 2 below. 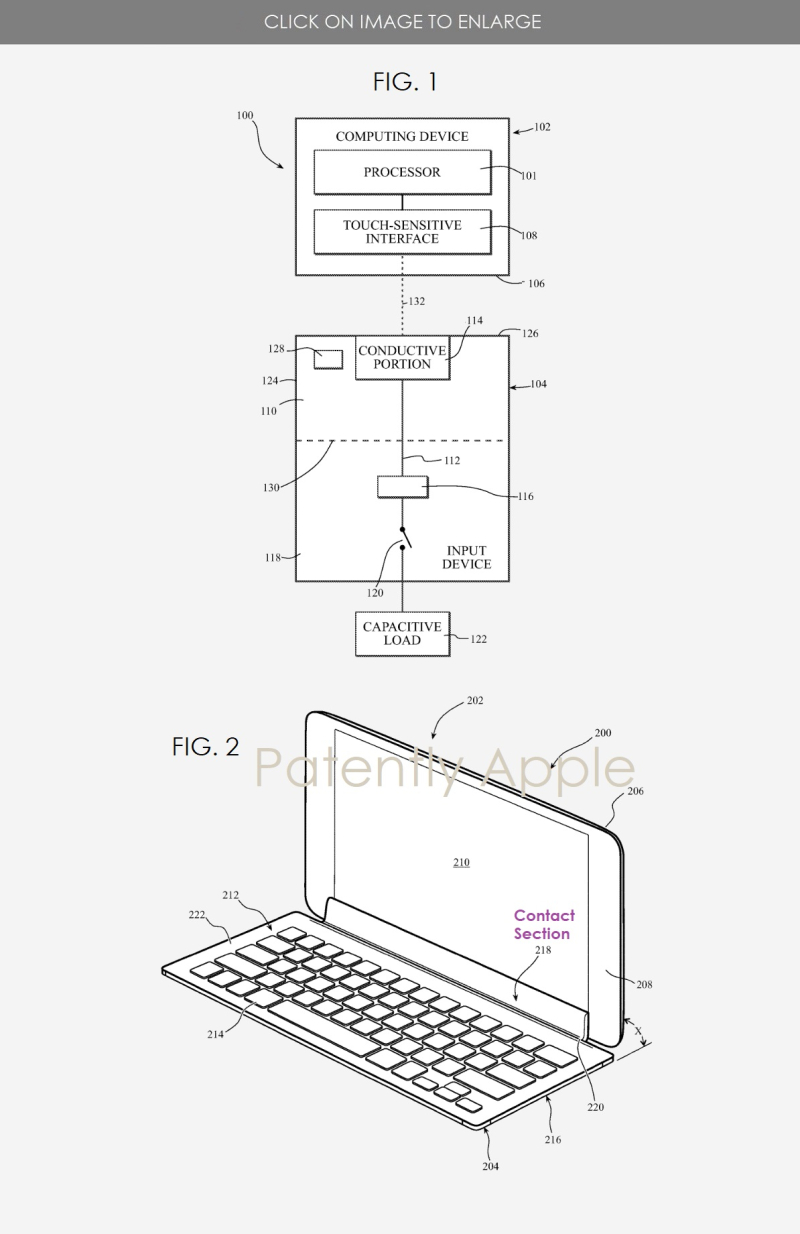 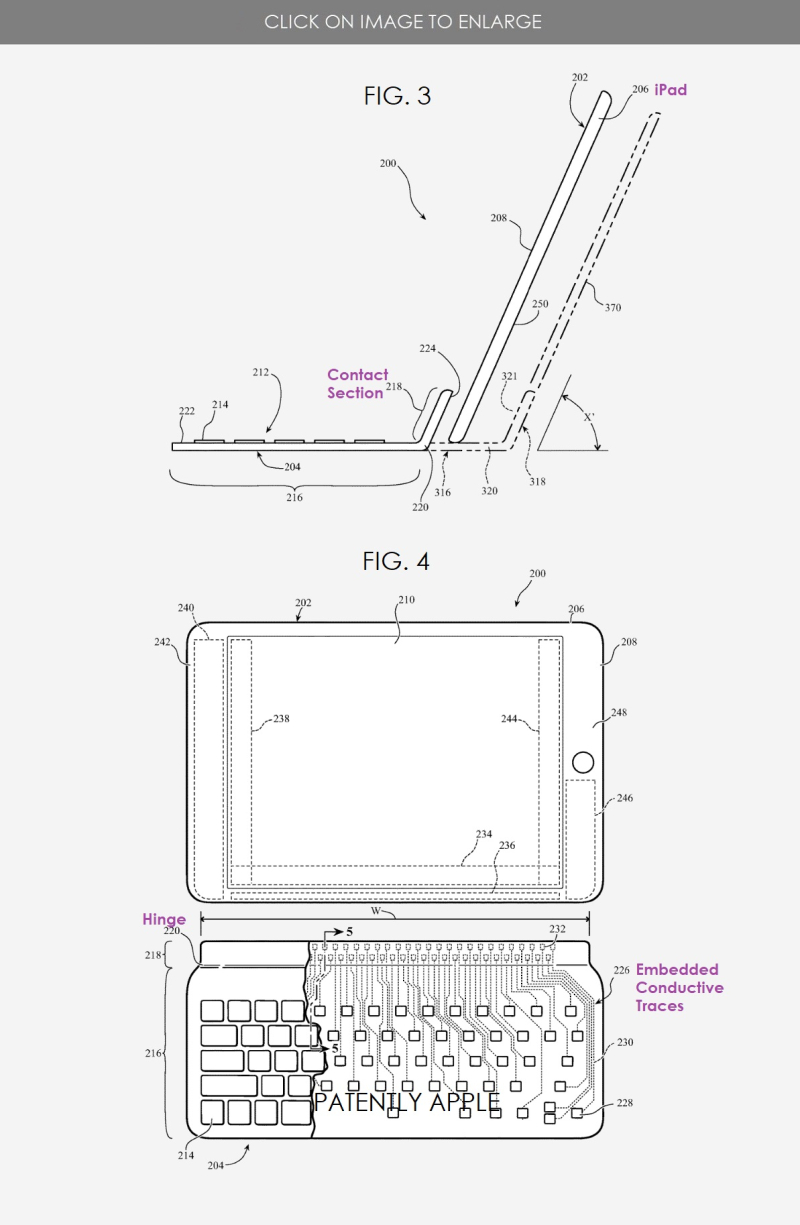 While Apple was granted this patent back in March 2021 under #10,955,934, it's not one that we've covered before because the original provisional patent application behind this invention was never made public.

Today's patent is a continuation patent which means that Apple is using this patent to update and refine their patent claims that will be better protect the invention. Below are three key claims out of the 20 that Apple has added in this application as follows:

Patent Claim #9: "wherein the computing device is configured to detect a presence of the coupling section of the keyboard at the capacitance-sensing interface."

While Apple is keeping this invention current and active, it's unknown whether or not Apple will consider an alternative iPad Pro + keyboard combination. I personally think that it would be a nice addition to have a wider choice of keyboard accessories for the iPad Pro, and one that would provide a more traditional MacBook-like appearance.

The question is, what's your take on this proposed alternate keyboard design?  Take a moment to make a comment on one of our social media sites on this report.