Home Archives Contact Us Subscribe Twitter MeWe Facebook Patently Mobile
Apple Demolished Wall Street Expectations with another Blowout Quarter and our report covers Tim Cook's opening statement & more
LG is Planning to Proceed with Selling iPhones in August, but only in Half of its 400 Bestshop Stores 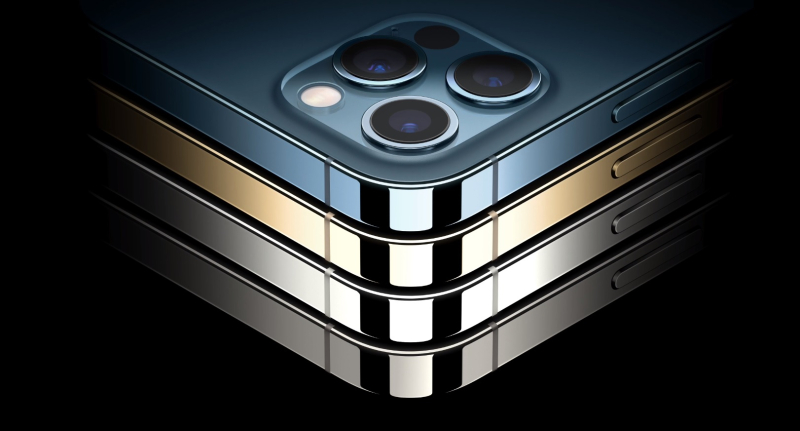 The quarter’s sales also dropped 6% YoY, showing that the market was even weaker than last year when the country was hit severely by the pandemic. In fact, the Q2 2021 sales were the lowest second-quarter sales in China since 2012. And yet, Apple posted a 43% gain in iPhone Shipments as presented in the Counterpoint chart below. 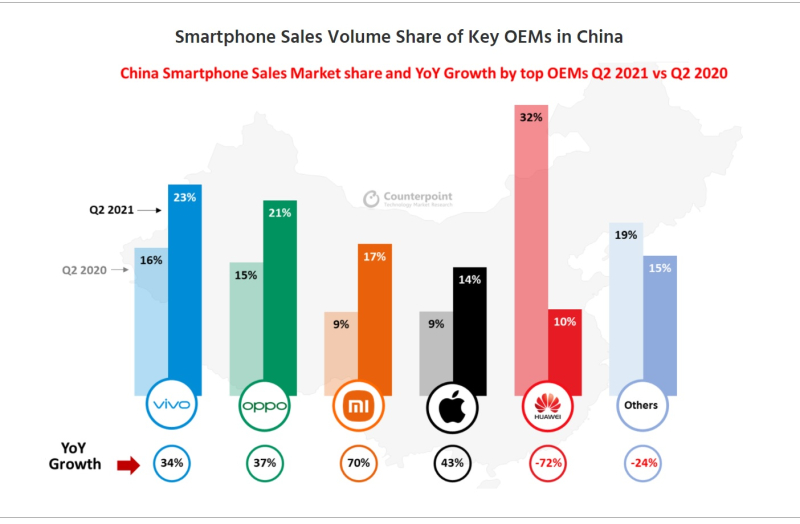 The report didn't provide any breakout numbers for which iPhone models were the best sellers, though the global trend would suggest that the iPhone 12 Pro models sold best. Apple's CEO Tim Cook did mention during Apple's finacial conference call yesterday that "In urban China, we have the top two" smartphones.

Senior Research Analyst Ethan Qi Commenting on key vendors’ performances: "The market has experienced a reshuffle after the US ban on Huawei. One-time market leader Huawei saw its share decline to 10% in Q2 2021 from 32% in Q2 2020. vivo and OPPO now lead the market with 23% and 21% shares, respectively, followed by Xiaomi and Apple. All leading OEMs benefited from Huawei’s decline and grew their market shares. realme also continued its growth streak in China, surpassing one million unit sales for the first time."

Counterpoint expects China’s smartphone market to experience further reshuffling in Q3 and become more competitive with the fast recovery of HONOR. After restoring partnerships with suppliers and securing components, HONOR’s sales have started to improve.