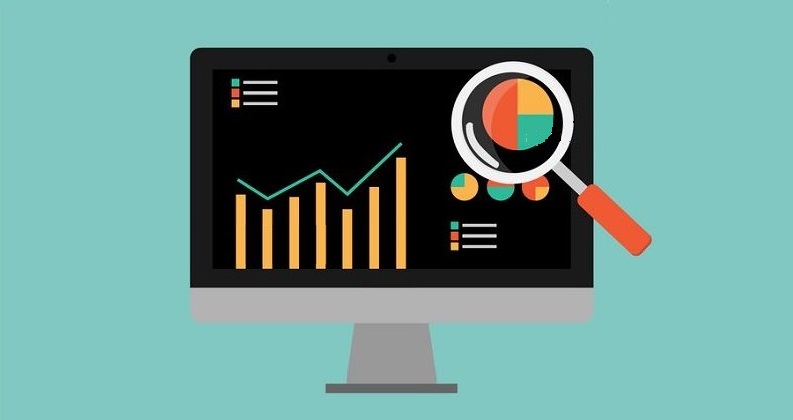 Apple reported their financial results for its fiscal 2021 third quarter ended June 26 yesterday afternoon. The Company posted a June quarter record revenue of $81.4 billion, up 36 percent year over year, and quarterly earnings per diluted share of $1.30.

Tim Cook, Apple’s CEO: "This quarter, our teams built on a period of unmatched innovation by sharing powerful new products with our users, at a time when using technology to connect people everywhere has never been more important. We’re continuing to press forward in our work to infuse everything we make with the values that define us — by inspiring a new generation of developers to learn to code, moving closer to our 2030 environment goal, and engaging in the urgent work of building a more equitable future."

Luca Maestri, Apple’s CFO: "Our record June quarter operating performance included new revenue records in each of our geographic segments, double-digit growth in each of our product categories, and a new all-time high for our installed base of active devices. We generated $21 billion of operating cash flow, returned nearly $29 billion to our shareholders during the quarter, and continued to make significant investments across our business to support our long-term growth plans."

Apple is reporting a very strong quarter with double digit revenue growth across our product and services categories and in every geographic segment. We set a new June quarter revenue record of $81.4 billion dollars, up 36% from last year, and the vast majority of markets we tracked grew double digits, with especially strong growth in emerging markets, including India, Latin America and Vietnam. Total retail sales also set a June quarter record, and almost all of our retail stores have now opened their doors.

This quarter saw a growing sense of optimism from consumers in the United States and around the world, driving renewed hope for a better future and for all that innovation can make possible.

But as the last 18 months have demonstrated many times before, progress made is not progress guaranteed. An uneven recovery to the pandemic and a Delta variant surging in many countries around the world have shown us once again that the road to recovery will be a winding one. In the midst of that enduring adversity, we are especially humbled that our technology has continued to play a key role in keeping our customers connected.

Just last month, it was great to be back with our teams and customers for the opening of our newest retail store in Los Angeles, Apple Tower Theater. It was a hopeful reminder of the energy and sense of community, shared spaces bring and how appreciative we all are now of the simple privilege of talking to one another, face to face. As we look forward to more in-person interactions in the future, we're doubling down on innovation and doing all we can to help chart a course to a healthier and more equitable world.

I'll have more to say about our work in those areas a bit later on. But first, let's turn to our product and services categories. For iPhone, this quarter saw very strong double digit growth in each geographic segment, and we continue to be heartened by customers response to the iPhone 12 lineup. We're only in the early innings of 5G, but its already incredible performance and speed have made a significant impact on how people can get the most out of our technology.

Customers love iPhone 12 for its super fast 5G speeds, A14 Bionic chip and Dolby Vision camera never seen before in a phone. Users continue to rely on iPad and Mac to work, learn, create, and connect. iPad had its highest June quarter in nearly a decade, while Mac set an all time June quarter record. We've seen a great response to the new iMac and iPad Pro, both powered by the M1 chip's exceptional speed and power efficient performance.

The iMac's remarkable, thin design and vibrant colors have made it a favorite for users everywhere. And the iPad continues to be an incredibly versatile tool in our user's toolbox, inspiring creativity and connection, and keeping us entertained and productive in equal measure.

It was another very strong quarter for wearables, home and accessories, which set a new June quarter record while helping people find more ways to stay entertained, healthy, and connected at home and on the go. Apple Watch remains the go-to choice for users to stay on top of their health and reach their fitness goals.

And our newest accessory AirTag, began shipping to an enthusiastic response from customers, making the Find My network more useful than ever while protecting user privacy.

Turning to services, which set a new all time revenue record as we continue to roll out innovative new features and programing. We're proud to be the recipients of 35 Emmy nominations this year, which speaks to the quality of our programing and an enthusiastic reception from customers and critics alike. Apple TV plus users are loving series like Mythic Quest and anticipating groundbreaking films like Coda, which premieres next month.

And of course, Ted Lasso kicked off season two just last week and continues to win over viewers with its heartwarming message about the power of community, compassion and hope. We also introduced Apple Podcast Subscriptions, a global marketplace for users to discover exclusive content and support their favorite creators. And we launched Spatial Audio for Apple Music, a cinematic listening experience that promises to change how music fans listen, and musicians create even more immersive, layered, and beautiful songs. Last month, we shared many exciting new features at WWDC, but more powerful than any of them was the incredible showing of developers from all walks of life and around the world.

The new tools we announced will help developers harness cutting edge technologies, like augmented reality, reach new users and customize their experience on the App Store, or learn to update or invent an app with Swift, Apple's powerful and intuitive programming language. Today's investments in education and coding translate to tomorrow's small businesses and groundbreaking new apps. The next app, the next act of an app economy already creating jobs and opportunity around the world. In June, a new study by the Analysis Group found that it was another record year for App Store developers, whose combined billings and sales increased by 24 percent to 643 billion dollars in 2020.

The app economy continues to be an incredible engine of prosperity and opportunity, fueled by the ceaseless striving of developers to make apps that enrich people's lives. Much like the developer community, we are diehard optimists about technology's potential to help people live happier, healthier, and more fulfilled lives. Goals that shine through with powerful new updates coming to iOS, iPadOS, macOS and watchOS this fall. That begins with innovative new features that help users stay connected with one another, like SharePlay and Spatial Audio for FaceTime, or disconnect when they need a break, like Focus, which limits distracting notifications when you're winding down for bed or concentrating at work.

And new productivity features make iPad an even more useful tool for multitasking, helping users navigate across apps, split their screen, or use Quick Note to capture a thought the moment inspiration strikes. In the Health space, our new Health Sharing feature will make it easier than ever to securely share your Health data with loved ones. That includes new capabilities like Walking Steadiness, which uses sensors to assess user stability, doing everyday tasks, and recommends exercises to improve stability and avoid a fall.

In the belief that privacy is a fundamental human right, we share new features in iOS 15 that continue to drive our progress forward, from mail privacy protection, which stops invisible pixels in an email from tracking your mail activity to App Privacy Report, which helps users check on the apps they've granted permission to use their personal data.

We also introduced some incredible next generation technologies coming to the Accessibility space. From Assistive Touch, which helps people with limb differences navigate Apple Watch, to new VoiceOver capabilities to help blind and low vision users, Accessibility remains a bedrock principle for us in the simple belief that the best technology for the world should be the best technology for everyone.

Random Points from Tim Cook during the Q&A Session

During Cook's Q&A session he added that "It was an incredibly strong quarter. It set a June quarter revenue record for greater China for us."

"We did have an incredible quarter for the emerging markets. In Q3, we set June quarter records in Mexico and Brazil and Chile and Turkey and UAE and Poland and Czech Republic, India, obviously, and China, as I talked about before, Thailand, Malaysia, Vietnam, Cambodia, Indonesia. I could go on and name a few more. It's a very long list. And so those are those results are for the entire line of products that we have.

On China: "We grew 58 percent, so it was a strong quarter and embedded in that was a quarterly record for services, which includes the App Store. And so we're seeing strength in China. The economy has really bounced back there fairly quickly from from COVID."