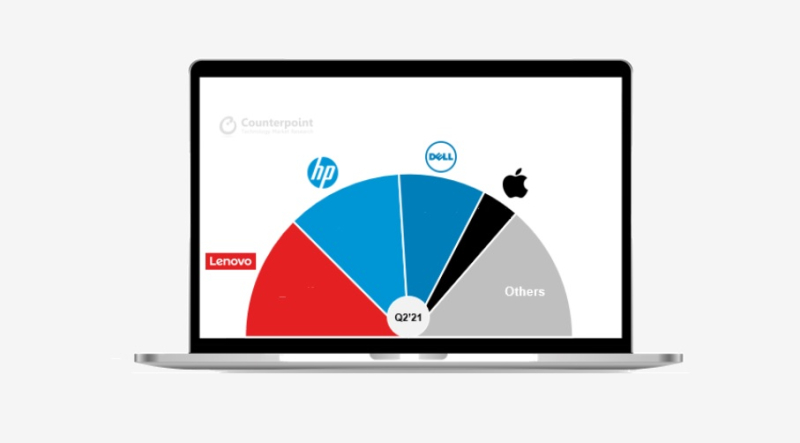 Global PC demand continued to grow in Q2 2021 amid component shortages, with shipments increasing 15% YoY to 80.1 million during the quarter, according to Counterpoint Research’s latest data. This growth was largely driven by work-from-home and distance learning requirements triggered by the COVID-19 outbreak. In terms of shipment mix, both commercial and consumer demand remained strong, with models from the former category outpacing the latter one.

Thanks to the introduction of Apple Silicon M1, Macs had their greatest Q2 sales ever and reached 6 million shipments in the quarter and 90% Macs are powered by M1 chips.

Associate Director Brady Wang: "The M1 can meet most of the general demands. However, it is not only a replacement for the Intel CPU but also allows Apple to develop new apps and create fully controlled ecosystems. Furthermore, M1-powered Macs can help Apple improve its profit margin by increasing Mac store sales and lowering production expenses."

Apple's CEO Tim Cook noted during Apple's Financial Conference call this week that "iPad had its highest June quarter in nearly a decade, while Mac set an all time June quarter record. We've seen a great response to the new iMac and iPad Pro, both powered by the M1 chip's exceptional speed and power efficient performance." 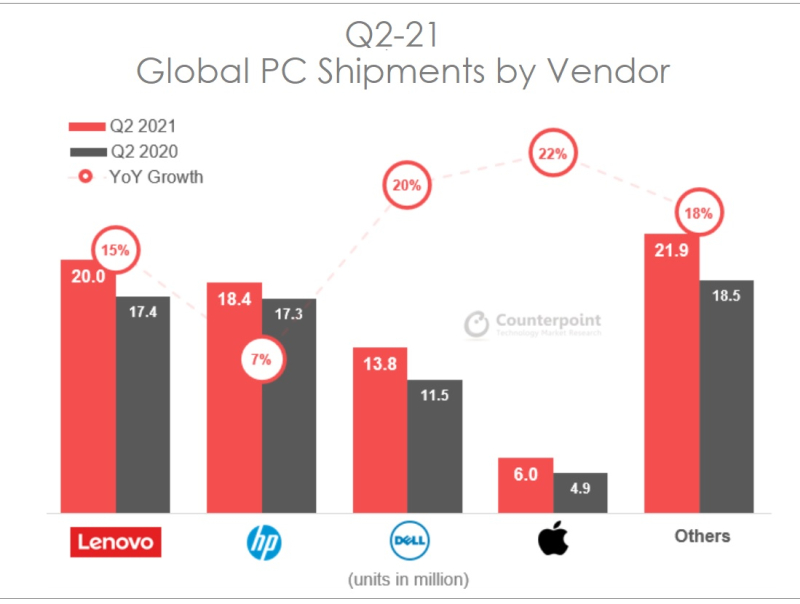 Research Analyst William Li: "We expect double-digit shipment growth in 2021 but have reduced the number slightly to factor in component shortages and Chromebook sales slowdown. In 2022, demand triggered by the new Windows 11 and post-pandemic work patterns will not be sufficient to further boost the gigantic expansion of 2021. Therefore, we may see a relatively soft market next year."