Home Archives Contact Us Subscribe Twitter MeWe Facebook Patently Mobile
In the last year, iOS has Captured 50% of new smartphone activations in the U.S., equal with Android, yet with Loyalty stats higher for iPhone
Apple responds to an International Amnesty report listing the iPhone as being vulnerable to Pegasus Spyware used against journalists+ 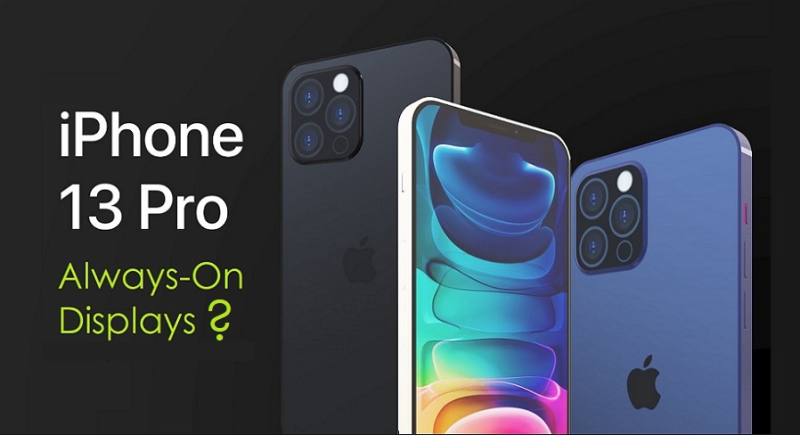 I don't know about you, but I'm always recharging my iPhone. It's annoying. The latest round of rumors from Mark Gurman now makes the wild claim that Apple may be planning to offer 'Always-On' displays on iPhone – perhaps the iPhone Pro.

As much as everyone would love that killer feature, it's a hard one to swallow at this point in time unless Apple is planning to announce a new battery breakthrough or integrating the M1's great battery performance.

Then again, earlier this month we posted a report on the M1's phenomenal  batter life. The news, by way of a Tom's Guide interview with Bob Borchers, noted the following: "When we saw that first system and then played with it for a few hours and the battery didn't move, we thought ‘Oh man, that's a bug, the battery indicator is broken. And then Tim Millet,  VP of platform architecture at Apple, was laughing in the background, ‘Nope, that's the way it's supposed to be’ and it was pretty phenomenal." In that light, Gurman's rumor almost sounds viable.

The iPhone 13 delivering 120Hz refresh rates mentioned in the newsletter is old news and being a slow news cycle, Gurman rehashed a series of previous rumors. For more, sign up for Gurman's 'Power On' newsletter.