While Apple's 5G iPhone 12 is a raging success in most major markets around the world, Apple continues to Struggle in Latin America 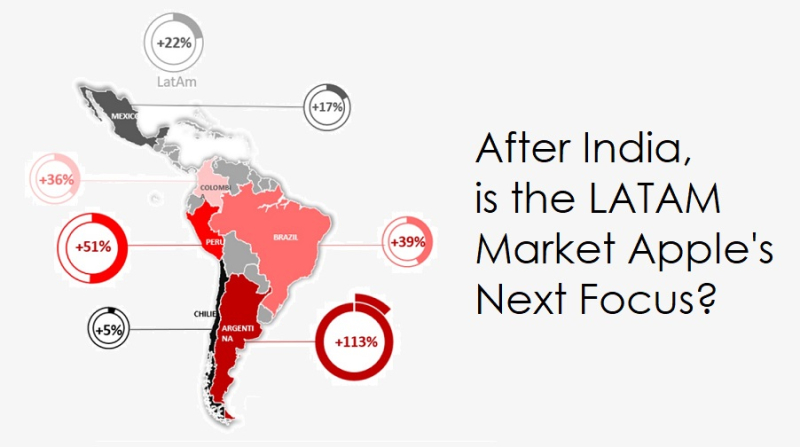 It's no secret that Apple's 5G iPhone 12 has been a raging success on a global scale, but in Latin America (LATAM), not so much. While LATAM smartphone shipments surged by 22.1% YoY in Q1 2021, Apple has struggled in this market showing the smallest growth amongst their top five competitors. Even LG, who shut down their smartphone business officially in April due to poor sales did better than Apple in Q1 2021 as indicated in the chart below.

The good news, if any, is that the 5G iPhone 12 led the introduction of 5G handsets in the region, though 5G isn't selling well for any vendor in the region at this point in time. For Apple, the iPhone 11 was still it's biggest seller.

Commenting on the regional performance, Research Analyst  Parv Sharma said, "All major LATAM countries except Chile saw double-digit growth. Argentina, Peru and Brazil drove the region’s overall growth. The economic recession due to the pandemic failed to diminish the volume of smartphones sold in the region, partly because of the smartphone becoming an essential gadget and partly due to the OEMs driving the market. However, the pandemic did impact the consumer’s smartphone purchase budget, which the OEMs were fast to react to and increase their entry-level models."

Historically speaking, Apple has never focused on emerging markets like Russia, Pakistan, Brazil, India, Vietnam and so forth. That's slowly changing with Apple deciding to go full tilt in India by creating a new supply chain for iPhones, opening an online store and still has plans to have brick and mortar stores within the next year or so.

Earlier this year Apple added a new board member by the name of Monica Lozano who was a trailblazer in Hispanic media and business. Whether Apple's new hire signals Apple's desire to attack the Latin American market more aggressively in the future is unknown at this time, but it was a positive and strategic step to be sure.

At Davos 2019, Tim Cook was seen sitting at a table with the President of Brazil as noted in the tweet below. In a secondary Tweet, Tim Cook is shown holding a sign stating "Brazil, country of opportunities." It would appear that Apple is exploring a stronger more concentrated market move in Latin America, with the timing still a mystery.

Tim Cook and Satya Nadella having dinner in Davos with Jair Bolsonaro, the far-right president of Brazil pic.twitter.com/wQgn9b7SuO

In the Counterpoint chart below we're able to see where the growth in smartphone shipments came from for LATAM in Q1 2021. 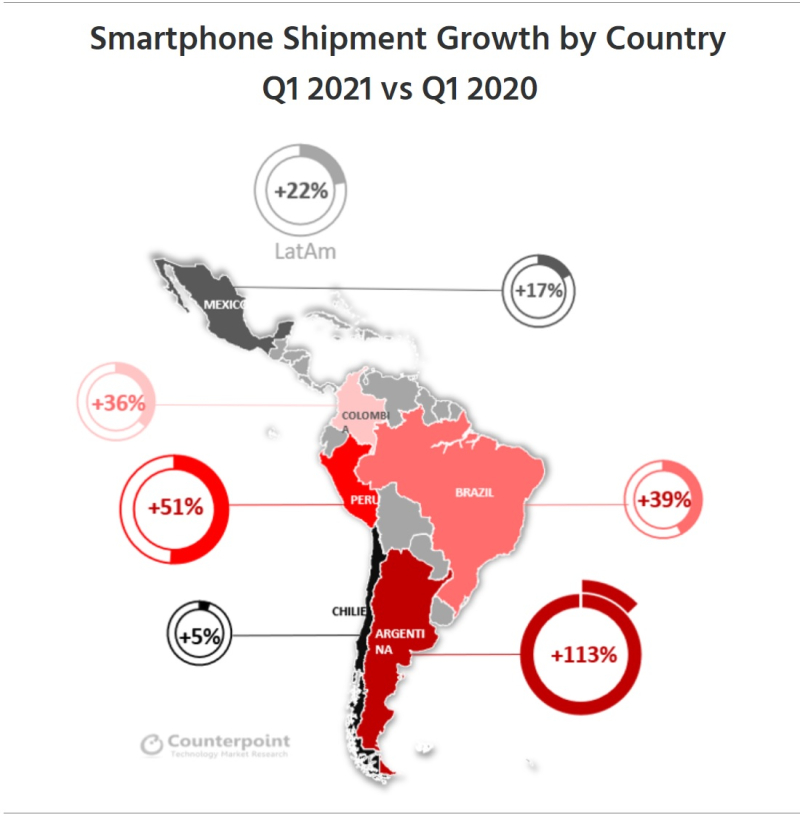 As for the LATAM market in Q1-21, Samsung remained the region’s leading brand. It was aggressive on the sell-in front. Four out of ten smartphones sold in the LATAM market were from this OEM. Samsung’s volume increased QoQ despite the seasonality factor. It started 2021 by renewing part of its A-series portfolio. It also advertised heavily during the launch of new flagship models — Galaxy S21, Galaxy S21 Plus and Galaxy S21 Ultra — in February. This drove higher sales for all the other lines from this brand.

Motorola remained a solid second player in the region, although closely challenged by Xiaomi and even OPPO in Mexico. For more on the LATAM market in Q1-21, read the full Counterpoint report.