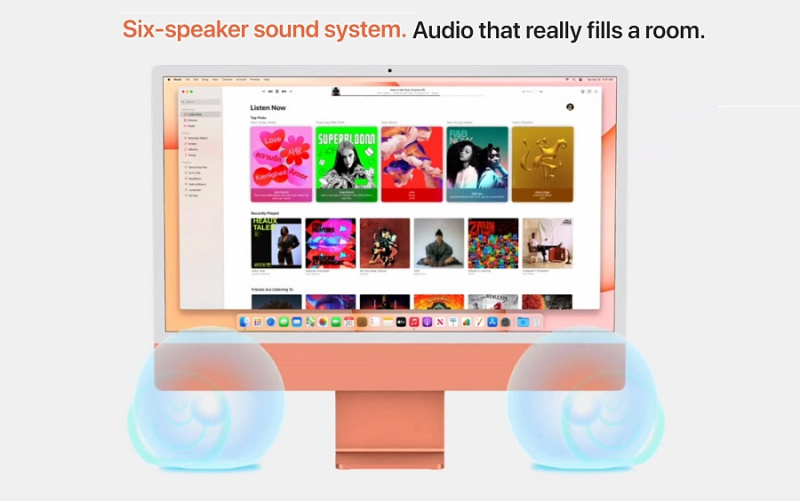 Today the US Patent & Trademark Office published a patent application from Apple that relates to the new iMac six-speaker sound system as Apple promotes in their marketing as noted in our cover graphic above. Apple's patent point #0011 states that electronic device comprises a speaker enclosure that includes a six-sided box.

In the bigger picture, Apple notes that due to the increasing demand for electronic device components with reduced dimensions, yet high performance, integrated speaker assemblies can be designed with limited space available for a back volume.

Back volume, also referred to as speaker volume, is the empty air space in communication with the speaker that can provide air to push against to prevent the speaker from being overdriven. One purpose of the back volume is to contain the back wave or negative wave emitted from the speaker so that the back wave cannot radiate into the ambient atmosphere and interfere with the positive sound waves, thereby allowing for desired levels of acoustic performance. 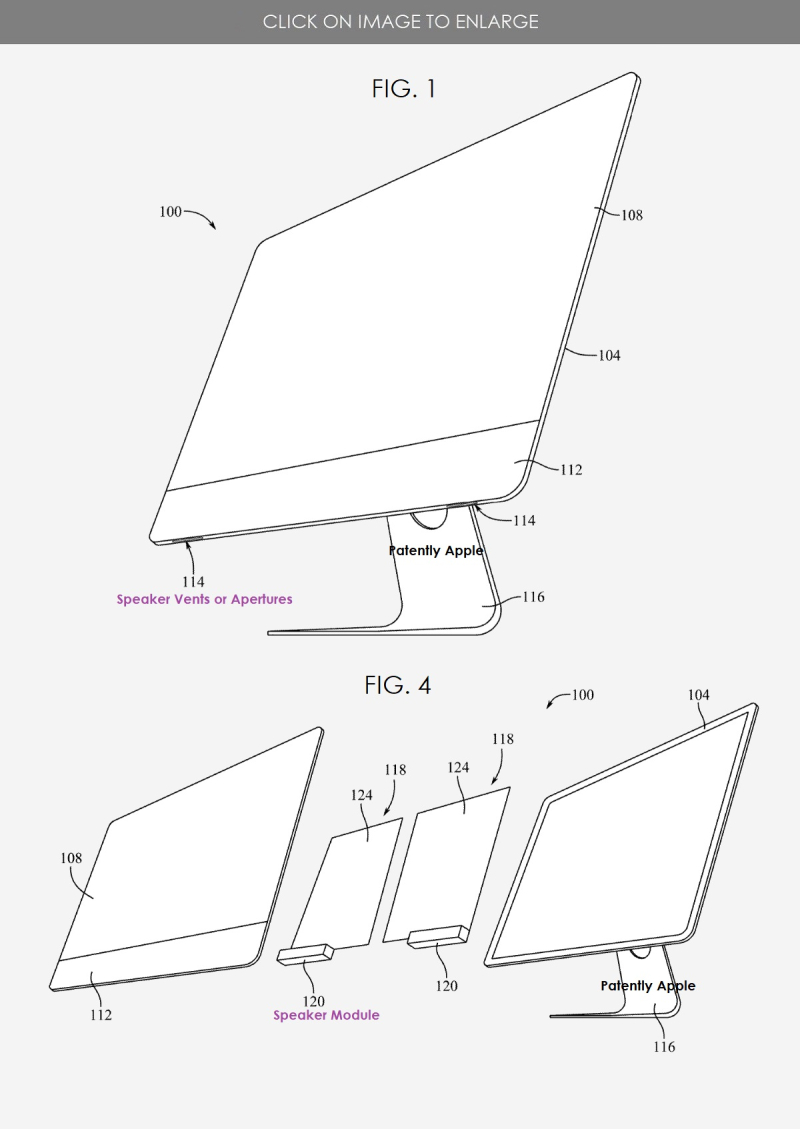 Apple's patent figures below represent the various configuration considerations that the engineers presented for the new thin-line iMac speakers. 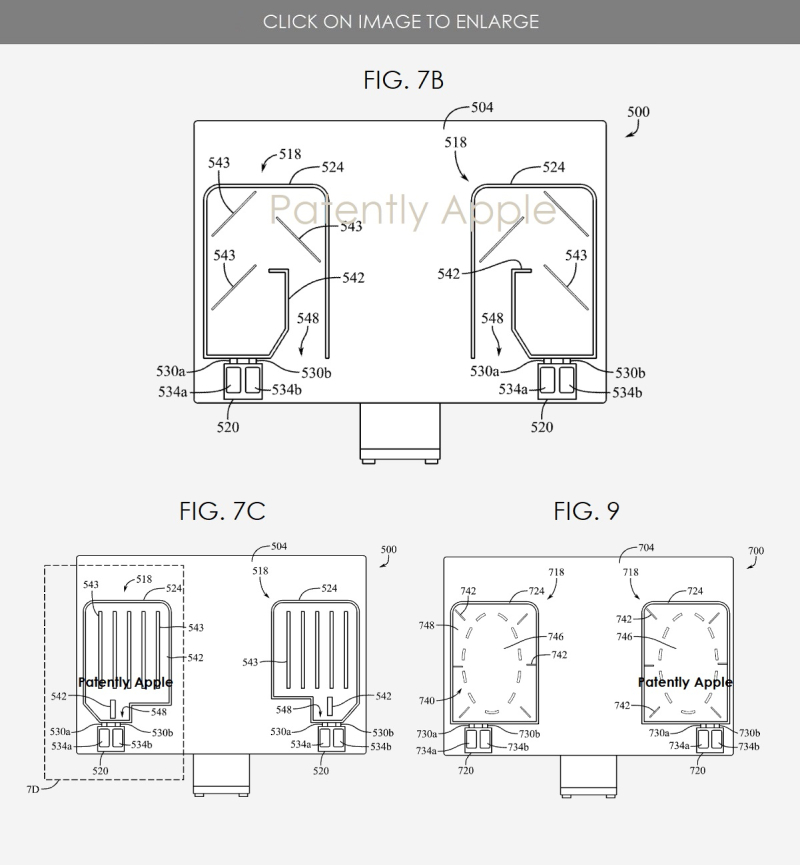 In some examples, the material and/or thickness of the wall or walls of the enclosure provides the stiffness and strength in the rigid portion, and the flexibility and tolerance in the flexible portion. In other words, the support ribs may not be necessary to create a passive radiator within the speaker enclosure.

If you're interesting in diving into the finer details behind the new iMac's speaker system, then review Apple's patent application number 20210176547. Today's patent could be considered a patent fulfilled with the release of the new 2021 iMac.