Home Archives Contact Us Subscribe Twitter MeWe Facebook Patently Mobile
Apple continues their work on a Radial Menu System for iOS with or without Apple Pencil support
Retail Chief Deirdre O’Brien says that Apple will be expanding Retail Operations in the U.S. and adding new Features 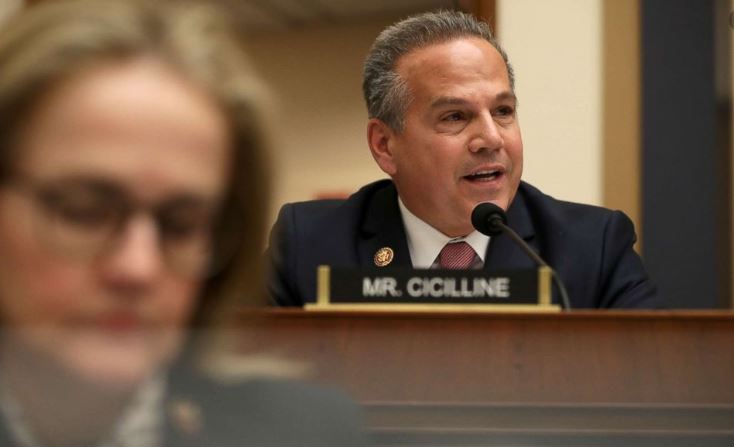 A House committee approved far-reaching legislation to curb the market dominance of tech giants, including Apple, Google, Amazon and others. Behind the scenes there was intensive lobbying in play hoping to slow the committee’s work and foreshadow a pitched battle in the Senate.

The centerpiece of the six-bill package, a measure to bar big tech companies from favoring their own products in a range of circumstances on their platforms, was approved early Thursday by a vote of 24 to 20. The bills must still pass the full House, where the timetable for bringing them to the floor for final votes remains unclear.

The debate over the House Judiciary Committee’s legislation started Wednesday morning and continued into Thursday morning, as Republicans—and some Democrats—raised concerns and floated amendments.

After the vote Rep. David Cicilline (D-R.I.), chairman of the Subcommittee on Antitrust, Commercial and Administrative Law said: "At its core, this issue is fundamentally about whether or not we have an economy where businesses fighting for economic survival can actually succeed."

Yesterday Patently Apple posted a report showing that Apple had gone Full-Tilt offensively against a series of the antitrust bills. Today, the WSJ report adds that "Google pushed lawmakers to delay action on the bills pending more debate. Mark Isakowitz, vice president of government affairs and public policy for Google stated that "American consumers and small businesses would be shocked at how these bills would break many of their favorite services. This would all dramatically undermine U.S. technology leadership, damage the way small businesses connect with consumers and raise serious privacy and security concerns."

Many Republicans voiced concern that the package was overreaching by handing too much new power to government agencies, while a few tech-friendly Democrats raised concerns that the legislation had not been adequately refined. For more on this story, read the full Wall Street Journal report.